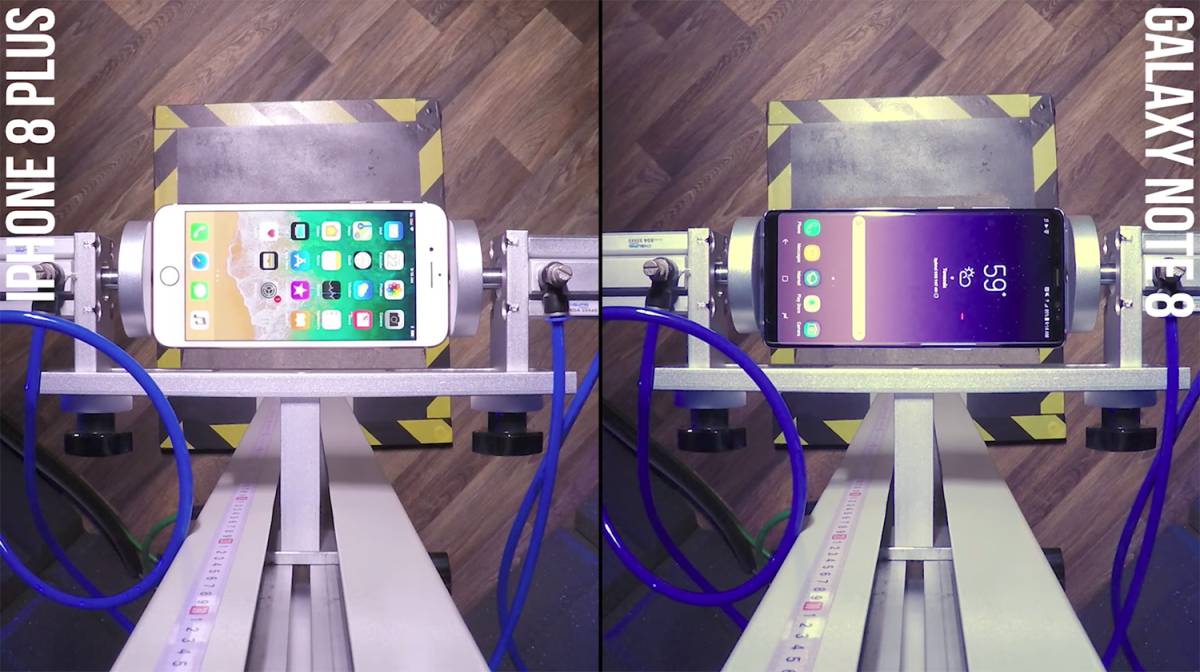 When Apple unveiled the iPhone 8, iPhone 8 Plus, and iPhone X during its big September press conference a couple of weeks ago, the company said the glass backs on the phones is the strongest glass ever to be used on a smartphone. There’s no reason to beat around the bush: that was a lie. Apple has been known to bend and stretch the truth from time to time, and the company’s executives are nothing if not dramatic while unveiling new products. But the claim that the glass back on the iPhone 8, iPhone 8 Plus, and iPhone X is the strongest ever isn’t just dramatic, it’s disingenuous. Don’t believe us? Let’s check out a brand new test that utilized a professional drop test machine.

The glass backs on Apple’s new 2017 iPhone lineup might be really strong. They might even have a copper-infused layer like Apple said on stage earlier this month. But the claim that these phones contain the strongest glass ever to be used on a smartphone is flat-out ridiculous.

YouTuber PhoneBuff has access to a professional drop test machine that he uses each time a major smartphone is released. And this past Friday when the iPhone 8 and iPhone 8 Plus were released, he fired it up. Since Samsung beat Apple to the punch with all-glass smartphone backs, PhoneBuff pitted the new iPhone 8 Plus against its top rival from Samsung, the Galaxy Note 8?

Both phones did horribly.

The video begins with a back-down drop test (start watching at 1:29 if you want to skip a really long ad) with both phones. And wouldn’t you know it… the backs on both phones were smashed. After the first drop. Apple’s strongest glass ever couldn’t even survive a single drop without shattering.

Yeah, it wasn’t pretty. What to see what a drop test looks like with a device that actually does utilize the strongest glass ever to be used on a smartphone? Here you go:

Yup, it’s the Moto Z2 Force. The video above might be a promotional video, but you can search YouTube and find dozens of videos just like it. I myself dropped the phone on its face and corners more than 10 times in a row while testing it, and the glass held up just fine.

Apple said a lot of things about its new iPhones when it unveiled them on the 12th, and many of them were true. The phones are faster and more powerful than another other handsets on the planet, and they’re easily the best iPhones that have been created to date. They might be the best smartphones, period, that have been created to date. But Apple’s claim regarding the glass backs is a lie and if you use your new iPhone without a case, you’re going to break it.