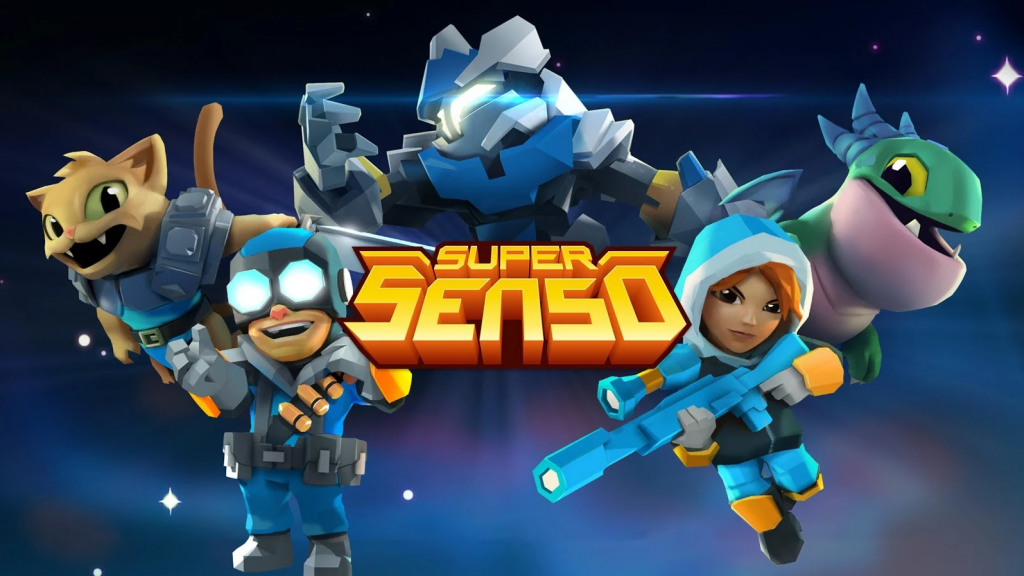 Whether you’re in the mood for fast-paced action or thoughtful, deliberate strategy, the Apple App Store has you covered this week with a killer selection of free games. I’ve always been a sucker for the Robot Unicorn Attack games, so a sequel is at the top of my list of things to download this weekend, but Super Senso — a turn-based strategy game in the vein of Advance Wars — is a close second. 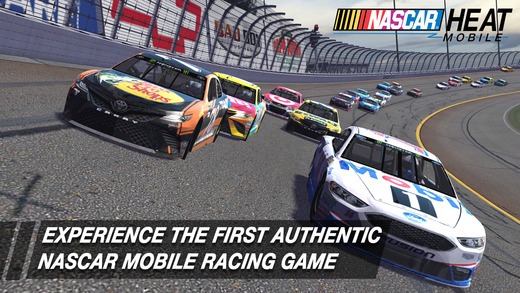 DO YOU HAVE WHAT IT TAKES TO BECOME THE NEXT MONSTER ENERGY NASCAR CUP SERIES CHAMPION?

WELCOME TO NASCAR HEAT MOBILE
The only officially licensed, authentic NASCAR racing experience for iPhone, iPod Touch & iPad! NASCAR Heat Mobile exclusively combines the adrenaline of 200MPH stock car racing with the ability to build your own NASCAR empire in the Fan Zone.

TAKE THE WHEEL
Put yourself in the driver’s seat and experience the fast-paced thrills of NASCAR as you race from coast to coast on all 23 iconic NASCAR sanctioned tracks. Customize the way you race with tilt or touch controls, fine-tune steering assists and sensitivity adjustments, and change camera angles to drive your way.

BUILD YOUR NASCAR EMPIRE IN THE FAN ZONE
From Ferris Wheels and Blimps to Hot Dog Carts and Fuel Stations, you can customize your Fan Zone with 35+ buildings and decorations. Whether it’s cutting down installation time in the garage, reducing R&D costs, or earning in-game currency, each building has a special reward as you embark to make history on the track.

Improve your stock car. Hit the track. Build an empire. 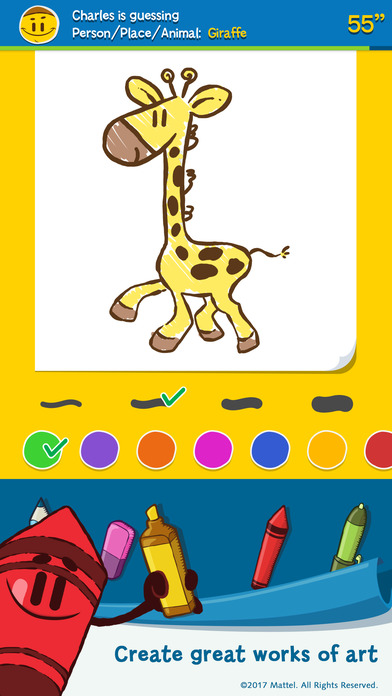 The classic drawing game comes to life on your mobile phone. Two exciting game modes let you choose between drawing colorful masterpieces or playing a real-time, 2 vs 2 challenge where winner takes all! Sketch your way to the top to win great prizes!

The best-selling board game has been reborn as a digital and dynamic experience. Take turns painting and guessing thousands of words from various categories. Create impromptu works of art to challenge your friends. How would you draw ‘cool as a cucumber’? How would you doodle ‘dignity’?

You don’t have to be a professional artist to enjoy the game. Use your wits to get your point across and earn prize chests. Level up your paintbrush and add new colors to your palette. Feed your creativity! 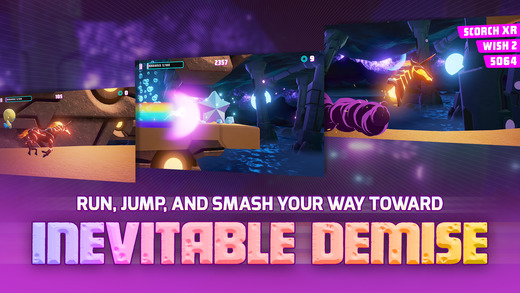 Behold mobile gaming’s glorious return to glitter-clad annihilation in Robot Unicorn Attack 3! Dash through the sparkling stars; this time with a team of three runners at your fingertips. Gallop into the unending beyond, crashing through golden fairies to unleash Radiant Blast Mode. Build your citadel from the tears of failures past and construct stables to house ever more dazzling allies. Send your magnificent fleet forth on raids to collect gleaming piles of soul crystals. Recycle these unfortunate souls at mystical forges to conjure new unicorns and fuel your unstoppable glitzkrieg! 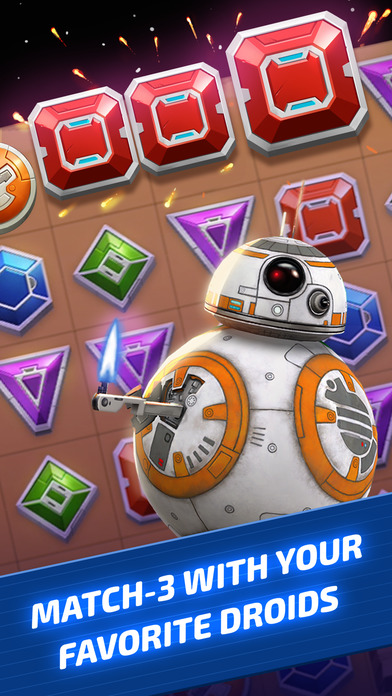 Explore the galaxy with your favorite droids to experience the Star Wars™ saga like never before in a brand new match-3 adventure. Tap into BB-8’s memories for an epic retelling from his unique perspective of Star Wars: The Force Awakens. The journey will feature familiar scenes and previously untold moments alongside exciting gameplay and interactive puzzle boards. You’ll even meet characters such as Rey, Finn, and Poe Dameron and take on the First Order. Are you ready to embark on the ultimate Star Wars puzzle adventure?

• UNLOCK memories to experience iconic moments and previously untold stories through the eyes of your favorite Star Wars droids
• MATCH-3 to create combos, clear obstacles, and face-off against enemies in over 50 levels
• UNLEASH epic power-ups to help you clear the board and complete your goals
• EXPLORE a galaxy far, far away! Journey across Jakku and escape the First Order alongside BB-8
• COMPLETE missions and collect memory discs to unlock the most heroic memories to continue your adventure 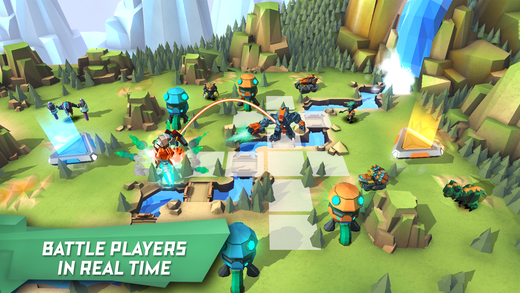 Ready, set, SENSO! Assemble a mash-up squad of armored tanks, cats and dinosaurs, tentacled aliens, giant mechs, creepy zombies, and more in SUPER SENSO, a blazing fast turn-based action-strategy game set to usher in a new era of mobile competition. When armies collide, will you be able to outsmart and obliterate your opponents?

● Battle players from around the world in real-time PvP multiplayer matches
● Climb the global Lightning Challenge Leaderboard to win epic prizes
● Collect and level-up SENSO heroes that fit your play style! Whether it’s soaring over opponents with Chuck or dominating on defense with Guardian, the choice is yours!
● Earn chests to unlock powerful new units and upgrade existing ones
● Immerse yourself in a stunning world of AAA quality, high-fidelity 3D battle maps and HD characters 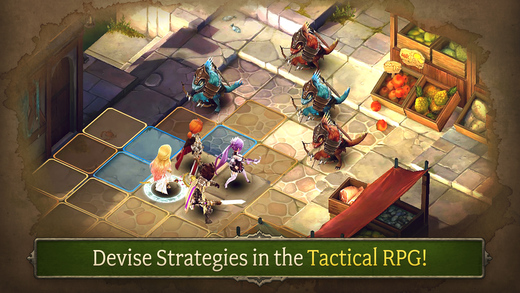 Your Turn, Your Move, Your Destiny
The last Great War was a terrible struggle that reshaped the world.
The God of Destruction unleashed powerful Dark forces bent on plunging the world into chaos. All hope seemed lost.
In the end, it was through the strength of Men and the sacrifice of Arwyn the Hero-King that the Allied Races were able to drive out the Darkness.
Alas, the peace was short-lived as fighting broke out once more over the crown of the fallen Hero-King.
But little do they know that a Dark threat moves closer in the shadows…
The epic adventure of Eshirite, the Child of Destiny begins now!

■ Lose yourself in the immersive storyline
■ Play unique heroes with stunning skills
■ Explore the different PvE and PvP modes (Story, Adventure, Arena, and more)
■ Construct your ultimate Battle Party based on your heroes’ strengths, elements, and equipment
■ Hone your skills and try out different battle tactics as you progress through the game
■ Experience the thrill of a true strategy RPG at the touch of your fingertips

Download War of Crown free on the App Store