Have you ever bought an Xbox One game that looked interesting but turned out not to be for you? If so, you’ll never have to worry about eating the cost again as Microsoft is preparing to offer self-service refunds for apps and games bought digitally on Xbox One and Windows 10 PCs. The feature began rolling out to Xbox Insiders in the Alpha ring this week, but it should be available for everyone in the near future. 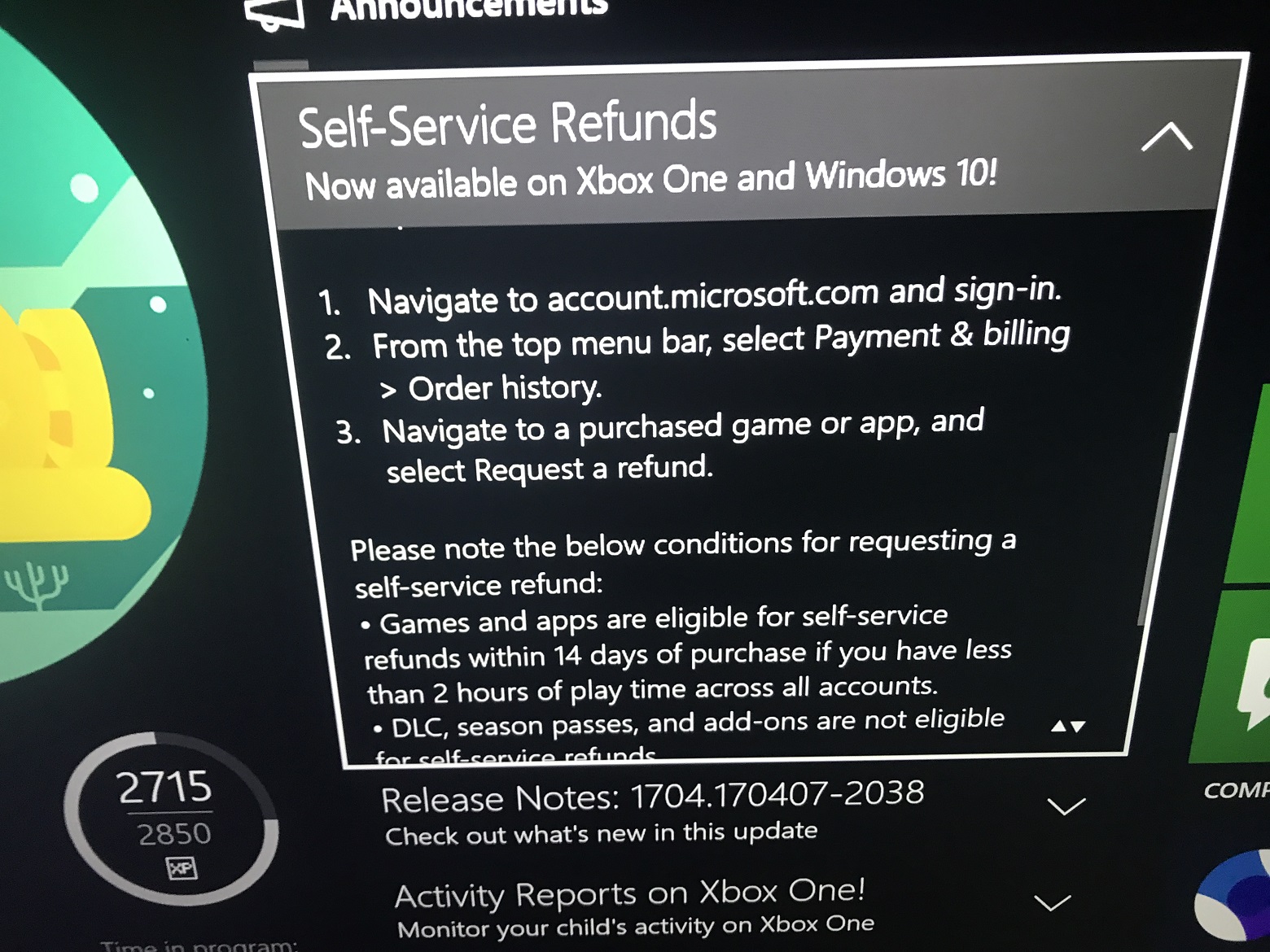 All you need to do to request a refund (once the feature goes live) is head to account.microsoft.com, sign in, navigate to Payment & billing > Order history from the top menu bar, find the game or app you want to “return” and click Request a refund. There are some rules, of course, which you can read below:

All in all, this looks basically identical to the refund system that Valve put in place for Steam users, but it’s encouraging to see other companies jumping on board the digital refund train as well.