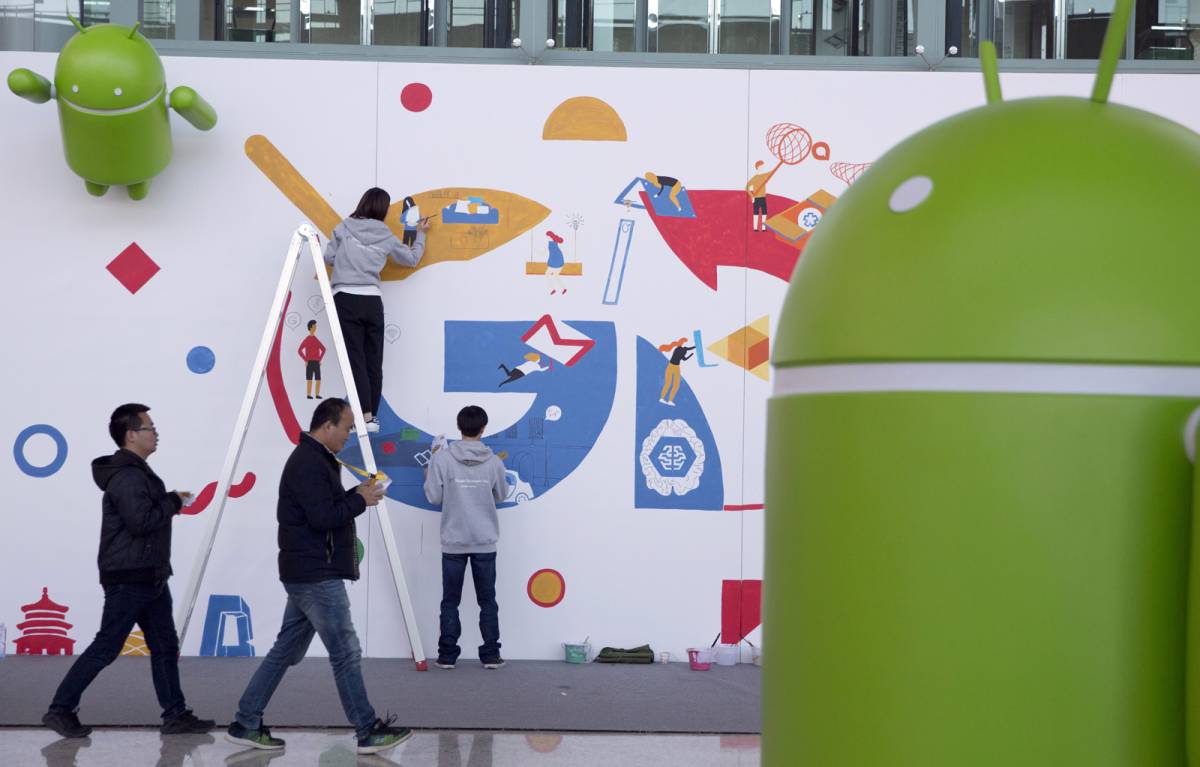 Apple’s iOS platform and Google’s Android platform both emerged at around the same time a decade ago, but there’s precious little question that one platform in particular was steering the ship in the early days. Google’s Android team had been hard at work building a boring BlackBerry clone, but Google did something that other platform makers failed at miserably. Google took one look at the iPhone Apple unveiled in early 2007 and it instantly knew it was cloning the wrong mobile experience. Meanwhile, big cell phone companies like Nokia, BlackBerry and Microsoft kept chugging along without adapting at all.

Google’s reworked Android platform would launch commercially in late 2008 on the HTC Dream/G1, and it wisely resembled Apple’s iPhone far more than it resembled a BlackBerry phone. In the years that followed, Apple and Google would go on to overtake the global cell phone market as other platforms floundered and failed. It’s clear that iOS and Android took inspiration from each other every step of the way, but in this post we’ll look at five ways in particular that Android took Apple’s ideas from the iPhone and made them even better in Android.

Just like the touchscreen itself, high-resolution displays have become ubiquitous and as a result, it can be difficult to remember a time before smartphone displays became as sophisticated as they are right now. But it all began in 2010, when Apple started a pixel war with the Retina display on the iPhone 4.

Now, it’s important to note that while Apple had been lagging far behind market leaders like Samsung for years when it comes to display quality, the screens on the iPhone 7 and iPhone 7 Plus have narrowed the gap substantially. Although resolution hasn’t improved on either device, other improvements and support for a wider color gamut have brought Apple’s iPhones closer in display quality to AMOLED panels from the likes of Samsung.

No, Android doesn’t have better apps than iOS. In fact, the gap in user experience and overall app quality between the two platforms is just as wide now as it has been for years. While Android affords developers far more flexibility, iOS apps are alway smoother and they offer a much more consistent experience.

Where app stores are concerned, iOS and Android each have their pros and cons where app distribution is concerned — the Play Store is cluttered and confusing at times, while search is still awful in the iOS App Store — but there’s one area where Android just leapt ahead of Apple by a huge margin: Instant Apps.

The new Instant Apps feature google unveiled last year during its annual I/O developer conference is a stroke of genius. In a nutshell, it allows developers to turn a portion of their apps into web apps that can be accessed instantly without any need to purchase or even download an application. So for example, a person can begin using a portion of a paid app instantly without making any purchase. Then, a purchase can be made if the person wants to keep using the app beyond a certain point.

Android has always had some settings available in the pull-down “shade” menu, but it wasn’t until Apple’s Control Panel came around that Google stepped things up and created the versatile quick settings panel users enjoy today. Different vendors have made a wide range of tweaks to the Quick Settings menu in their various Android builds, but the endgame is the same: Users have easy access to a customizable menu that allows them to tweak more than a dozen settings from any screen.

One of the most frustrating things about the Control Panel in iOS is that it is not customizable. So, if there are settings you access constantly that aren’t included in the Control Panel, you’re just out of luck. Android, meanwhile, has a much wider range of settings that are accessible on the Quick Settings menu. What’s more, the menu is customizable so you can remove settings you don’t often use, add settings you want to be able to configure, and rearrange items in any order of your choosing.

Apple’s virtual keyboard on the iPhone was a complete game changer, but there’s little question that Apple has been lapped at this point.

First and foremost, third-party keyboard support in iOS is still horrendous. Apple’s keyboard offers a terrific typing experience thanks to a great design and class-leading touch response on iPhones and iPads, but people often want more than that. For example, swipe-style typing is hugely popular and Apple’s keyboard doesn’t support it. There are also third-party keyboard with better emoji functionality and dozens of other features that are nowhere to be found on the built-in iOS keyboard. But third-party options are severely constrained, keyboard support is buggy at best.

Android, meanwhile, has a terrific built-in keyboard but it also gives third-party developers the freedom to access all of the OS features and functions they want. The result is a keyboard experience that feels and functions like a fully integrated OEM keyboard.

Apple still gets updates out faster since it releases updates directly to end users rather than to vendor partners, but Android Nougat’s new update mechanism is brilliant. Instead of having to stop everything you’re doing to update your smartphone running Android 7.0 or later, software updates are downloaded in the background over Wi-Fi while you use the phone. Once the download is complete, everything still happens in the background because the new Android build installs to a special separate partition. Then, the next time the phone is rebooted, the new software version boots and the update it done — that’s it.