You’d think with a full recall in effect, a generous exchange program, and devices that actually explode, Samsung’s  Galaxy Note 7 would be as close to dead as a smartphone can be. That doesn’t appear to be the case, however, and as Android Police reports, the number of active Note 7 phones out there in the wild is actually still higher than several other flagship phones from competing companies.

The data, which comes via Apteligent and tracks mobile device “check-ins”, shows that the excitable Note 7 comes in higher than the LG V20 and HTC 10 Evo, and is roughly as even with Motorola’s Moto Z. Samsung’s phone has indeed shown a massive drop off in the number of users, but it somehow remains ahead of much of its competition despite its devastating safety record. 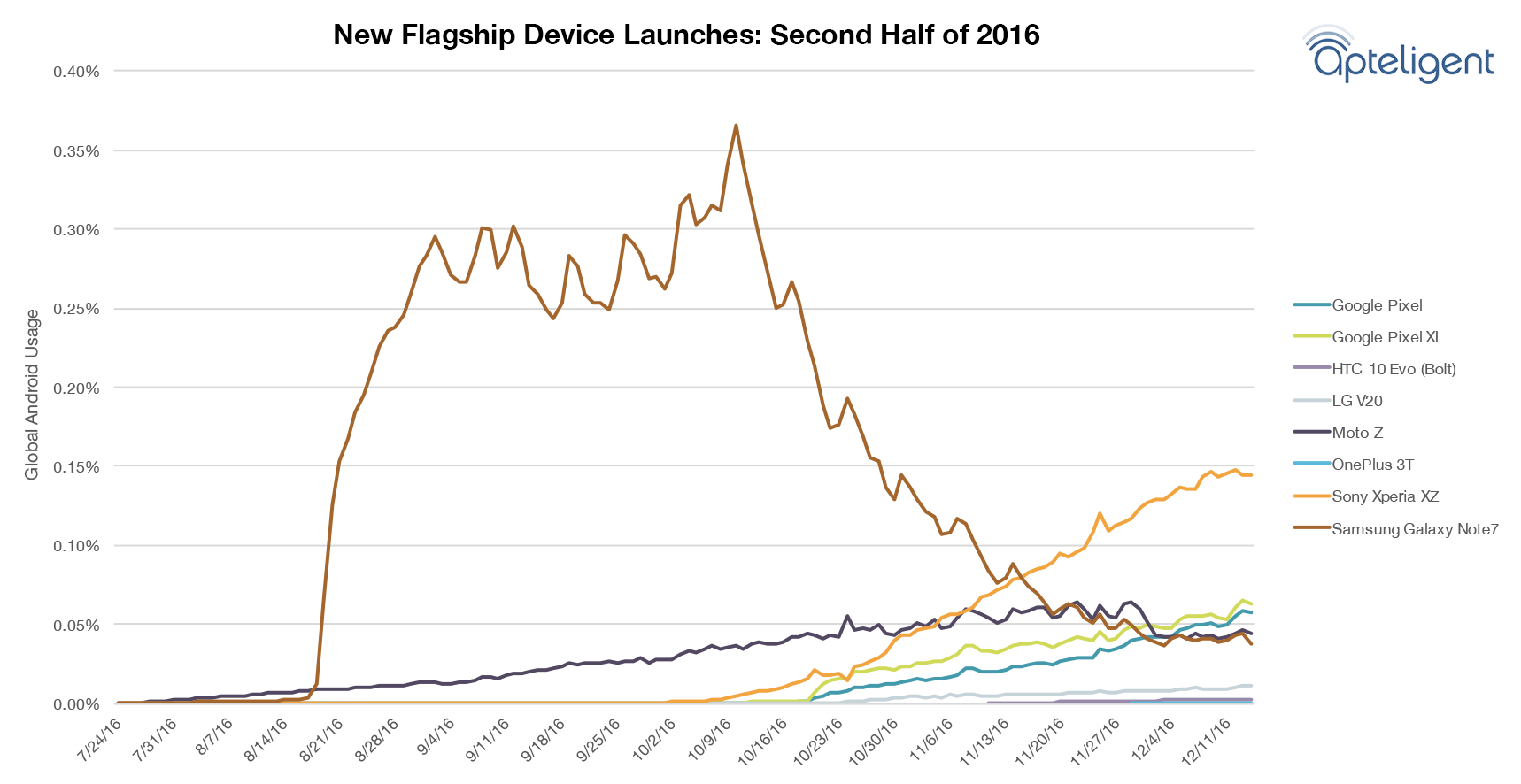 Google’s Pixel and Pixel XL come in slightly higher on the activity chart, as does Sony’s Xperia XZ, though none of those devices have managed to eclipse the Note 7’s mark prior to its recall.

it’s also interesting to note that the Note 7’s decline seems to have leveled off, suggesting that most of the users who decided to hang on to the device at this point are planning on keeping it. However, with Samsung’s recent decision to issue an update that will effectively brick the device, it’s hard to say how many of those die-hards will remain steadfast in their commitment.

That being said, there are plenty of people who are trying to find a way to keep their phone from falling victim to the manufacturer’s upcoming debilitating software update. Should they find a workaround, you can bet that there are plenty of Note 7 users who have no interest in giving up their phones, no matter how insanely dangerous that decision might seem.