The iPhone 7 isn’t nearly as boring a phone as many of us thought it might be when rumors began to spread earlier this year, but with millions of units already sold, it’s clear that many consumers find it to be a worthwhile upgrade. So how exactly are Apple fans justifying their purchase of the iPhone 7 or iPhone 7 Plus?

In a recent survey, Bank of America Merrill Lynch Research Group found the top nine reasons that American consumers are upgrading to the iPhone 7. It might not surprise you to learn that longer battery life came out on top, with a whopping 65% of respondents citing the new iPhone’s two hours of extra life.

Coming in second place with 59% is the fact that the iPhone 7 is waterproof (although it’s really only water-resistant), while camera quality was only mentioned by 54% of the people who took the survey.

The camera (especially on the iPhone 7 Plus) is arguably the most significant improvement over the iPhone 6s, but it appears that smartphone users are more concerned with their phone lasting the day than taking pretty pictures.

The final six reasons in order of importance: faster processing ability, memory, eligibility as part of a plan, dual camera, phone appearance and better color options. Yes, 47% of upgraders are simply moving on to the iPhone 7 because they are eligible to do so, but at least that’s a better reason than “better color options.” 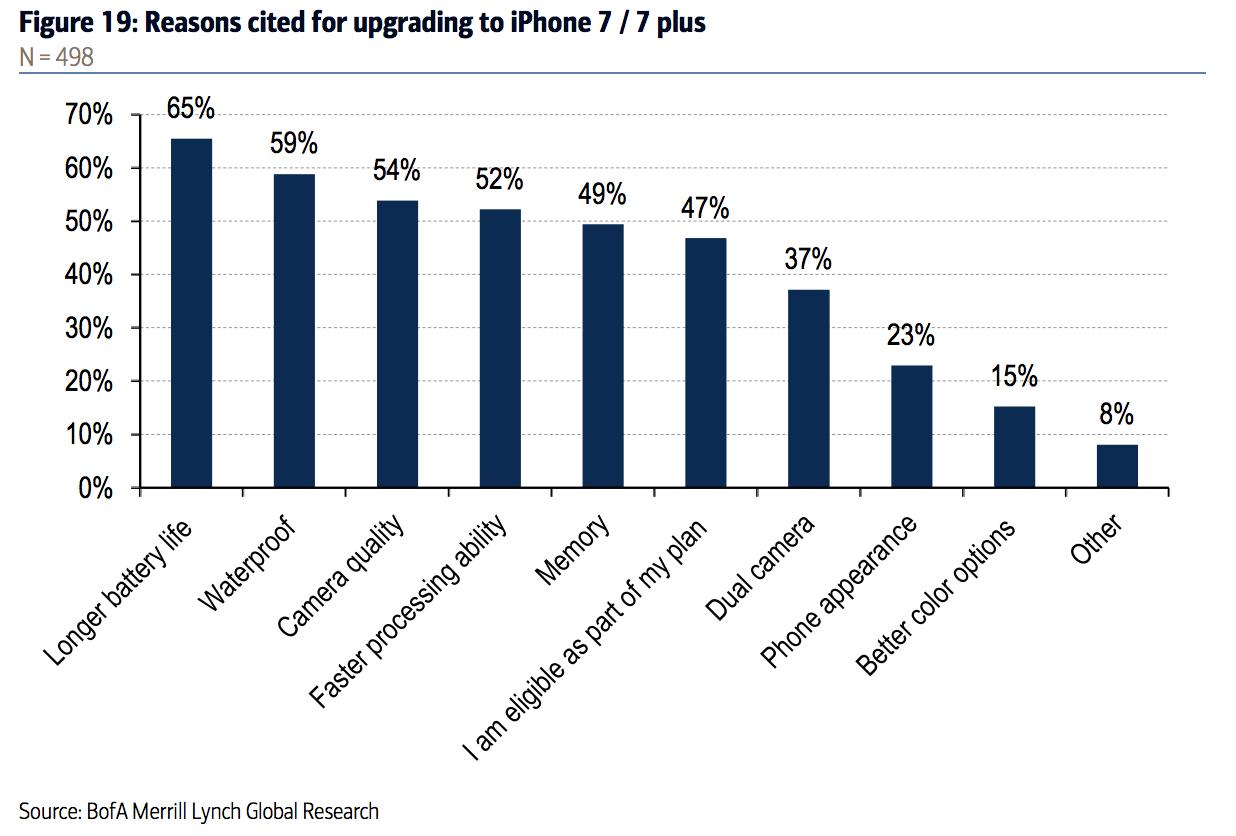