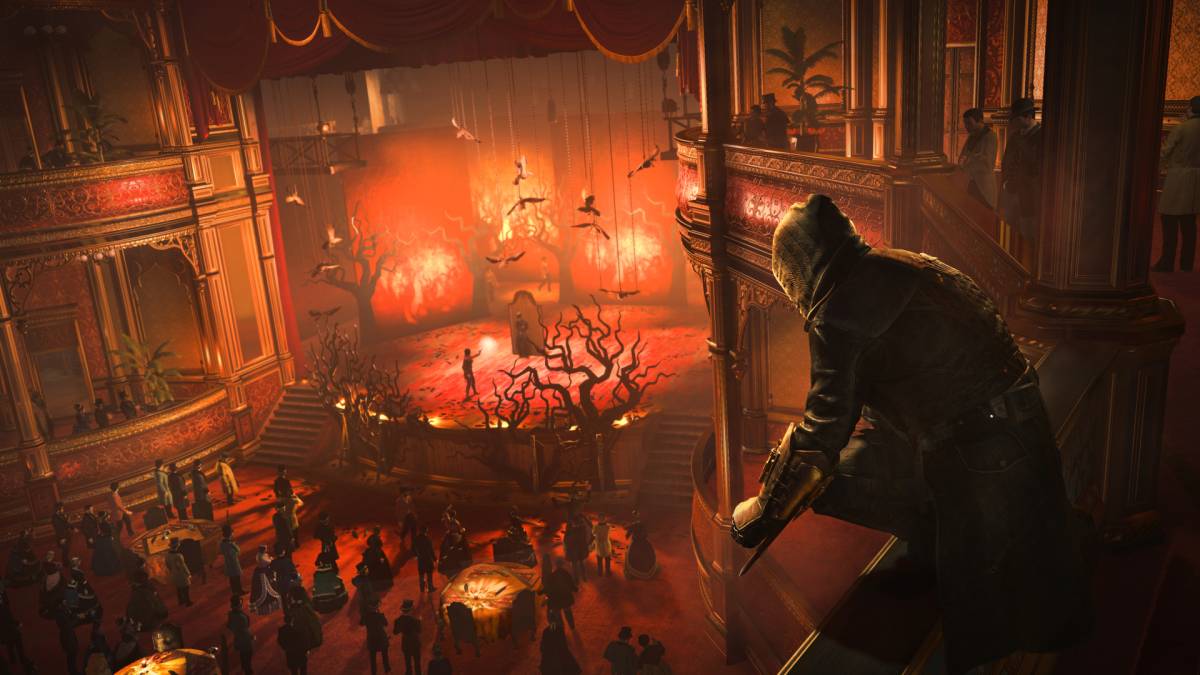 I’ve never cared much for Ubisoft’s Assassin’s Creed series. I distinctly remember the first time I got my hands on the original Assassin’s Creed — it was clunky, tedious and undeniably ambitious, but I just didn’t have fun playing it.

I’ve given other entries in the series a chance since then, but none have kept me invested for longer than a few missions. I got nothing out of Unity, Revelations didn’t really do anything for me and even Rogue, which I stuck with longer than any other Assassin’s Creed game since ACII, couldn’t keep me engaged for more than a few hours.

So you can see why I wouldn’t have much faith in Assassin’s Creed Syndicate.

Despite my hesitation, Syndicate won me over right from the start. It was paced better than Unity, it had a more coherent story (though, admittedly, the dialog can be oppressively hammy) and I wasn’t immediately tossed into an enormous open world filled with inexplicable icons.

It was a step up, and that’s all I could have hoped for.

After completing the first two tutorial missions, I was on a high. Maybe I’d finally found my Assassin’s Creed, the game that would carry me through to the end. Then I reached the open world, watched a cutscene of a street urchin pickpocketing Jacob Frye (one of two protagonists, along with his sister Evie), and as I chased him down, he got stuck under a horse-drawn carriage. The AI didn’t know what to do, so the kid just froze and I had to restart the mission.

Needless to say, I was discouraged. But I pressed onward and was pleasantly surprised to find that after spending several more hours with the game, I only ran into one glaring visual glitch (which you can see in the video below).

Where things truly turned around for me was when I unlocked the rope launcher. You might have seen this device in some of the pre-release coverage, but I can assure you that video does not do it justice. Being able to zip up to the top of a building in an instant completely changes how you approach fights and how quickly you can get around the enormous map of London.

In 2015, open worlds don’t impress me as much as they intimidate me. By throwing in the rope launcher, Ubisoft has cut down on the tedium and sped up Assassin’s Creed for the better.

Plus, as the game is set in Victorian London, horse-drawn carriages can be found on nearly every street, which means you’re never more than a few steps from an even faster mode of transportation.

It’s hard to say whether or not Syndicate is going to turn me around on the series or end up on my top 10 list at the end of the year, but I’m cautiously optimistic about most everything I’ve seen so far. Once I’ve finished the game, I’ll share a more complete review, but for now, here’s over an hour of gameplay from Assassin’s Creed Syndicate.