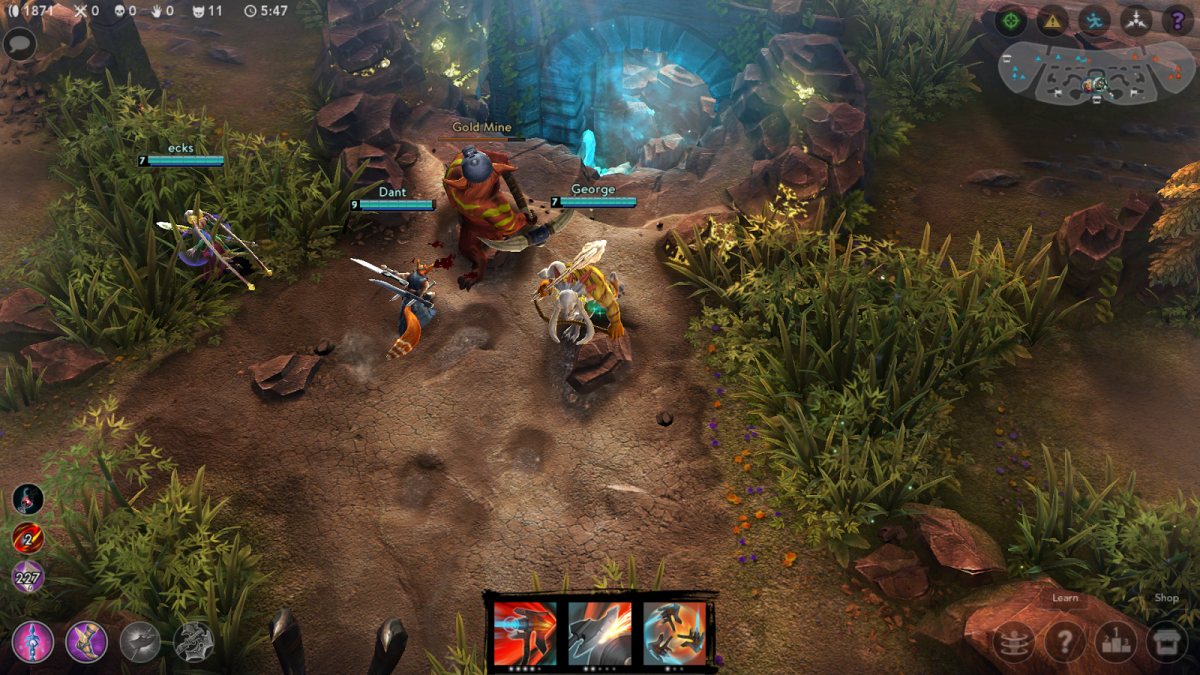 As early reports predicted, the new Apple TV serves as an exciting new chapter in Apple’s attempt to steal away gamers from the PlayStation 4, Xbox One and Wii U. Of course, until Apple starts hiring developers to build in-house, first-party games to rival the biggest hits on consoles, we’ll be stuck with the games currently on the App Store.

Thankfully, there are plenty of stellar games on the App Store.

If you plan on picking up an Apple TV when it launches later this year, then you’ll probably want to have a list of games ready to download on day one. Here are five iPhone games we think could flourish on the big screen:

One of the showcase games for the iPhone 6 has been continuously updated ever since it launched last year, but with an Apple console (for all intents and purposes) on the way, there might be a new best way to play Super Evil Megacorp’s mobile MOBA.

I can’t tell you how many times I’ve been tempted to throw my iPad through a window while playing Super Stickman Golf 2, yet I still haven’t deleted it. Passing the controller around the living room might turn this addictive, infuriating game into a more communal experience. One full of shouting and storming off.

Arguably the iPhone’s most attractive game, Monument Valley received plenty of attention when it launched. The game did so well that the developers decided to release an expansion, and now all of those eye-poppingly beautiful puzzles will be playable on the big screen.

Endless runners have been around for years, but I’d argue that Ubisoft perfected the formula when it released the first Rayman iOS game three years ago. In 2013, the company returned with a second (and more polished) entry to the series: Rayman Fiesta Run. I can’t wait to blow it up on my television. It’s also worth noting that Rayman Adventures, the next game in the series, got a nod during the big event on Wednesday.

I wanted to cap the list off with a new game, one which has stolen hours of my time over the last couple of weeks. Horizon Chase is a racer in the style of old-school games like Pole Position, and although I’ve enjoyed it immensely, the touch controls aren’t perfect on the squished iPhone 6 display. Throwing it up on a 42-inch TV should help.

What games are you looking forward to playing on the new Apple TV?

By Mike Wehner 32 mins ago