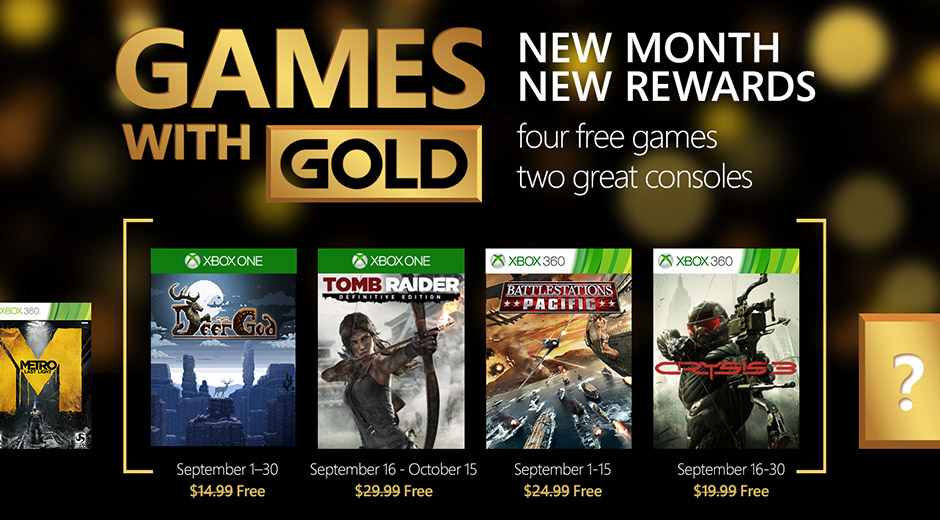 We’re about to enter the busiest holiday video game release season of the new console generation, but that doesn’t mean that Microsoft is going to stop giving away free games at the beginning of the month.

SEE ALSO: Every free PS4, PS3 and PS Vita game you can download in September

On Tuesday, Microsoft announced the Games with Gold collection for September, which includes the Xbox One definitive edition of my game of the year for 2013: Tomb Raider. Stunningly attractive platformer The Deer God will also be free for Xbox Live Gold subscribers, and Xbox 360 owners will be treated to Battlestations: Pacific and Crysis 3.

The Deer God (Xbox One)

There you have it: Games with Gold for the month of September. Remember, you still have a couple of days left to download August’s games, so if you haven’t jumped on the Xbox Games Store yet, be sure to do so soon.