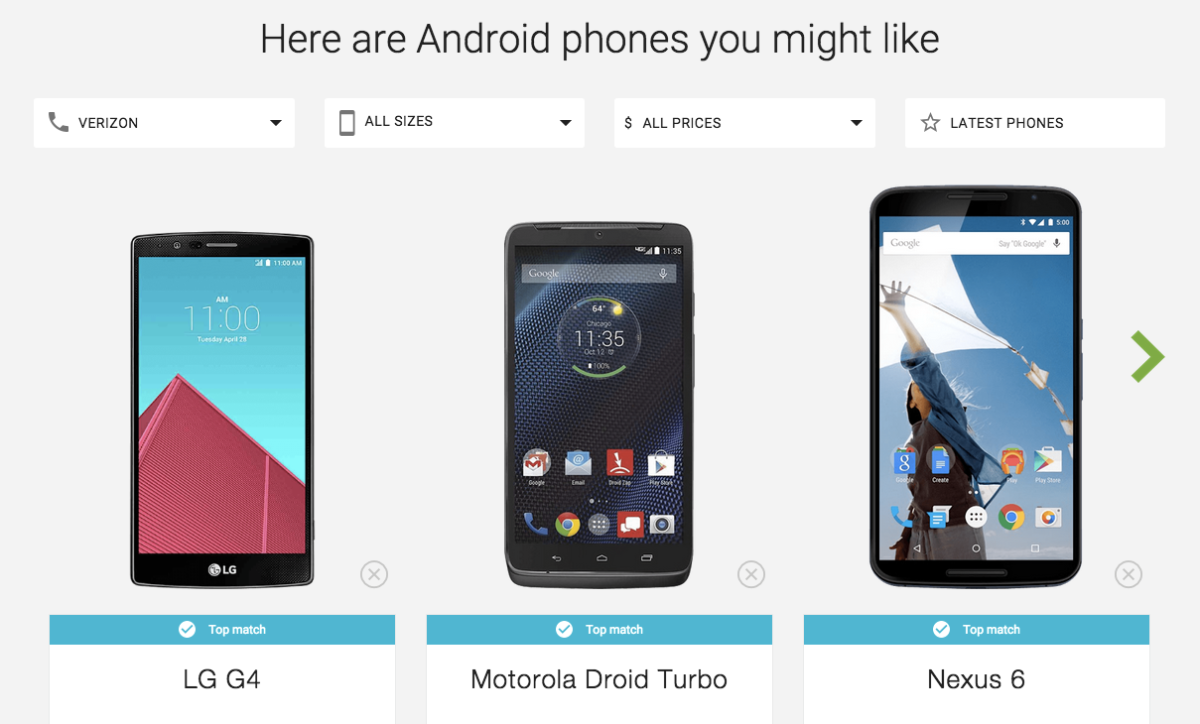 There are dozens of Android phones on the market – in fact, there are so many that it can be overwhelming to start shopping for a new one. HTC’s new phone is great, but is it enough of an upgrade over the M8? You might love the G4, but could you live with a leather phone for two years? Or do you take the G4 without the leather back?

Picking the right Android phone is a challenge, but Google wants to help simplify the process.

READ MORE: So it’s come to this: BlackBerry is reportedly making an Android phone

This week, Google launched a site that picks your next Android phone for you. After you arrive at the site and click ‘Get Started,’ you’ll be asked to pick from 12 different categories that will describe how you expect to use the phone, such as taking photos, listening to music or staying fit.

When you select a category, Google will want to know how important that aspect of the phone is to you. How often would you like to track physical activity? Every day? A few times a week? Choose one, answer any other questions the site asks of you, and then move on to a new category.

Once you’ve gone through at least three categories, a button will appear that says ‘Show Me Phones.’ You’ll then choose your carrier and three phones will appear, as you can see at the top of this post. From there, you can customize your choices based on screen size, price and release date.

If you’re in the market for a new Android phone and you don’t already have a device in mind, it couldn’t hurt to run through Google’s phone choosing exam this weekend.