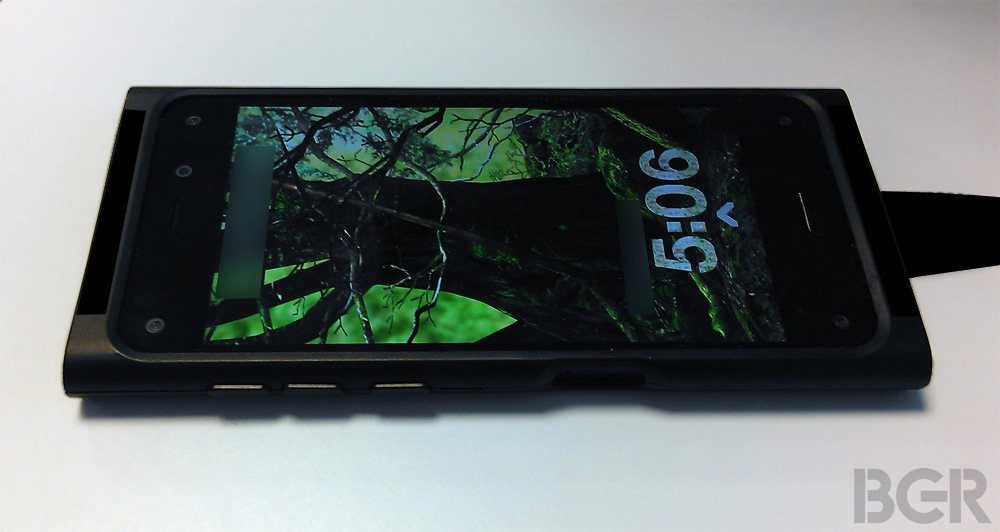 After years of development, Amazon is finally close to unveiling the first of several own-brand smartphones.

At a distance, Amazon’s upcoming flagship phone looks much like any other touchscreen phone on the market. But the company has spent years creating a unique and, at times, novel user experience that has two main focuses: Amazon products and services, and a custom 3D interface unlike anything we have seen before on a smartphone.

And so begins the story of Amazon’s first smartphone.

Recent reports have shed some light on Amazon’s plans to enter the competitive smartphone market with an own-brand handset. The Wall Street Journal reported last week that the company’s first crack at a cell phone will be announced in June and released in the third quarter. The report also claimed that the phone features a glasses-free 3D interface.

An earlier research note sent to investors by plugged-in KGI Securities analyst Ming-Chi Kuo revealed a few key specs, including details about several internal components Amazon plans to use in the device.

BGR has spoken with multiple trusted sources and confirmed much of what has been reported thus far. We have also exclusively learned many new details surrounding Amazon’s upcoming smartphone, which is set to debut in the coming months.

Finally, we have obtained exclusive photos of a prototype of the unreleased device, giving the world its first look at Amazon’s hotly anticipated phone.

As can be seen in the images, the device is covered by a protective shell intended to prevent people without authorization from seeing the physical design of the phone. Some areas of the photos have also been blocked or otherwise obscured by BGR.

Amazon’s first smartphone is one of at least two handsets the company is currently working on. We’re told that the second, an entry-level device that will feature lower-end specs and a very competitive retail price, will launch sometime after the phone pictured here.

The device set to debut in the coming months will be a higher-end model that has been in development at Amazon for several years.

According to details from multiple sources, Amazon’s first phone will be powered by a Qualcomm Snapdragon processor, and it will also include 2GB of RAM. It will run a heavily customized version of Google’s Android operating system similar to the version that powers Amazon’s tablets.

Apple’s upcoming iPhone 6 is also rumored to feature a 4.7-inch screen with Retina resolution that falls short of full HD.

It’s not clear exactly what Amazon plans to call its first phone.

The most novel aspect of Amazon’s upcoming smartphone is its 3D software interface and the hardware mechanism that enables it.

Our sources state that the new Amazon phone includes a total of six cameras.

The main rear camera is thought to feature a resolution of 13 megapixels, and the phone also includes a standard front-facing camera for video chats as well as Amazon’s Mayday customer service feature.

Beyond those two units, the device houses an additional four front-facing cameras that work with other sensors to facilitate the software’s 3D effects. One source tells us these four cameras, which are situated in each of the four corners on the face of the phone, are low-power infrared cameras.

The device’s extra cameras are used to track the position of the user’s face and eyes in relation to the phone’s display. This allows Amazon’s software to make constant adjustments to the positioning of on-screen elements, altering the perspective of visuals on the screen.

The result is a 3D experience without the need for 3D glasses or a parallax barrier in front the LCD panel like the solutions used by the Nintendo 3DS portable video game console and HTC’s EVO 3D smartphone from 2011.

We’re told there are several areas of the phone’s software that utilize Amazon’s glasses-free 3D effects.

Since the 3D interface is the phone’s biggest point of differentiation, Amazon has tried to use its new technology in as many areas as possible. In fact, right from the start on the lock screen, Amazon’s new phone will include several special wallpapers with perspectives that shift as the user tilts the phone from side to side as well as up and down.

Moving past the wallpapers, Amazon’s 3D effect will also apply to application icons and other core elements of the user interface. Several main apps will be compatible as well; for example, we’re told that moving the phone while using the maps application will change the view of various objects on the screen.

Another smart use for the phone’s 3D effects is across Amazon’s various stores, such as its book store, music store and the main Amazon digital market. By shifting the position of the phone, users are able to see three-dimensional product images at different angles to reveal surfaces that cannot be seen in 2D photos.

One source tells us Amazon is also working to recruit big outside developers in an effort to have a number of key third-party apps available at launch that take advantage of the phone’s 3D interface. Amazon will make a set of APIs available to third parties and it will also assist them with development in other ways, we’re told.

A report late last week from Re/code also said that Amazon is working to get third-party developers on board.

Our sources are not clear on exactly when Amazon’s first smartphone will be released, though we’re told the company may be targeting an announcement in the next two to three months and a launch sometime late this summer. We were also told the phone will initially be available only in the United States.

Amazon’s second, lower-cost smartphone will then debut at a later time.