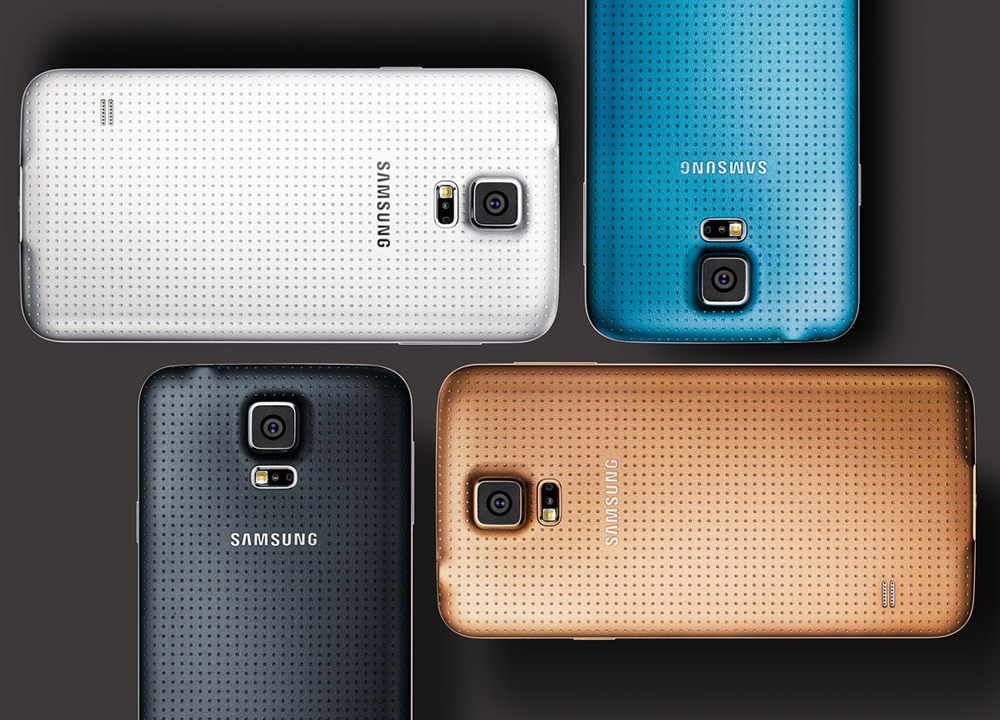 In the past, Samsung has had problems with what we here at BGR often refer to as “feature spam.” As was most painfully apparent in last year’s Galaxy S4, the company developed the habit of stuffing as many gimmicky new features as possible into its phones, thinking that all this clutter might appeal to a wider range of users. Samsung clearly recognized the problem beginning with last year’s Galaxy Note 3, however, and it has since shifted its focus to refinement and the addition of a few new features to each device that are actually useful.

With the Galaxy S5, Samsung continues that trend. In fact, many of the features the company added to the Galaxy S5 aren’t just useful, they’re awesome. Many are also unique, and what better way to illustrate that than by comparing the S5 to the most popular smartphone on the planet, Apple’s iPhone 5s.

Each of these great flagship phones has advantages over the other, but there’s no denying that Samsung’s new smartphone packs a few nifty features that the iPhone just doesn’t have. Here are 10 of our favorites:

TV and component remote — Apple’s iPhone can be used as a remote to control certain devices like the Apple TV. Third parties have also built apps that can be used to control various devices like televisions and Blu-ray players over Wi-Fi. But the Galaxy S5 has a built-in infrared blaster that can control just about any media device on the planet that uses a standard IR remote.

Watch full 1080p HD video — Though the device itself is among the most comfortable to use, the iPhone’s tiny screen isn’t terribly good for watching videos. At least not compared to smartphones with larger displays.

Expand the memory — As cheap as microSD cards are these days, it’s more annoying now than it has ever been before when gadget makers force consumers to cough up an extra $100 or $200 for a smartphone with more storage.

Apple charges a $200 premium for an extra 48GB of storage on the iPhone, bumping space up to 64GB from 16GB. Meanwhile, a brand-name microSD card with 64GB of storage costs less than $50.

Thankfully, Samsung’s Galaxy S5 includes a microSD slot and microSDXC support, so it will work with cards up to 128GB in size.

Swap the battery — The iPhone 5s has pretty good battery life compared to some phones, but there’s still no way it will last through a full day of very heavy use. The Galaxy S5 might not make it through a crazy day either, but at least S5 users have the option of carrying a spare battery to pop in when their main battery gets too low.

A portable battery charger accomplishes the same thing of course, but with added bulk.

Survive being submerged in water — The Galaxy S5 can survive a spill or a dunk with no problem. In fact, it’s certified to be water-resistant for 30 minutes at a depth of up to three feet, so you can even take pictures underwater if you want.

If you drop your iPhone 5s in three feet of water, prepare to buy a new iPhone 5s.

Make secure payments with your fingerprint — The iPhone 5s has a fingerprint scanner, but its utility is severely limited by the fact that, well, Apple doesn’t let anyone do anything interesting with it. Touch ID can unlock the phone and authenticate App Store purchases, but that’s it.

Samsung’s fingerprint scanner technology might not be as smooth as Apple’s, but a deal with PayPal means you can actually use it to pay for goods. What’s more, upcoming deals will further expand the scanner’s utility since Samsung is open to working with partners.

4K video playback is still confined to pricier high-end TVs and monitors, but Samsung’s Galaxy S5 is future-proof in that regard. In the coming year or two when the prices of 4K devices really start to drop, S5 users will have plenty of homemade content ready to go.

While heart rate monitoring and data is isolated to the third-party apps in question on the iPhone, the monitor on the Galaxy S5 can be used across a variety of apps — and not just Samsung’s own apps. Third-party software can also access the monitor, so you’ll be able to log heart rate data in your workout app of choice, assuming the developer integrates it.

Restrict access when sharing the phone with a child — Nothing quiets down an annoying kid faster than a smartphone game, but the last thing you want is for an erroneous tap to lead to an awkward exchange during which you’re forced to explain the 47 bathroom selfies you took that morning.

With the iPhone, your only choice is to stop taking bathroom selfies. Heaven forbid.

The Galaxy S5, however, includes a special “Kids Mode” that limits access to apps you designate as kid-friendly. After all, nothing should stand between you and your bathroom selfies.

Last for a week on a single charge — The fact that you have the option to carry an extra battery with you is great, but Galaxy S5 owners might never actually have to use an extra battery.

When the charge on the S5 starts to get low, users can enable what Samsung calls “ultra power saving mode.” When enabled, this new feature cuts the colors on the display to just black and white, limits background processes, kills background data, and restricts access to most apps.

With this new power saving mode enabled, the Galaxy S5 will last for 24 hours on standby with a charge of just 10%. With a fully charged battery, it would provide more than a week of standby time.