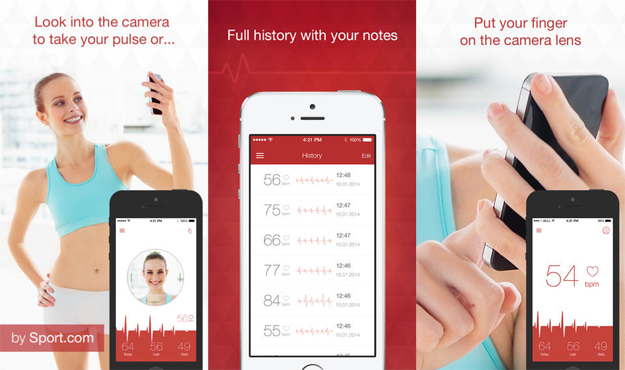 Samsung’s new Galaxy S5 might not have been the exciting new flagship phone we were hoping for, but there’s no question that it’s one of the best smartphones that has ever been made. It bests its predecessor in almost every way and it brings a number of useful new features to the table. Our favorite thus far is likely the new battery saving mode that allows the Galaxy S5 to last for 24 hours on a 10% charge, and another high-profile addition is the new heart rate monitor on the back of the device. As it turns out, however, it looks like Samsung didn’t need a dedicated sensor to monitor heart rates — iPhone owners envious of the new feature can add it to their current handsets with no modifications beyond the purchase of a $2 app.

As pointed out by 9to5Mac, there are a number of apps in Apple’s iOS App Store that claim to be able to read a user’s heart rate by simply using the device’s built-in camera. One such app is called simply “Heart Rate Monitor,” and it can be had for just $1.99.

Compatible with the iPhone 5s and earlier models, Heart Rate Monitor allows users to place their finger over the rear camera on the iPhone for a pulse reading. The app is reportedly quite accurate just like the Galaxy S5, and it stores historical readings for reference.

Another similar app that reportedly works well is Instant Heart Rate, which is also $1.99 in the App Store.