Apple devices get colored up by Anostyle 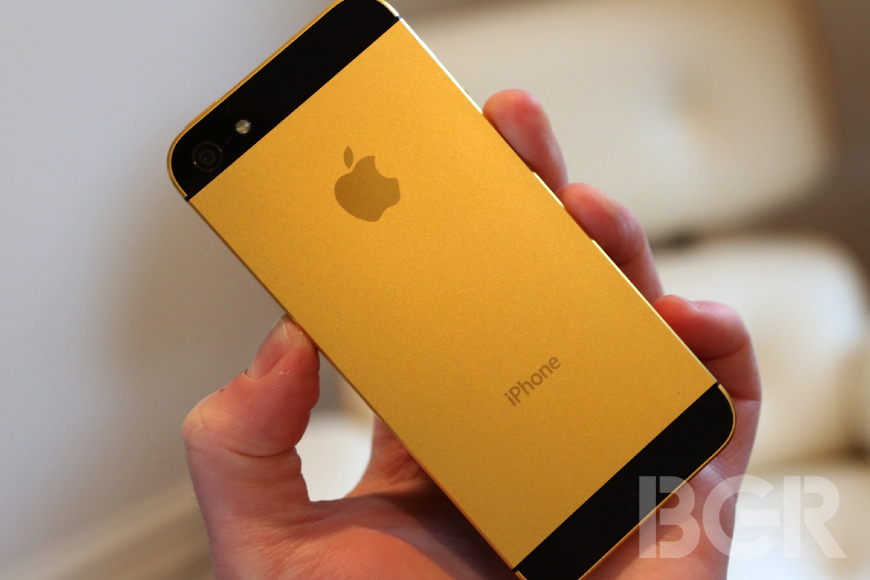 I’ve had a fascination with gold phones since… forever. But no one really does gold phones properly. They’re heavy, they scratch, they dent, and the gold blocks the signal. Plus they’re extremely expensive, obviously. When I found out about Anostyle’s anodization service I immediately was interested, and I ordered a gold and black iPhone 5.

You see, with anodization — the same process Apple uses to make the iPhone 5 black or silver, and which thousands of other companies use as well — the actual aluminum is electrically charged and dyed. This is unlike a service like Colorware’s that paints phones, leaving them susceptible to chipping and peeling. After spending some time with my gold iPhone, this is probably the coolest phone I’ve ever owned.

The second I went outside and started using it, people began asking non-stop about it and they all assumed it’s a case until they actually saw the phone. Since the service just launched on Monday night, I couldn’t tell them where to order one. Now I can.

Anostyle.com is offering their service for iPhone 5s and iPad minis, and it starts at $249. Compared to Colorware at around $850, it seems like the deal of the century. I have an iPad mini here ready to send in, so maybe you guys can help me with the color choice? Black and gold, black and blue, or black and steel?

Here’s a look at my iPhone 5 by Anostyle in the meantime:

Anostyle’s service for iPhone 5 is now available for $249.