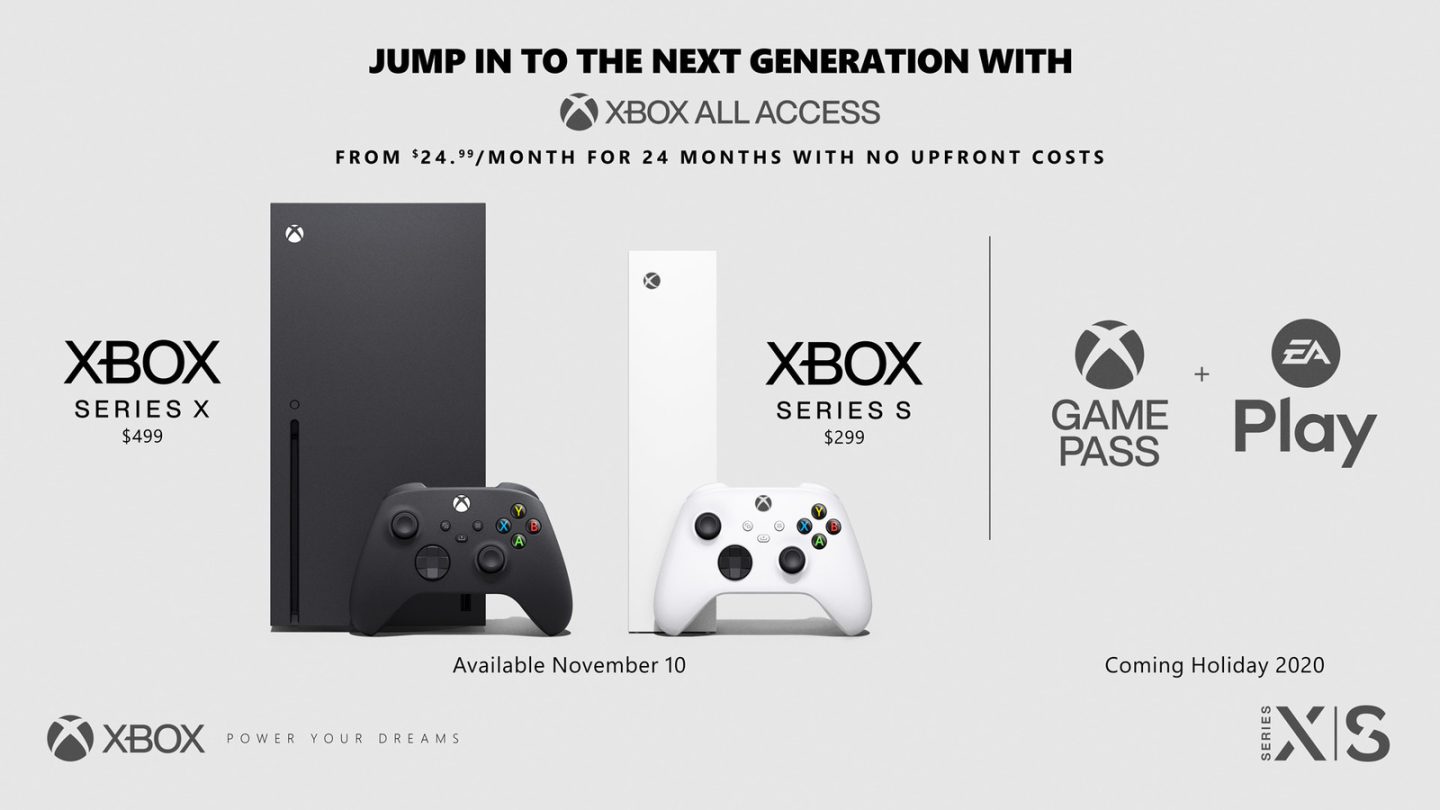 Microsoft announced on Thursday that Xbox Series X and Xbox Series S preorders will go live at 8 a.m. PT / 11 a.m. ET on Tuesday, September 22nd. If you want to secure a next-gen Xbox, you can do so at Amazon, Target, Walmart, Best Buy, Costco, Sam’s Club, Gamestop, Newegg, and Army and Airforce Exchange Service. As Microsoft revealed last week, the Xbox Series X will cost $499 and the Xbox Series S will retail for $299.

As expected, supplies will be limited, so if you want to make sure that you have an Xbox Series X or Xbox Series S to unbox when the consoles launch on November 10th, be sure to set your alarm Tuesday morning.

If you can’t afford to pay the full price of either console up front, Microsoft has expanded its Xbox All Access program to include both Xbox Series X and Series S. For a monthly fee ($24.99 for Series S, $34.99 for Series X), you can get a new console and 24 months of Xbox Game Pass Ultimate, which includes Xbox Live Gold, the massive Xbox Game Pass library, and the EA Play subscription service, without paying any upfront costs.

The next-gen Xbox preorder timing comes just hours after Sony sent the internet into a tailspin on Wednesday after its PS5 Showcase. When the event ended, Sony announced that PS5 and PS5 Digital Edition preorders would begin on Thursday morning, but within a few hours, Walmart, GameStop, and other retailers had started taking preorders. It was chaotic, PS5 consoles were in and out of stock through the evening, and unless you were paying close attention and refreshing websites, chances are that you were not able to snag a PS5 preorder last night.

In fact, Microsoft even had some fun at Sony’s expense with a tweet on Wednesday night:

Sony certainly has an advantage heading into this new generation after the PS4 spent four years crushing the Xbox One, but it’s worth remembering that the PS4 was $100 cheaper than the Xbox One at launch. This time around, the high-end versions of both consoles are the same price, but Microsoft was the one to undercut Sony by $100 with the Series S. With so much uncertainty in the world this year and everyone thinking twice about how they spend all their hard-earned cash, a $300 next-gen console is going to be very appealing to a bunch of consumers.