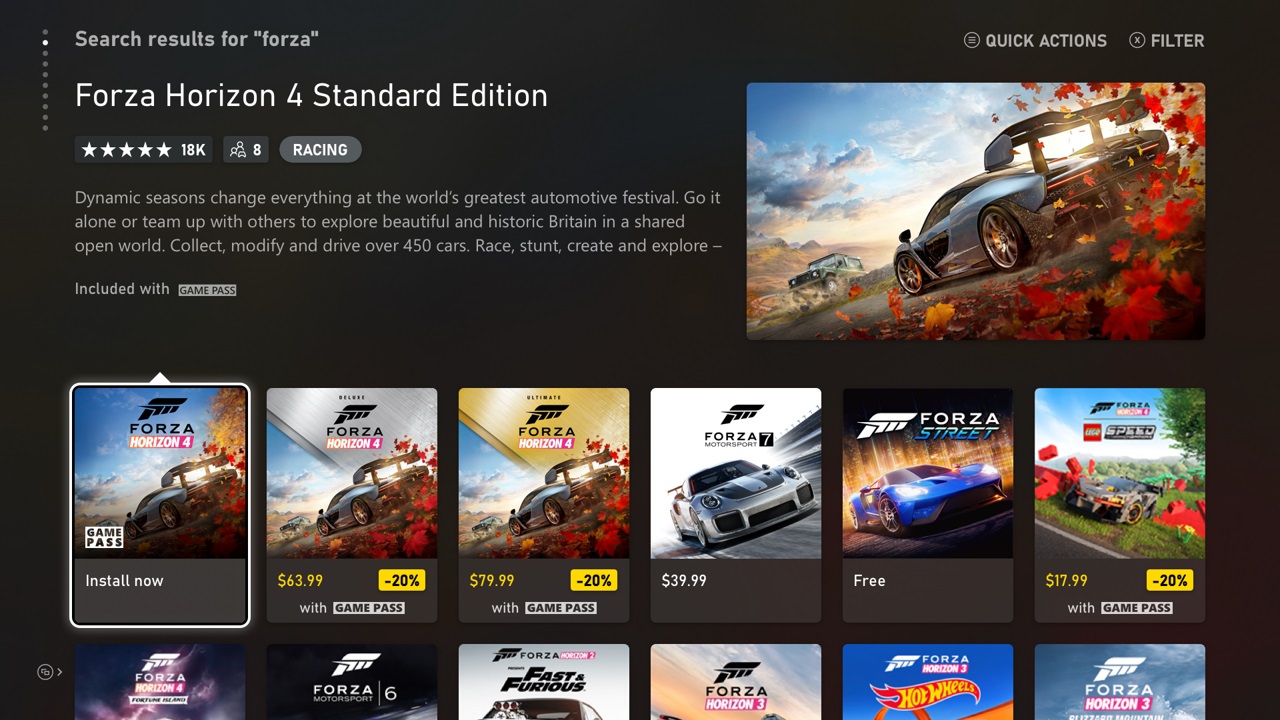 One of the keywords for Microsoft heading into the next generation is “convenience.” Loading times will be relatively minuscule, Smart Delivery will let Xbox One owners easily swap over to the next-gen version of a game for free, and backward compatibility will bring nearly the entire back catalog of Xbox, Xbox 360, and Xbox One games to both the Xbox Series X and Xbox Series S. And now another feature to save time and effort has been uncovered.

First spotted by users on the Reset Era forums, a brand new update for the Xbox beta app on mobile devices adds a feature that lets you download and install games on your Xbox regardless of whether or not you own the games. You will not be able to start the game until you buy it, but you can preload it on your system any time so that when and if you decide to pay for it, you won’t have to wait minutes or hours for the software to download.

There are a number of reasons why this is a smart and useful feature for Xbox owners, but it will be especially handy for those who plan to buy an Xbox Series X (or stick with their Xbox One for several more months or years) and prefer physical media. As it stands, even if you buy a disc copy of a new game, you’ll still have to wait for ages for it to install while downloading the inevitable day one patch. With this new feature, you can get all of the downloading out of the way ahead of time and start playing instantaneously when you insert the disc.

The concept of preloading games isn’t exactly new, but the ballooning size of games in recent years has become an annoying hurdle for many gamers, especially those with slower internet speeds. Any effort to remove that hurdle is a welcome one, and with video game sizes certain to grow even larger as developers aim for 4K resolution and higher frame rates, the last thing anyone is going to want to do when they buy a new game is sit around for 4 hours waiting for a 100GB file to download and install. Writer Jerko Cilas demonstrated the feature on Twitter:

Here's proof that I didn't preorder Valhalla, but I can install it through the new Xbox preload functionality. For now, you need Xbox (beta) Android app to initiate the download. Now I can either purchase a 💿 version or the digital one. Either way, the game will be ready. https://t.co/1QR52YWsub pic.twitter.com/TgmO3rfUBk

At the time of writing, Microsoft had yet to make official announcements or statements about the feature, so we can’t be totally sure when or if it will roll out to the public. That said, it appears to be in testing and could possibly be ready for prime time by the time that the Xbox Series X and Xbox Series S launch on November 10th.