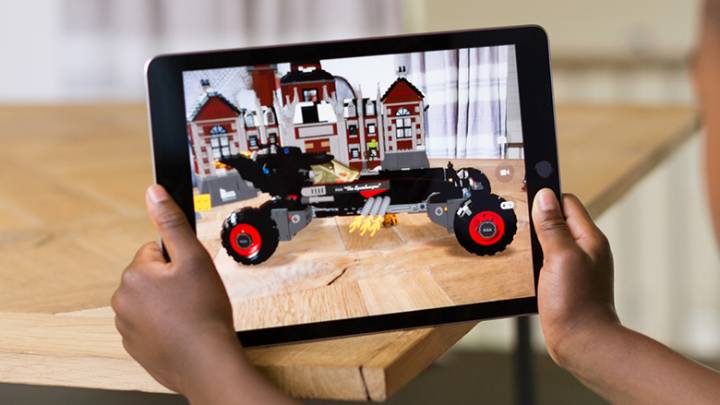 During Apple’s WWDC keynote yesterday, Tim Cook and a slew of Apple executives introduced a number of new software and hardware initiatives, including a peer-to-peer payment feature via Apple Pay, a brand new iMac Pro, a sleek new 10.5-inch iPad, refreshed notebooks across the board, a brand new augmented reality platform, and a premium-oriented home speaker dubbed HomePod, just to name a few. All in all, Apple’s WWDC event this year was solid from start to finish, though perhaps not the most exciting WWDC event we’ve ever seen.

Nonetheless, Apple introduced enough new software and hardware to get developers and iOS users alike excited for the future of Apple’s ecosystem. Indeed, the augmented reality demo was particularly enthralling. Predictably, though, it didn’t take long for critics and naysayers to start chirping about how Apple has lost its luster, with some even trotting out the same old tired lines about how Tim Cook isn’t the visionary that Steve Jobs was.

An example: try and digest this blurb from Christopher Versace over at Forbes.

While we tend to be Apple devotees when it comes to the hardware and its ease of use, our view is this year’s WWDC is it was one largely filled with refinements and incremental additions. Not entirely surprising, given the fact that Apple is now led by an expert operations manager, Tim Cook, and not a visionary like Steve Jobs. As we see it, Apple will either need to bring in some visionary expertise, or perhaps, and more likely, use its war chest of $20 billion to buy some vision in the form of acquisitions, but that’s another story.

This is a curious take because Tim Cook was never supposed to be the second coming of Steve Jobs. Yes, he’s an operations guy, but he’s still the man who Jobs tapped to take Apple to new heights. And sure, Cook may not be as dynamic as Jobs, and he may not be the visionary that Jobs was, but there’s no denying that Apple has absolutely thrived with him steering the ship. It’s almost comical that some critics, in the same breath that they praise all things Steve Jobs, bemoan Jobs’ choice of successor.

Further, Tim Cook may not be Steve Jobs, but no one is Steve Jobs. Jobs was an incredibly unique individual who possessed the rare skill of being able to anticipate how the tech landscape was going to unfold. To expect Cook, or any one for that matter, to live up to Jobs’ standard is absurd. Indeed, one of the key pieces of advice that Jobs told Cook was that he shouldn’t fall prey to “What would Steve Jobs do?” syndrome.

As to the WWDC announcements themselves, they were admittedly incremental in some regards, but that’s how Apple actually operates more often than not. It doesn’t roll out wild new ideas on a consistent basis. On the contrary, it refines and polishes its existing hardware and software lines, continually offering users more bang for their buck.

Versace himself concedes this point:

The problem as we see it is Apple is trapped inside a near yearly refresh rate that makes it challenging to deliver breakthrough features each and every year. Even the new iOS name, iOS 11, is uninspiring.

And yet, the urge to criticize all things Apple is so great that even the iOS 11 name itself can’t escape derision.

The crazy thing is that Apple’s WWDC event, in the eyes of some, is already being viewed as a failure. This is mind-boggling given that such critiques aren’t even giving Apple’s new software and hardware an opportunity to hit the marketplace.