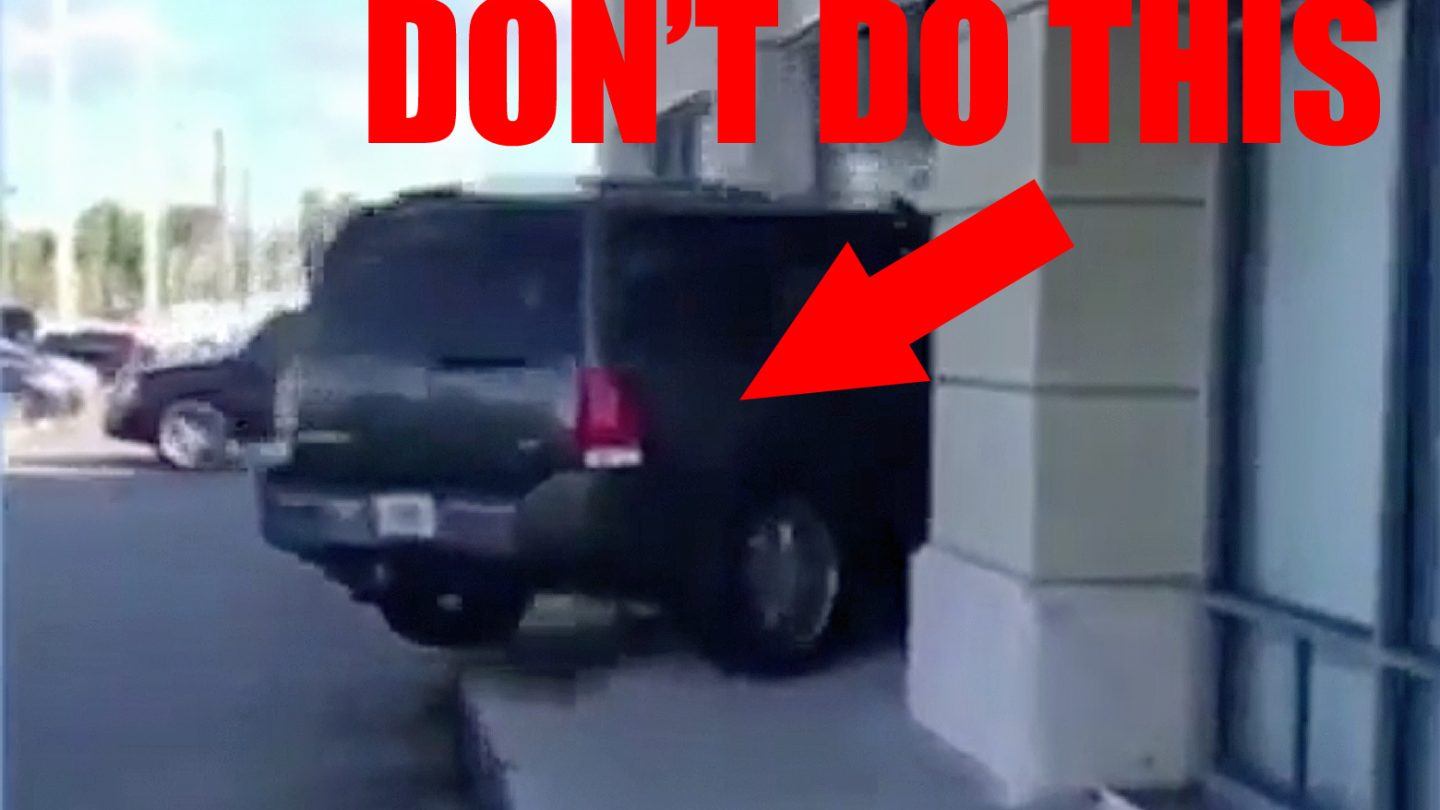 Whether you’re a customer of AT&T, Verizon, Sprint or T-Mobile, you can probably say that at some point you’ve wanted to drive your car through your respective wireless carrier’s front door. Most of us have enough sense to pull ourselves together before we smash the gas pedal, but one Florida woman apparently just couldn’t take it anymore and sped her SUV right through the massive glass wall at a local T-Mobile store.

The incident occurred in Palm Springs, and witnesses told the local ABC news affiliate that it was anything but an accident. According to an employee of the store next to the T-Mobile outlet, the woman was cruising down the narrow sidewalk in front of the strip of stores before smashing through the glass. Having been slightly slowed by the metal structure of the wall, she gave it some more gas in order to successfully make it all the way inside.

After successfully docking her vehicle inside the store, she proceeded to grab squeegee she found inside and smash store displays and attack some of the employees trying to stop her. The woman’s name is Shinobia Montoria Wright. The 26-year-old who had to have emergency surgery because she sliced up her own arms with glass fragments when she plowed through the wall, and is now facing a whole list of charges including battery, burglary, and criminal mischief.

So what could have set someone off to the point that they drive a vehicle through the front door of a wireless store? Well, Wright reportedly told police that she was “having a bad day.” With a bill of more than $30,000 in repairs from the store alone, along with any fines the law has waiting for her, she’s probably going to have a few more of those in the coming weeks.