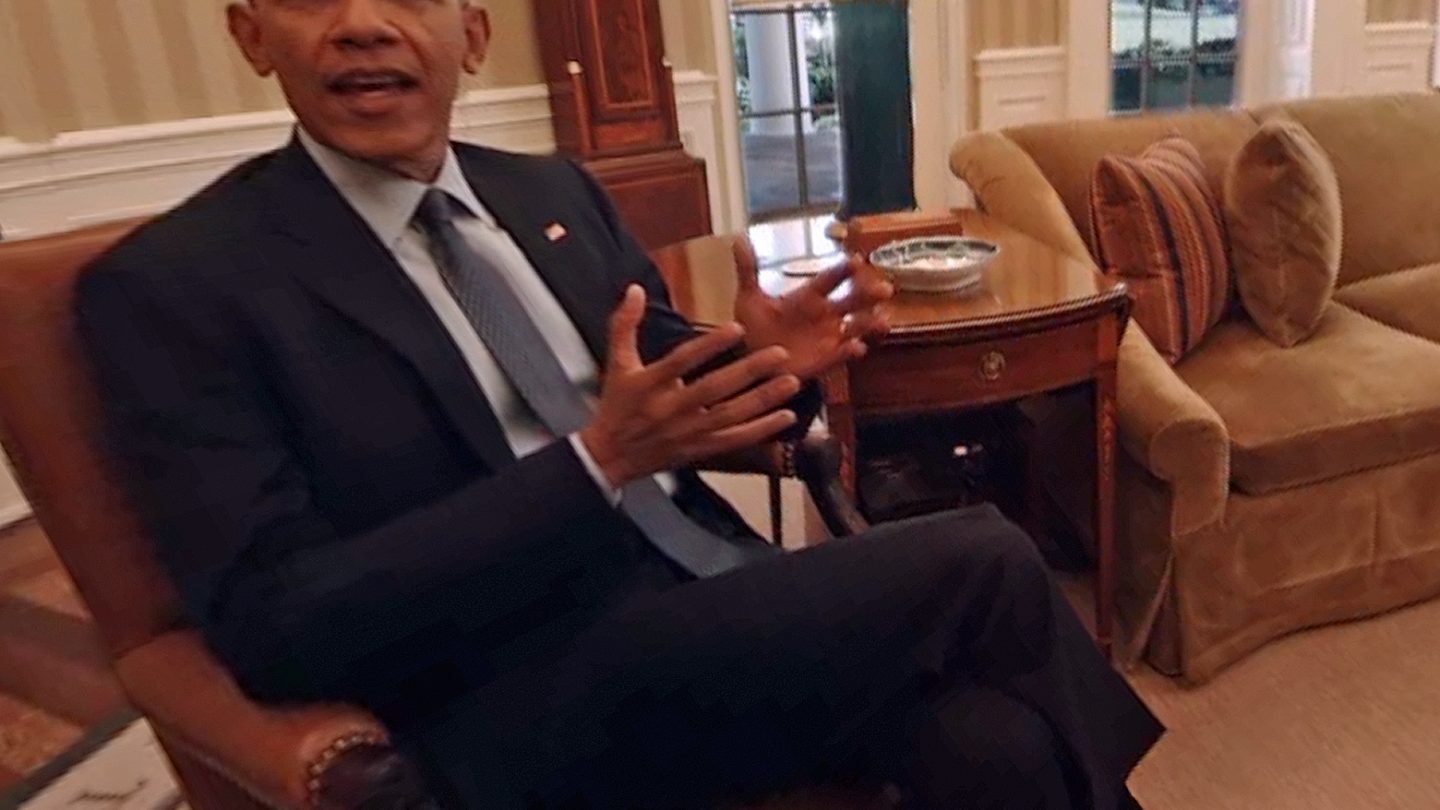 Obama may be just wrapping up his stay in the White House but before he leaves he wants everyone to stop by for a visit, as long as you have a VR headset. Facebook-owned Oculus debuted an impressive 360-degree video tour of the White House, with the sitting President and the First Lady as special guests, and you can enjoy it right now.

The eight minute jaunt through the halls of the presidential abode makes stops in several key spots, including meeting rooms, the Situation Room, and of course the Oval Office. President Obama and wife Michelle narrate the trip, but you can check out whatever you want just by looking around — assuming of course you’re watching the video on a head-mounted display like the Gear VR. If you’re not, you can use your phone to point around the room or click and drag the video on the desktop version of the video.

Oculus and filmmakers Felix & Paul Studios took care to keep the camera mostly stationary throughout the course of the tour, though it does move along very slowly as you virtually video each room. Fast, jarring movements are typically a recipe for VR nausea, but you won’t find any of that here.

The video, which is called The People’s House, is actually just part of a longer VR film that is expected to debut later this year. That longer experience will be built solely for virtual reality, so consider the eight minute clip released today something of a preview of the final version.