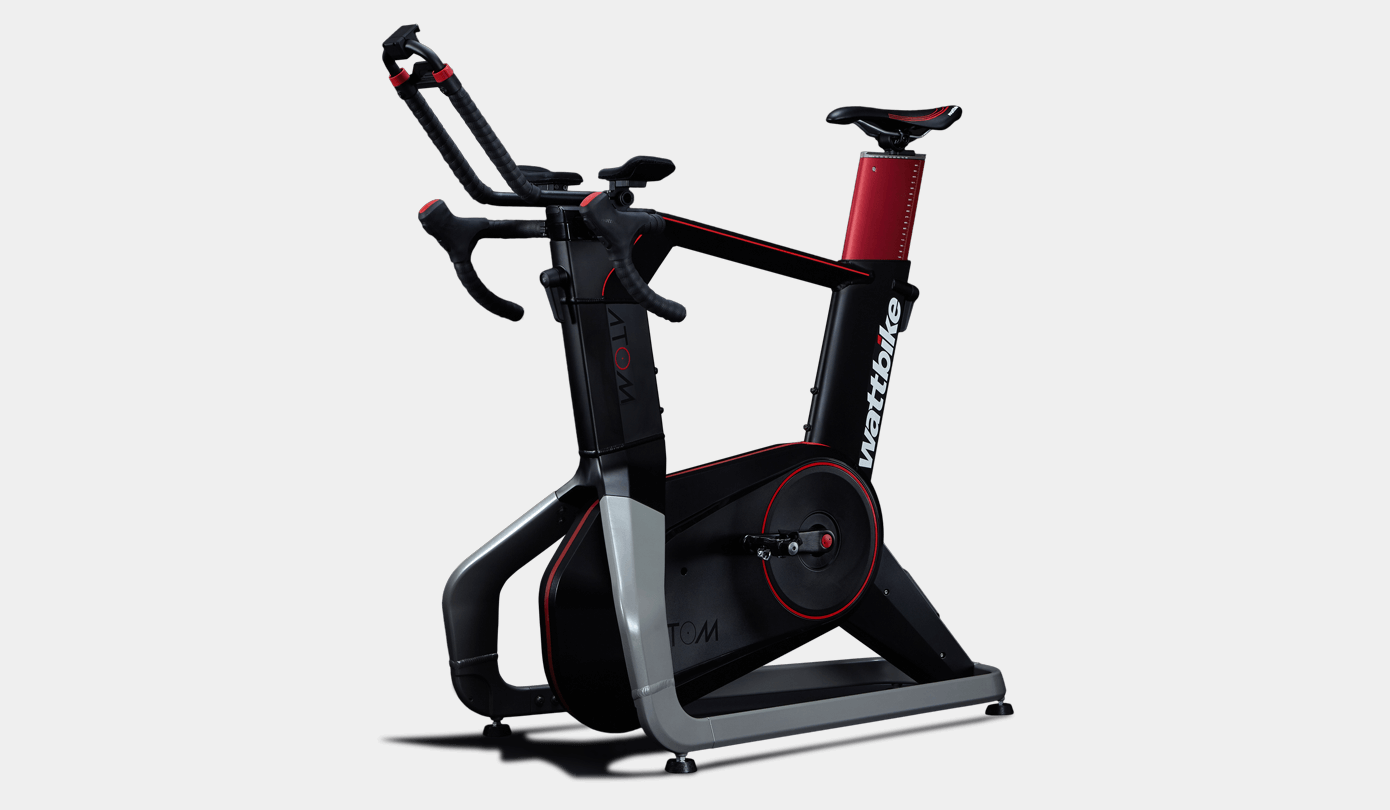 If you’ve turned on the TV at any point in the past three months or so you’ve surely seen a flood of personal fitness ads. We’ve reached a point where mirrors can walk us through a daily workout routine, while companies like Bowflex and Peloton are buying up just about any slice of ad time they can find.

But the most visible options in home exercise equipment aren’t always one-size-fits-all answers to your fitness needs, and Wattbike has slowly carved out a niche of very loyal supporters for itself. That group is likely to grow in a big way thanks to the stateside launch of the Wattbike Atom. Despite being less flashy than the Peloton, it’s hard to beat.

So, let us get the obvious stuff out of the way first: No, the Wattbike Atom doesn’t have its own built-in screen. It doesn’t provide you with live workout instructions streamed from a fancy spin studio, but that also means it doesn’t require a monthly subscription to get the most out of it. 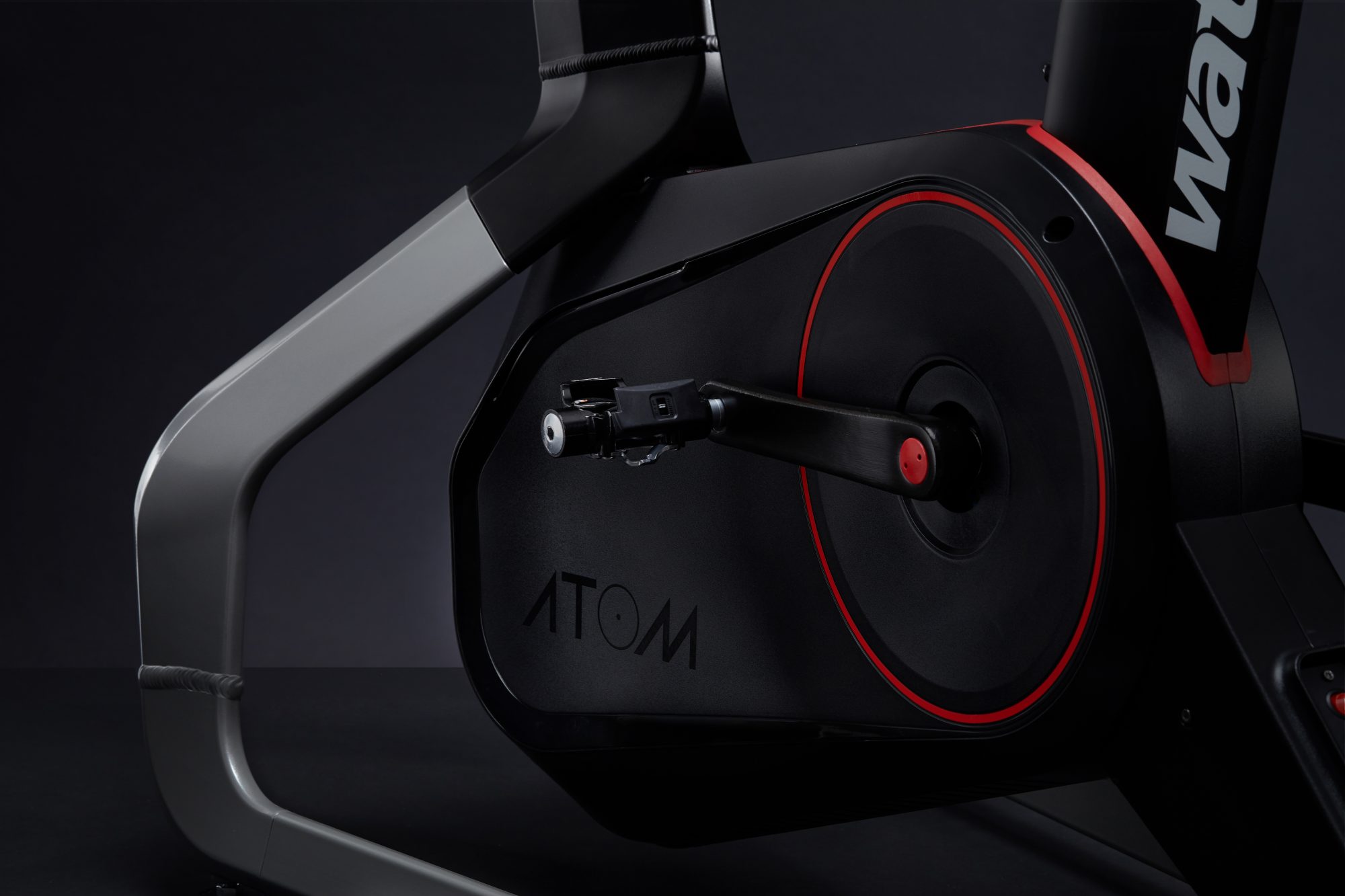 This makes the Atom quite a bit more flexible in terms of how you can approach your workout routine. The Wattbike app is great at tracking the amount of power you put to the pedals, giving you realtime output tracking and even showing you which leg is doing the most work.

That information is surprisingly powerful, and it showed me that my left leg was really slacking during most of my rides. But, because the info is streamed to your phone or tablet in realtime, I was able to adjust on the fly, and really felt the muscles in my “slacker” leg wake up over the course of a few rides.

The app is loaded with pre-built workouts that include sprints and climbs, and since the app can directly control the resistance you feel in the pedals, the Atom mimics a real-world bike ride better than any other smart bike or trainer I’ve used. Of course, if you find yourself struggling, you can always use the manual gear controls on the handle hoods to give yourself a break.

If you don’t feel like using the official Wattbike app, you can opt for one of the many popular cycling apps that the bike supports. Zwift is one of the more popular options, and that’s the one I spent the most time with while testing the bike. Syncing the bike to the app was incredibly easy and I was guiding my virtual cyclist down the road in no time. Zwift can also relay resistance information to the bike, making it more difficult to scale inclines and let you breeze down slopes, or you can maintain manual control over the resistance and let Zwift determine your speed based on your power output.

As for build quality, it’s hard to argue against what Wattbike has built here. It’s incredibly sturdy — far sturdier than my Trek strapped to an indoor bike trainer — and while it weighs quite a bit, that heft comes in handy when you’re really pushing your legs to their limit.

It’s a cinch to get the bike sized to your liking and the front bars can be adjusted in just about every direction. The tall aero-style bars also double as a nice stand for a tablet, so that’s where my iPad Pro lived for the duration of my testing. Using the Wattbike app and Zwift on the tablet made the rides plenty enjoyable, and with the Wattbike app reminding me of my power output, I found myself pushing myself far harder than I might have otherwise. In short, I think it made me a better cyclist, even after the first few rides.

I can’t talk about the Wattbike Atom without talking about the biggest difference between it and the ubiquitous Peloton: the price. The Wattbike Atom landed in the United States at a price of $2,599. By contrast, the cheapest package you can choose for a Peloton is just shy of $2,300. However, Peloton requires a monthly membership (for the live classes and other features, which many people truly adore), and that comes in at $39 per month.

The Wattbike Atom isn’t necessarily competing with Peloton here, since it’s so much more flexible in terms of your workout approach, and it can be used with just about any app or fitness plan. If you want a guided experience and thrive when a live trainer is urging you on, that’s awesome — and you could technically use the Peloton app with the Atom, albeit with less integration and features — but it’s not for everyone.

Wattbike Atom offers a rock-solid alternative. It’s a high-quality piece of home fitness equipment that is genuinely enjoyable to ride, whether your fitness goals are modest or incredibly bold.