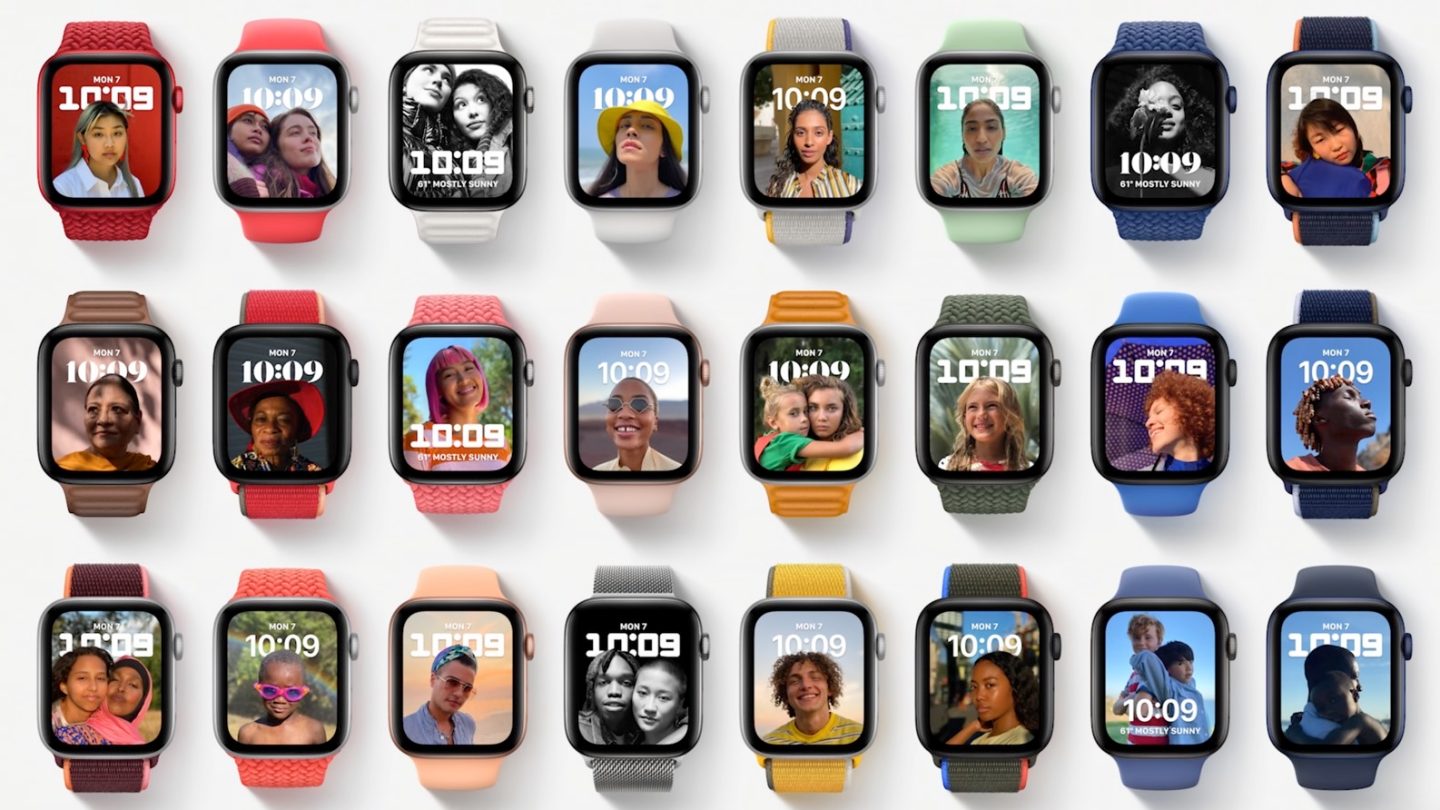 WWDC 2021 is officially underway and that means Apple is ready to share its latest updates to watchOS. The next iteration of Apple Watch software is watchOS8, and Apple started off with an update to the popular Breath app. There’s a new Breathe animation and a “Reflect” prompt that gives you a push toward mindfulness. Breathe can grab your attention throughout the day to remind you to slow down and be mindful. The updates to the feature are small but Breathe is already pretty great so we wouldn’t expect a huge overhaul.

For the workout app, Tai Chi is being added as a trackable exercise type, and Fitness+ is getting new built-in Artist Spotlights that integrate music with popular workouts. Fitness+ has enjoyed praise for its wide array of workout options, and Apple looks like it wants to continue that with a steady stream of new features.

A new Portraits watch face loops in images of people from your camera roll. Pick a loved one or friend and add it to your watch face and the watch adds cool little touches that give the individual in the image a sense of life. You can also more easily share photos straight from the Watch, which is a welcome addition.

New weather tracking was also briefly mentioned, including a “next hour precipitation” feature. Apps like Dark Sky and Accuweather already offer features like this, but it sounds like Apple wants to add the same kind of thing to the Watch and its built-in weather feature.

The event moved on quickly from watchOS 8, but what was mentioned does sound solid. Apple is expected to launch a new Apple Watch sooner rather than later, and the new wearables are rumored to have a revamped design. If that proves to be true, the company will obviously spend a lot of time talking about all of its bells and whistles at a reveal event later on.

If the watch includes hardware features that aren’t available on the existing Apple Watch lineup, the company can’t reveal the software associated with those features without spoiling the surprise. The good news is that while this event didn’t provide a ton of exciting news about Apple Watch software, Apple definitely is done with its wearable for the year, so expect more news on all of this later in 2021.

The Apple Watch is already the most popular smartwatch on the planet by a huge margin. Over the years, as Android smartphone users gradually realized that Samsung, Motorola, and others just weren’t producing wearable of similar quality to Apple, there’s been a louder and louder demand for Apple Watch to support Android rather than being tethered to an iPhone. Based on the brief news we were provided during the WWDC presentation, it definitely doesn’t sound like Android fans will get what they want with watchOS 8.