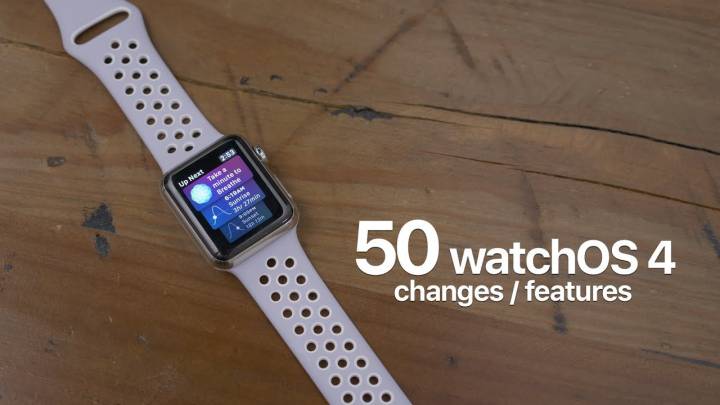 With all the excitement surrounding iOS 11, it’s sometimes difficult to remember that Apple has a second completely different mobile OS. WatchOS received a fairly comprehensive overhaul this year with a bunch of new changes and design tweaks, and the result is pretty fantastic.

9to5Mac has put together a video showing 50 new features that have shown up in the first developer beta of watchOS 4. Some of the highlights include brand-new features, like a new Siri watch face and new Toy Story watch faces. There’s also new exercise features like a Pool Swim setting and a VO2 Max calculation, which is starting to push the Apple Watch more and more into the territory of pure fitness watches.

The most visible change, without a doubt, is the new Siri watch face. It’s meant to showcase Siri as more than just a digital voice assistant, and shows you a dyamically changing page of information depending on the time of day and your location. There’s an obvious nod to the old Google Now cards on Android phones, but the information cards are arguably more useful in their wrist-based location.

Music has had a visual overhaul, with nearly the entire app changed to reflect the changes to Music in iOS 11. There’s also a few new features, like automatic syncing of playlists in Apple Music.

Fitness was definitely a priority for Apple in watchOS 4, and you can tell from the number of tiny feature add-ons. There’s a new Pool swim mode that counts your laps, heartrate, lap speed, and even your dominant swimming stroke if you want. VO2 Max calculations are taken using the watch’s data and an algorithm, which can provide useful training data for workouts. There’s also a new night-time running light that flashes the watch’s screen to help you be seen by cars while running down the street.

That’s just touching the tip of the iceberg, though, and you should definitely watch through the video to see all the new features that Apple didn’t have time to mention.