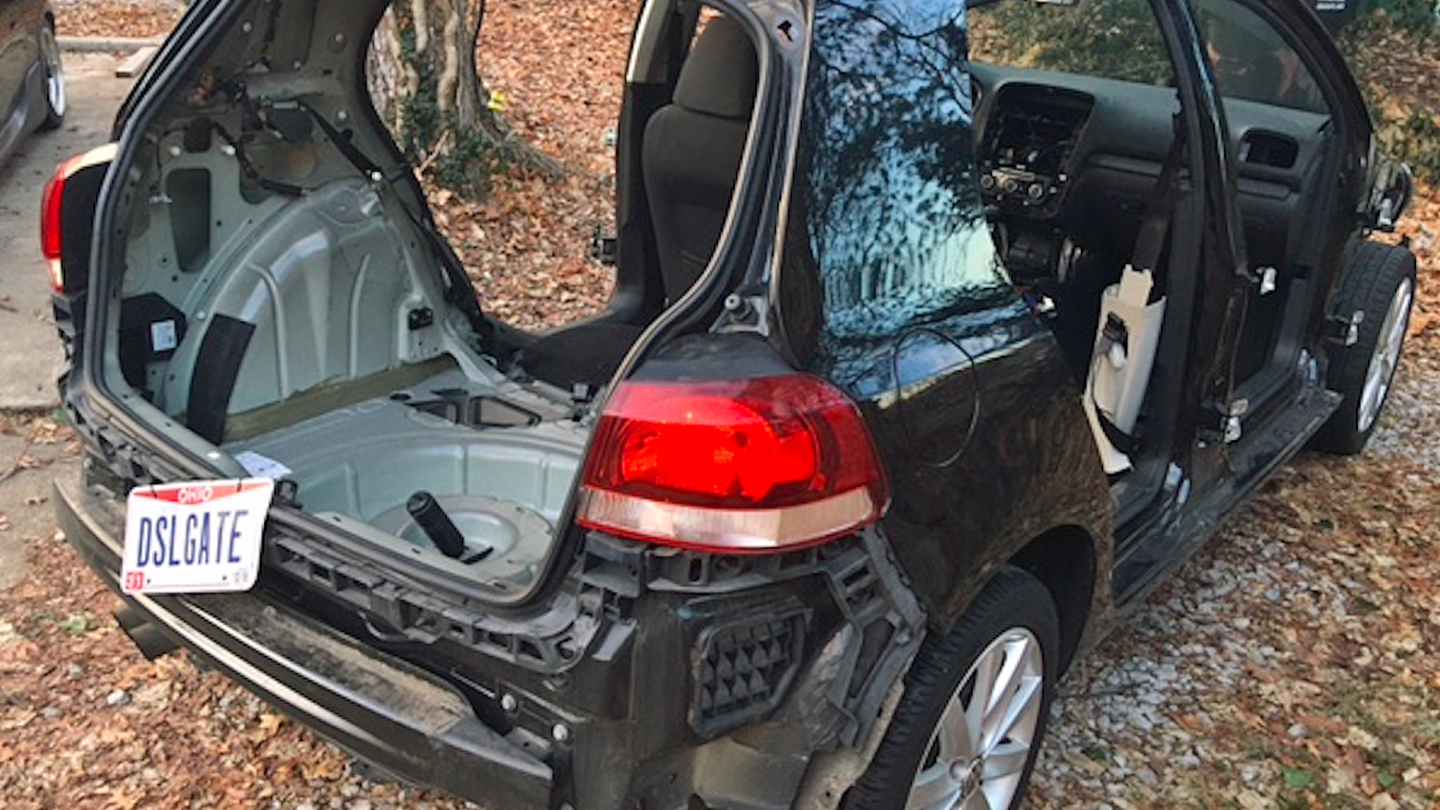 Joe Mayer, that clever guy who decided to stripe down his diesel VW before selling it back to the company as part of the court-ordered emissions cheating resolution, will apparently be driving it for at least a little while longer. Shortly after word spread yesterday that Mayer was planning to hand over his car in such a condition, Volkswagen contacted him to tell him that his buyback appointment had been put on hold.

Jalopnik reports that Mayer, whose stripped-down hatchback technically fits the buyback criteria due to the fact that it runs and is “operable,” has no idea when or if VW will actually take the car back. Mayer says that he believes the company is just trying to find a way around the language of the buyback so that it won’t have to actually pay him for the vehicle.

Volkswagen issued the following statement in the meantime:

Volkswagen’s priority is to make the 2.0L TDI settlement process as seamless and convenient as possible for our affected customers and we are working hard to ensure that this is the case. The program is governed by specific eligibility guidelines and other conditions which were agreed by all the parties and approved by the Court.

Subject to regulatory approval of modifications that will allow vehicles to meet agreed emissions standards, the settlement allows Volkswagen to modify some of the vehicles we buy back so they can be returned to commerce rather than scrapped. The great majority of Volkswagen owners take very good care of their vehicles and are returning them for buyback intact.

Mayer isn’t the first VW owner to give their own cars a bit of tough love before handing them in, and others have managed to complete the buyback process despite their cars missing bumpers, seats, and other bits and pieces. Perhaps Mayer simply crossed the line with his barely-there hatchback, or maybe VW will cave and hand him his check. We’ll just have to wait and see how it all pans out.