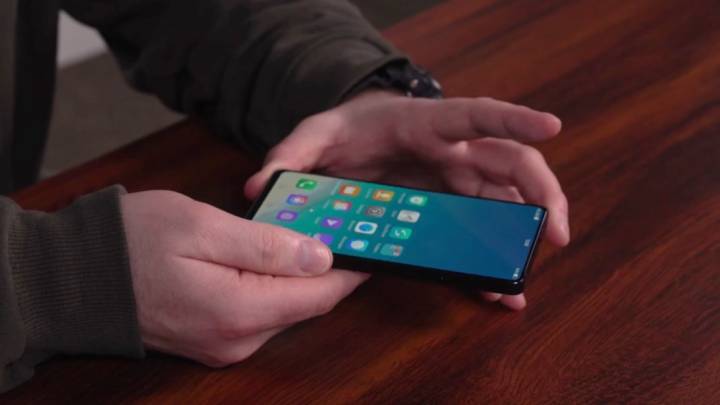 The main smartphone design trend this year is to create all-screen smartphones that look exactly like the iPhone X. Well, almost exactly like Apple’s flagship, as there’s n Android-device that copies the notch, or the phone itself, perfectly.

That doesn’t mean all-screen smartphones have to look like the iPhone X, and there are other companies that are looking at things differently. Xiomi has such designs, and Lenovo has been teasing an all-screen, notch-less handset of its own. But it’s a different Chinese smartphone maker that’ll unveil a new all-screen phone concept soon.

Back at MWC 2018, Vivo demoed the Apex, a handset that has a huge screen and no notch. The display extends almost from bezel to bezel, although it does pack a bottom chin like most Android smartphones nowadays.

The selfie camera, meanwhile, which usually goes right inside the notch, is neatly hidden inside the top edge. The camera pops up when it’s needed, and pops in when you’re done with it. Needless to say that such a design isn’t going to offer you any kind of face unlock features, at least not the Face ID kind.

But Vivo apparently thinks you don’t need a camera looking at you at all times.

The Chinese smartphone maker will unveil the handset during a media event scheduled for June 12th in China. The company already aired a World Cup-centric ad that’s all about soccer and all-screen phones, suggesting that a huge marketing promotion will follow once the World Cup kicks off in mid-June. Vivo is an official sponsor of the massive sporting event.

The commercial is available at this link. A video demo of the Vivo Apex follows below, via Unbox Therapy.