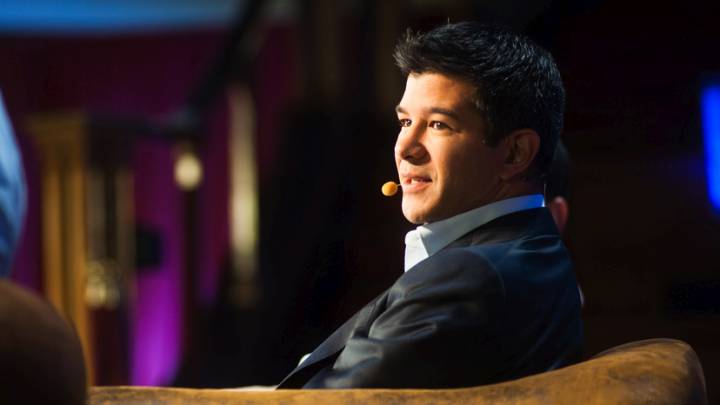 After being caught on video verbally berating one of his own Uber drivers, Uber CEO Travis Kalanick is issuing an apology to all of his employees, and specifically to the driver that was the target of his rage. The video, which was originally published by Bloomberg, was captured by driver Fawzi Kamel’s in-car camera. It shows the controversial CEO arguing with Kamel over Uber’s fares and the pricing model that the driver believes is costing him money. It ends with Kalanick underhandedly accusing Kamel of blaming someone else for his own problems.

“Some people don’t like to take responsibility for their own shit,” Kalanick pushes. “They blame everything in their life on somebody else.” As he gets out of the car, Kalanick jabs an extremely sarcastic “Good luck!”

Once the video began to spread, Kalanick sent a note to the entire company apologizing for what was very clearly a huge gaffe on his part, while also addressing his overall attitude and public image:

By now I’m sure you’ve seen the video where I treated an Uber driver disrespectfully. To say that I am ashamed is an extreme understatement. My job as your leader is to lead…and that starts with behaving in a way that makes us all proud. That is not what I did, and it cannot be explained away.

It’s clear this video is a reflection of me—and the criticism we’ve received is a stark reminder that I must fundamentally change as a leader and grow up. This is the first time I’ve been willing to admit that I need leadership help and I intend to get it.

I want to profoundly apologize to Fawzi, as well as the driver and rider community, and to the Uber team.

The video is a huge blemish on top of a rapidly deteriorating reputation. Just last week, Uber resorted to begging users to reconsider deleting its app after damning sexual harassment allegations from a former employee and accusations from Google’s Waymo team over stolen intellectual property spawned the #deleteuber campaign on social media. Whatever help or guidance Kalanick plans to lean on going forward, he should probably fast track it.