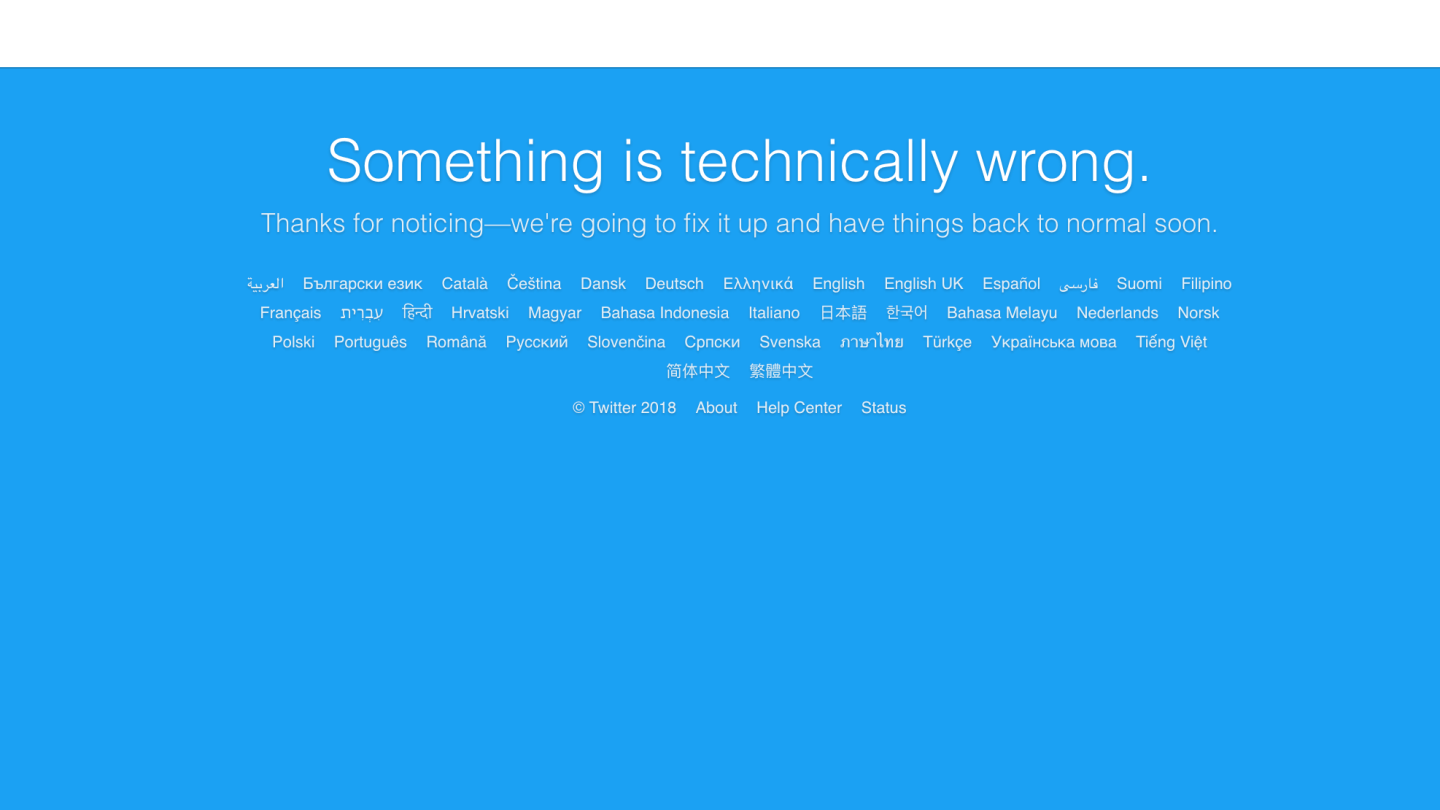 UPDATE | 4/17 at 10:09 AM: Error messages are once again appearing on Twitter.com. At the moment, when I try to load the site on my browser, I’m getting the following message: “Something is technically wrong.” While the issue was at least temporarily resolved, we’re right back where we started at the moment.

On Tuesday morning at approximately 9:45 AM ET, Twitter.com went offline for many users, including our entire staff. Although the site appears to be in the process of coming back to life, we went about ten minutes without being able to load anything from the actual site, though third-party apps appeared to work during the outage.

It’s unclear what happened or how many users are still affected. Neither the official Twitter or Twitter Support accounts have said anything about the outage yet, so it’s hard to say how many people weren’t able to access Twitter, or how many are still having trouble loading the site or sending out tweets from their accounts.

While we’re waiting for confirmation from Twitter about what happened (providing the social network decides to give us any information about what appears to have been a very short outage), here are some panicky tweets:

twitter was down for me for several minutes, so i took this screenshot so that i could make a joke about it on twitter, and then realized the problem with that idea pic.twitter.com/eLAXaav3ld

Is twitter down or do I need to pay my WiFi bill?

We’ll continue to provide updates until the outage has been resolved and Twitter has (hopefully) offered some kind of explanation. In the meantime, we’re going to have to figure out how to live our lives without Twitter.