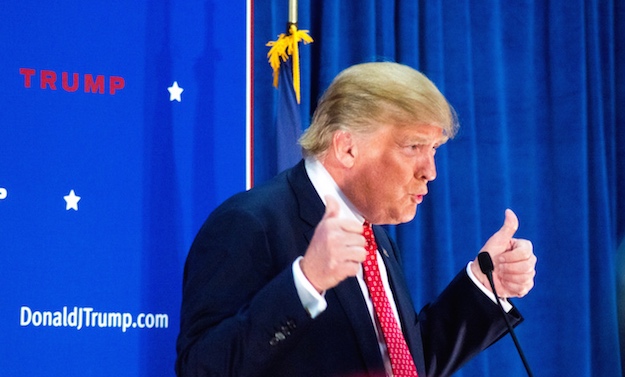 Apple CEO Tim Cook announced last night that his company would not comply with a U.S. court order to help the FBI unlock an iPhone that was owned by one of the shooters in last year’s ISIS-inspired massacre in San Bernardino, California. This particular order did not require Apple to break encryption on the device but only asked the company to help officials use brute force tactics to unlock the shooter’s iPhone 5c without any risk of its data being wiped. Nonetheless, Cook equated this order as mandating a backdoor to the iPhone’s security and said it was too dangerous for Apple’s user base.

Apple is already facing political blowback over its refusal to comply with the court order and Republican presidential candidate Donald Trump blasted the company’s stance during an interview on Fox News Wednesday morning.

Despite being in possession of the shooter’s iPhone for two months, the FBI has been unable to access it because it is passcode protected and entering in more than 10 incorrect passcodes will automatically wipe the data from the device. The agency argues that it needs to have access to the phone’s contacts so it can learn about potential contacts between the shooter and other ISIS recruits both at home and abroad.

In his letter justifying Apple’s refusal to comply, Cook said that creating a system to bypass the iPhone’s passcode protection would have far-reaching implications that go well beyond this one particular case.

“The government suggests this tool could only be used once, on one phone,” Cook said. “But that’s simply not true. Once created, the technique could be used over and over again, on any number of devices. In the physical world, it would be the equivalent of a master key, capable of opening hundreds of millions of locks — from restaurants and banks to stores and homes. No reasonable person would find that acceptable.”