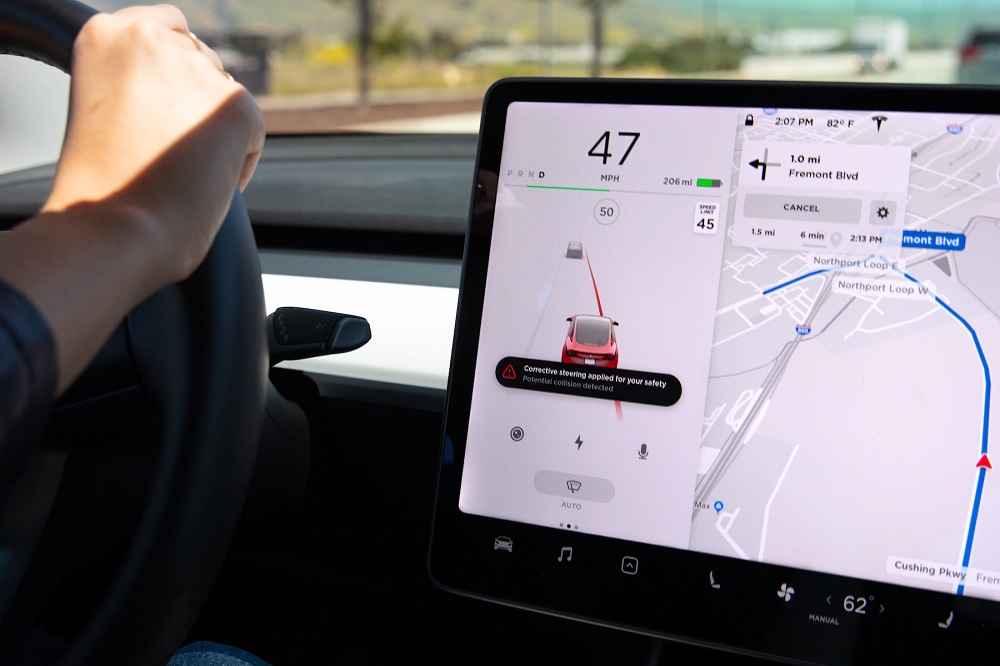 Say what you will about Tesla’s underlying business model or Elon Musk’s various antics, there’s simply no denying that Tesla vehicles are some of the safest cars on the planet. The NHTSA, for example, recently said that the Model has the lowest probability of injury across any other car they’ve tested.

What’s more, Tesla, through the use of software updates, can make existing cars safer to drive than they were when initially purchased. In light of that, Tesla earlier this week rolled out a software update with two new features designed to make Tesla vehicles even safer. Specifically, the new features are designed to prevent drivers from inadvertently swerving into adjacent lanes.

The first feature, dubbed Lane Departure Avoidance, will detect when a driver starts veering into a nearby lane.

Lane Departure Avoidance lets a driver elect to have corrective steering applied in order to keep them in their intended lane. When the feature is in use and a driver is departing a lane without their turn signal on, the car will also check to see whether a driver’s hands are on the wheel. If a driver’s hands are not detected on the wheel, the driver will receive a series of hands-on reminders and alerts, similar to the ones that our cars provide to customers who use Autopilot. If a driver’s hands are repeatedly not detected on the wheel when Traffic Aware Cruise Control is in use, their car will gradually slow down to 15 miles below the speed limit or below the car’s set speed and turn its hazard lights on.

The second feature, dubbed Emergency Land Departure Avoidance, is designed to keep a car in its current lane if the system discerns that there may be a collision if the car moves into another lane.

Incidentally, the features above will work on all cars built after 2016 regardless of whether or not you paid for Tesla’s Autopilot package. Tesla notes that the new features will arrive on Model 3 vehicles first before being pushed out to the Model S and Model X.