Tesla’s emergence as a revolutionary automaker over the past few years hasn’t exactly been a smooth ride. Between Elon Musk’s antics and a long history of production issues — not to mention an equally long history of losing money every quarter — Tesla has nonetheless managed to stay afloat while fundamentally changing the way many people view the driving and car-buying experience.

That notwithstanding, Tesla’s success has given rise to a number of decidedly anti-Tesla groups keen on taking the company down a peg at any given opportunity. From union organizers who sometimes employ somewhat shady tactics to fossil fuel advocates who routinely pump out slanted anti-Tesla stories, it’s no secret that Tesla has its fair share of enemies.

In light of that, there appears to a new type of anti-Tesla behavior that’s downright bizarre. For the second time in as many weeks, pickup trucks have been occupying charging stations meant for Tesla owners. And lest you think the pickup owners are accidentally parking in the wrong spot, the owners seen to have a penchant for yelling profanities at Tesla drivers.

As recounted via a Redditor with the handle BarcodeOfficial, one of the pickup owners was heard shouting, “F*** You” at a Model 3 owner. A photo of the scene in question can be viewed below. 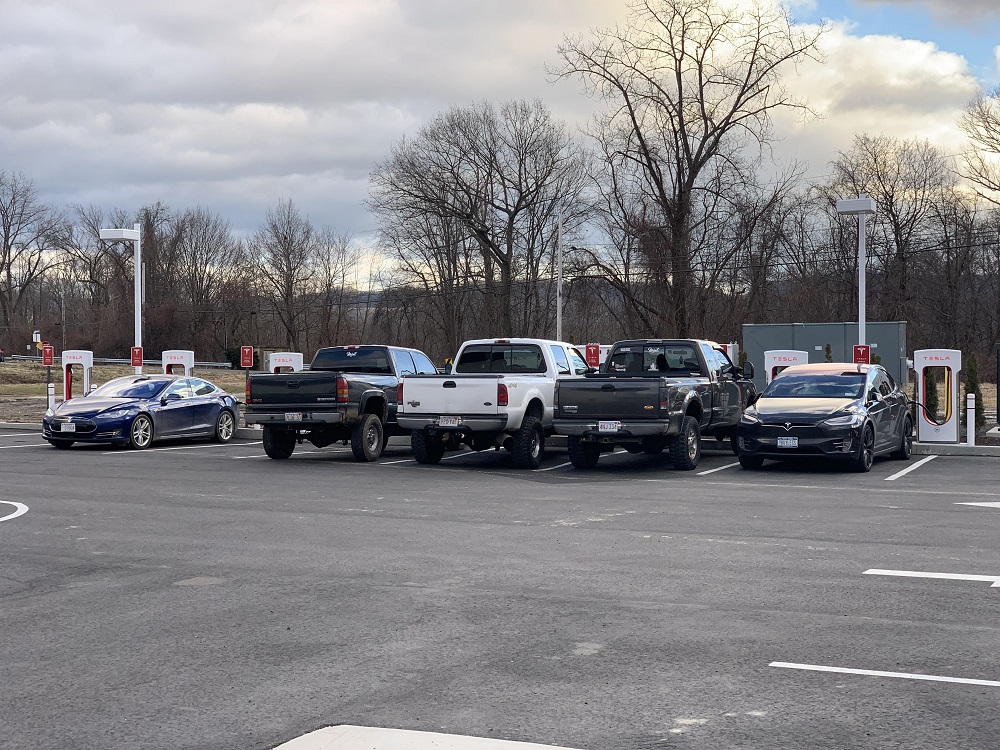 Now if any of this all sounds strangely familiar, it’s because a similar incident went down two weeks ago. Also brought to light via Reddit, the photo below was described thusly: “I’ve never had a supercharging experience like this one. These trucks blocked all the chargers, chanted “F” Tesla, and were kicked out by a Sheetz employee.” 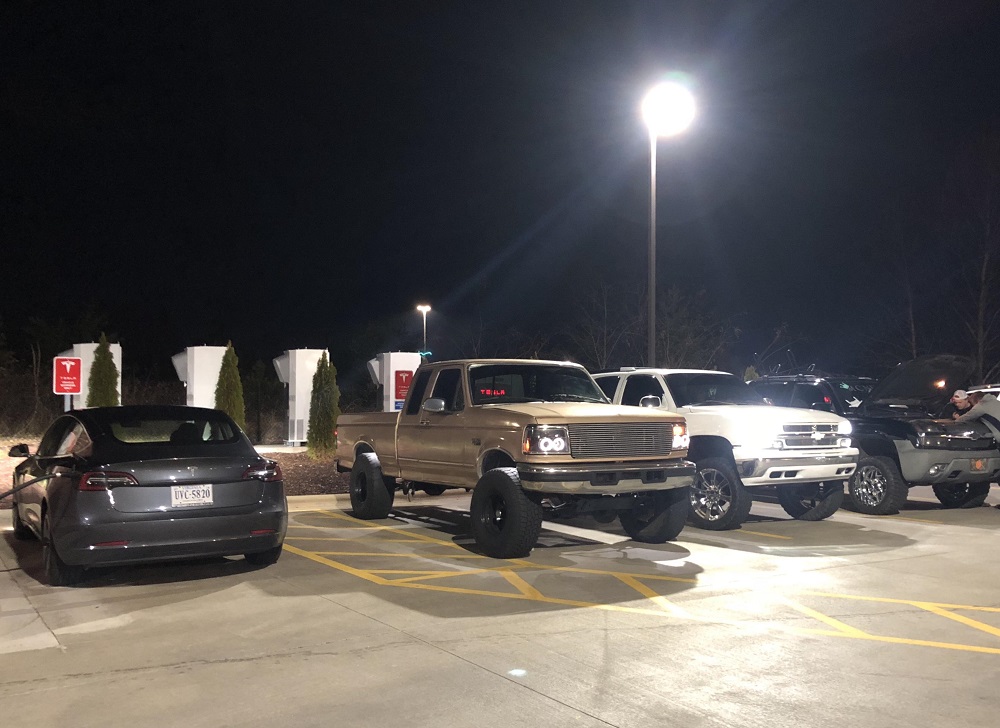 So what’s a Tesla owner to do if they find themselves in a situation like the ones described above? Well, you can always perform a self-tow but it may not be a good idea to escalate the situation. That said, the Model X’s ability to tow a pickup truck is rather impressive, as evidenced below.