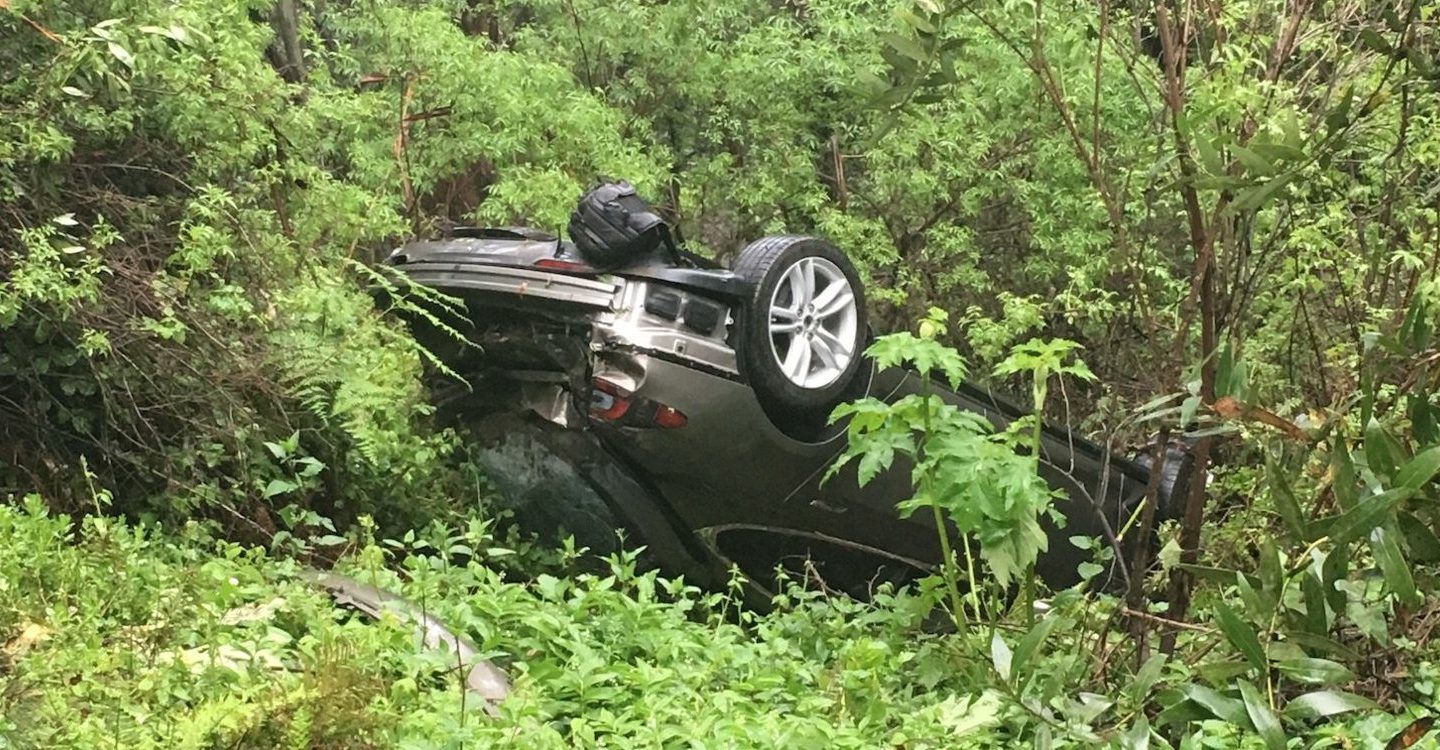 A Tesla driver in California last week was left astounded but unhurt after swerving off the road in his Model S and rolling 500 feet down a hill. The driver, who has remained anonymous, said that he was swerving around a deer in the road when he overdid it and slid off the road. He credits the Tesla’s safety features and strong design with his life.

The driver was in the Oakland hills, on Grizzly Peak Boulevard, when his close encounter with nature occurred:

“While Driving perhaps a tad too spirited, a deer appeared at a curve at the worst possible moment. I instinctively (mistakenly) swerved to avoid it and my car ended up over the edge. We tumbled perhaps 150-200 feet down a steep slope, ended up upside down.”

After revisiting the crash scene, they worked out it was more like 500 feet that the car slid. The driver shared photos of his vehicle after the crash, which show serious damage to the crumple zones at the front and back. The car’s passenger cabin, however, was left virtually undamaged, and both the driver and the passenger were left with bruises, sore muscles, and a healthy respect for not speeding.

Teslas have become renowned for their safety in crashes, after a number of videos show serious collisions that left the occupants unharmed. Tesla does have a leg up over conventional vehicles when designing for safety: as it doesn’t have to account for a gas tank or heavy engine, it’s easier to design large crumple zones and a solid rollcage. The low center of gravity, due to the battery, also makes it easier to include safety components higher up the vehicle and not compromise handling.