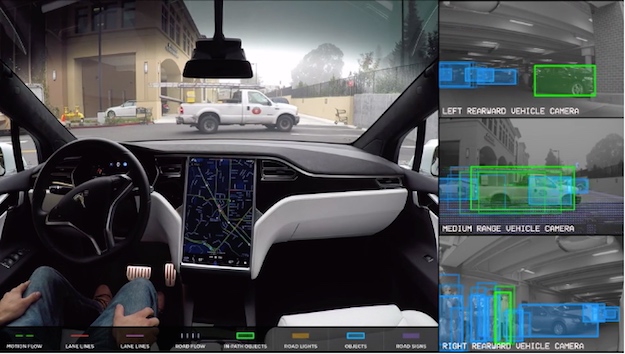 Public perception of Tesla’s suite of Autopilot features has undergone a dramatic and remarkable shift in recent months. When Tesla first introduced the feature in October of 2015, Elon Musk was heralded as a modern day Thomas Edison capable of delivering revolutionary products and services that previously existed exclusively in the realm of science fiction. Since then, Musk’s predictions with respect to self-driving cars have only gotten bolder.

Just three months ago, for example, Musk said that the company later this year would demo a Tesla Model S driving itself from New York City all the way to Los Angeles with no driver interaction whatsoever.

Musk’s boasts aside, the efficacy of Tesla’s Autopilot feature has been called into question over the past few months in the wake of a number of Autopilot related accidents. While not every Tesla accident can be attributed to the car’s Autopilot system, even ardent Tesla fans will concede that the software still has many kinks that need to be ironed out.

That said, a new profile on Tesla from the Wall Street Journal paints a worrisome picture of Tesla’s Autonomous driving plans. Specifically, the report claims that a number of engineers within the company believe that Tesla’s self-driving initiative is moving along far too fast and that it may be putting drivers in serious danger. As a prime example, some Tesla engineers were none too pleased at Elon Musk’s initial marketing strategy which involved categorizing the company’s Autopilot feature as “Full Self-Driving.”

Behind the scenes, the Autopilot team has clashed over deadlines and design and marketing decisions, according to more than a dozen people who worked on the project and documents reviewed by The Wall Street Journal. In recent months, the team has lost at least 10 engineers and four top managers…

Marketing aside, some engineers have even said that the feature’s underlying technology is far from ready.

Weeks before the October 2015 release of Autopilot, an engineer who had worked on safety features warned Tesla that the product wasn’t ready, according to a resignation letter circulated to other employees and reviewed by the Journal.

Autopilot’s development was based on “reckless decision making that has potentially put customer lives at risk,” the engineer, Evan Nakano, wrote.

In recent months, Tesla has taken steps to limit the overall functionality of its Autopilot software, effectively conceding that its original implementation wasn’t as safe or reliable as many people initially assumed.

There are certainly two sides to every story, and we’ll update this if Tesla issues an official comment on the matter.