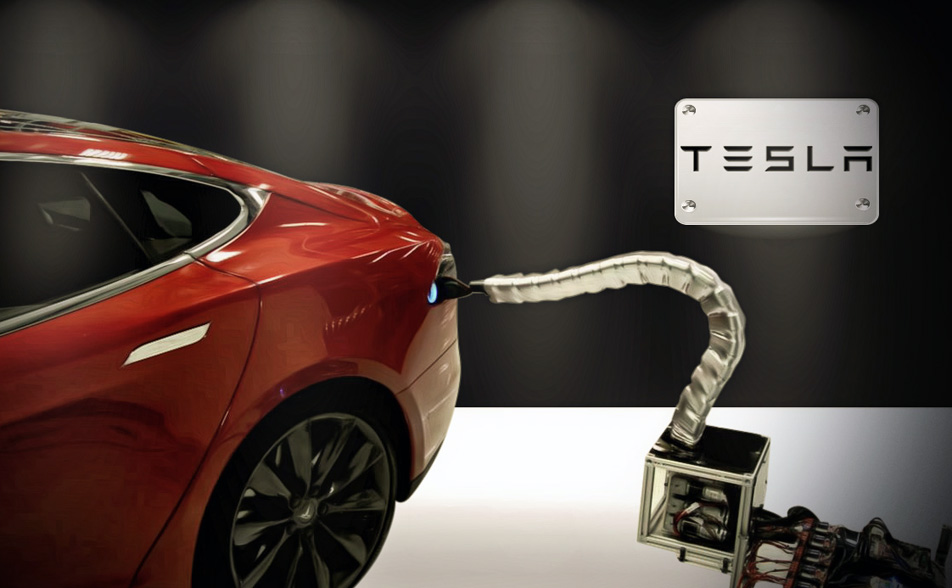 Some day you’ll pull your electric car into your garage and it will start charging instantly because there will be a wireless charger built into the floor beneath it. We have quite a ways to go before wireless technology can safely move enough current to efficiently charge a car though, and different companies are working on ways to improve existing charging tech in the meantime to tide us over.

One of the coolest things we’ve seen so far was a demo of an autonomous Tesla charger prototype that looked absolutely amazing, but Tesla has yet to actually make it a reality. As it turns out, a Model S owner got tired of waiting so he built a version of it for himself.

Back in August of last year, Tesla built a prototype of an autonomous charger mechanism and showed off a video on Twitter. Here’s the prototype in action:

It looked like a scary snake robot out of some post-apocalyptic sci-fi movie, but the concept is actually quite smart. By creating a mechanism that connects itself to a car automatically, it obviously simplifies the process a great deal.

But sadly, you won’t find any crazy robotic snakes at Tesla’s Supercharger stations.

Model S owner Deepak Mital was tired of waiting for Elon Musk’s autonomous charger to become a reality, so he built his own motorized charging system. As Electrek noted, it uses a custom designed mechanism and a Raspberry Pi to control it. It’s a bit slow, as you’ll see in the video below, but the machine guides the charger into the Model S’s charging port without any help from a human, just as Mital intended.

A video showing the cool DIY autonomous charger in action follows below.