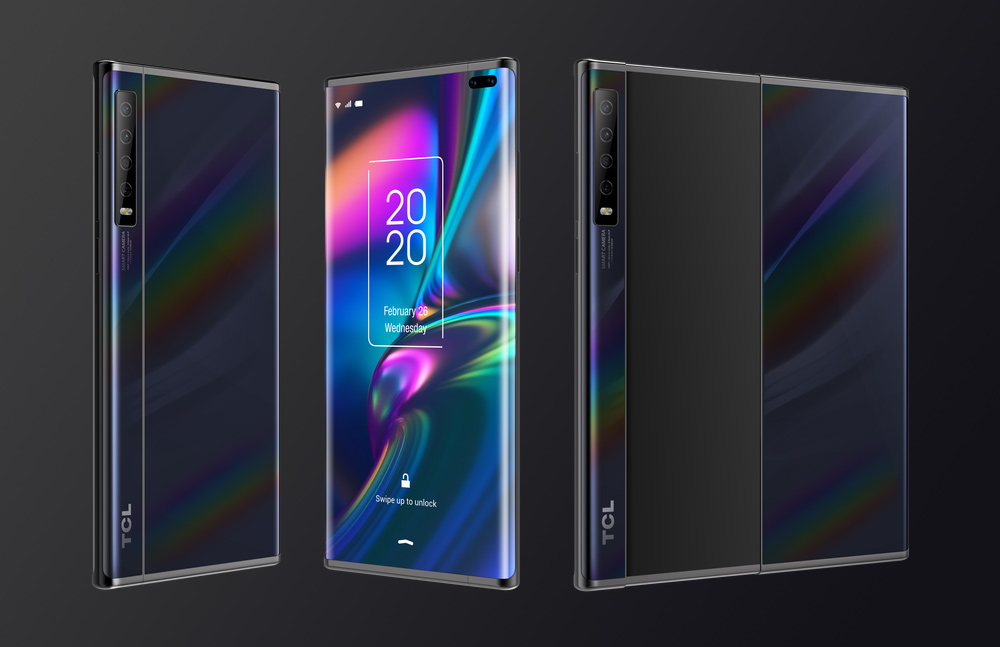 If we’re being perfectly honest, 2020 is shaping up to be a pretty boring year overall as far as smartphone designs go. Apple’s new iPhone 12 and iPhone 12 Pro phones are getting a big overhaul that sounds great, but it’s not exactly going to be anything earthshattering. After three iPhone generations with the same design, the iPhone 12 series will replace the current housing with one that has flat metal edges on the sides instead of round ones. That said, TF International Securities analyst Ming-Chi Kuo says the camera cluster on the back will still look the same and there will still be a big notch on the front, so it doesn’t exactly seem like it’ll end up being all that different from the iPhones we already have.

Where Android smartphones are concerned, things get a little more complicated. There are a few foldable smartphones that have launched recently, and those designs are new and different. That said, they’re not exactly going to win any beauty pageants. There is a fantastic new smartphone design that’s sleek and modern with an all-screen front and curved edges on either side, but there’s a problem with that design too: it’s everywhere. Remember back in 2018 when nearly every single Android phone company stole Apple’s iPhone X design? Well, now they’re all stealing Samsung’s Galaxy S10 and Galaxy S20 design. It’s already getting a bit tiresome, but hey, at least it’s a great design.

A lot of people have been talking about the dual folding TCL concept that has three panels joined by two hinges. One panel folds forward and the other folds toward the back of the device, and it’s definitely an interesting concept. The other one isn’t just “interesting” though, it’s mind-blowing.

TCL calls this model a rollable smartphone, and it’s definitely one of the coolest things we’ve ever seen. A flexible display takes up almost all of the front of the phone, and it looks pretty standard when it’s closed. As you can see in the animation above though, the phone has an internal motor that lets it extend width-wise and when it does, the display rolls out and expands. How cool is that?!

There’s no word on when or even if TCL will release this particular concept phone. It certainly won’t be anytime soon, since TCL only had dummy mockups to show off as opposed to functional prototypes. But this is just a small taste of what smartphone companies are working on right now behind closed doors, and it’s very exciting. Most smartphones might look about the same in 2020, but there are some fun new designs coming right around the corner.