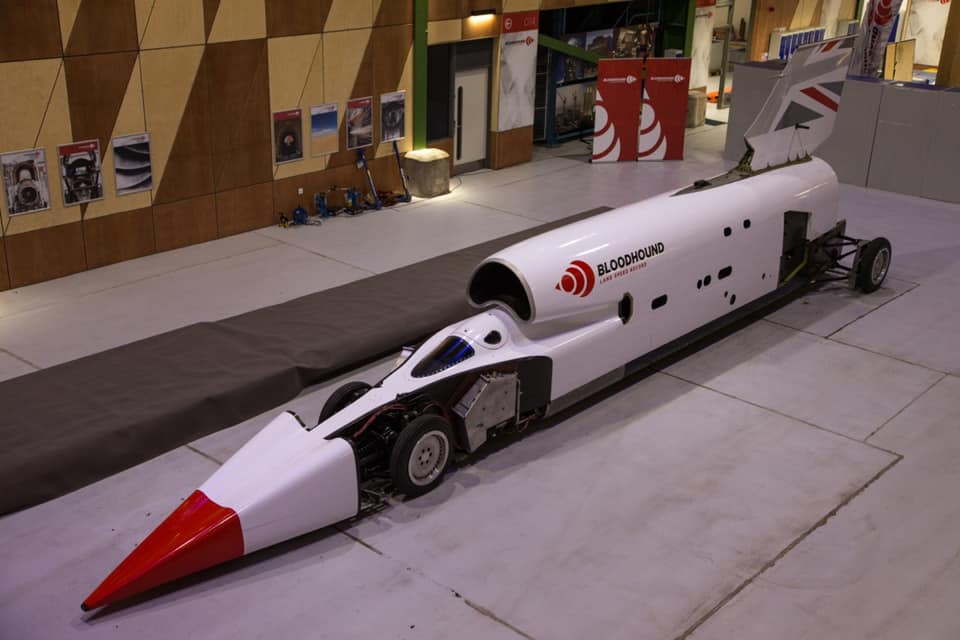 Hard as it might be to imagine a car that can travel at supersonic speeds of up to 1,000 miles per hour, one such project is working to get closer to that goal — the Bloodhound supersonic car project, which has a major speed test set for October.

The car, which has a British team behind it that almost gave the whole thing up last year, will try and hit 500 miles per hour on a new custom-built racetrack on a salt flat in South Africa. Already, the car has reached the 200 mph mark in a test run at Cornwall Airport in the UK back in the fall of 2017, the culmination of a multi-year effort to achieve that feat.

“We’re running the car on a brand new surface,” the project’s CEO Ian Warhurst said in a statement about the October test, which was announced today. “The wheels have been designed specifically for this desert lake bed, but it will still be vital to test them at high speeds before making record speed runs.

“This world land speed record campaign is unlike any other, with the opportunities opened up by digital technology that enabled the team to test the car’s design using computational fluid dynamics and that will allow us to gather and share data about the car’s performance in real-time.”

The current land speed record this project is trying to break is 763 mph, a milestone achieved in 1997 by a former Royal Air Force fighter pilot who also was the first person to break the sound barrier on land in a supersonic car.

The Bloodhound project is the result of more than 10 years of work encompassing the design and manufacture of a supersonic car. It was originally going to try to make an 800 mph run in 2017 until the company behind it ran into money trouble.

The vehicle underwent a kind of relaunch in March of this year, complete with the addition of features like a parachute braking system. Warhurst’s comment about looking at data from the car in real-time refers to the work the team is planning ahead of the all-important attempt next year, in which it will try to actually break the current land speed record.