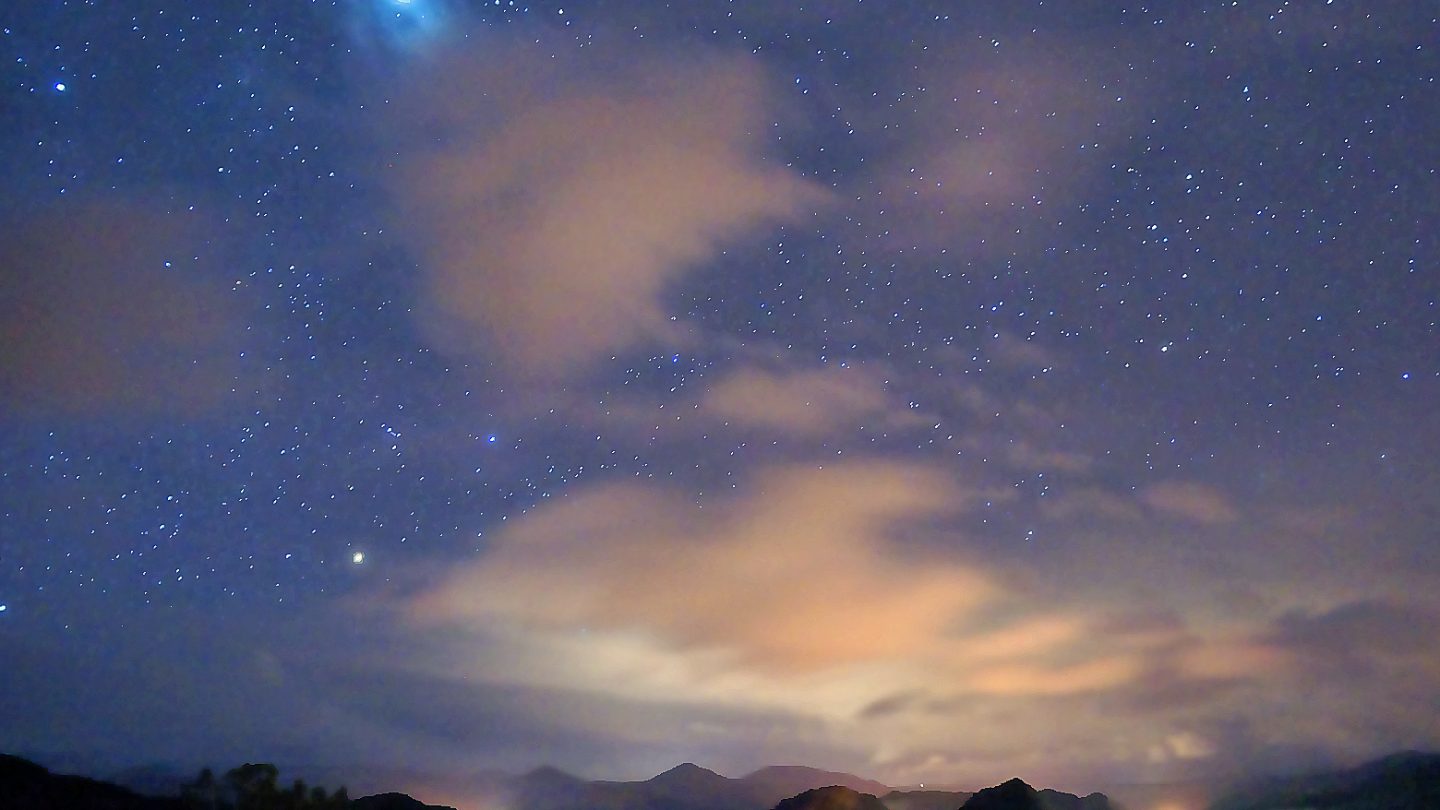 A college professor and his students might be at the cusp of accurately predicting a change in our night sky. Larry Molnar of Calvin College, with the help of colleagues Karen Kinemuchi and Henry Kobulnicky, say that a gigantic explosion in space is just a few years away, and that it’s going to be visible to the naked eye.

Molnar’s prediction is based on a star called KIC 9832227, which he began observing three years ago after hearing a presentation by Kinemuchi. KIC 9832227 was discovered to be a binary star, which means that it’s actually two stars in close orbit of one another. But unlike most of the observed binary stars, Molnar believes that the two volatile spheres are actually about to collide, which is something scientists have never before been able to witness.

Molnar says the epic collision will happen sometime in 2021 or 2022, and the fantastic explosion it creates will actually be visible as a bright spot in our view of the night sky here on Earth. The resulting luminous red nova it creates should stick around for around a month, and if Molnar is correct, the new bright dot will appear in the constellation Cygnus. Of course, we won’t actually be seeing the explosion in real-time, but rather as it appeared roughly 1800 years ago, with the light of the event just now making it all the way to Earth.

It’s a once-in-a-lifetime chance for astronomers to see such an event in action, and it’s a huge deal for all of the scientists and observers involved. For that reason, the entire investigation and eventual observance of the event (or not) is being shot for a full-length documentary feature called Luminous, which is scheduled to be released in 2022 or 2023, depending on how the whole space saga plays out.