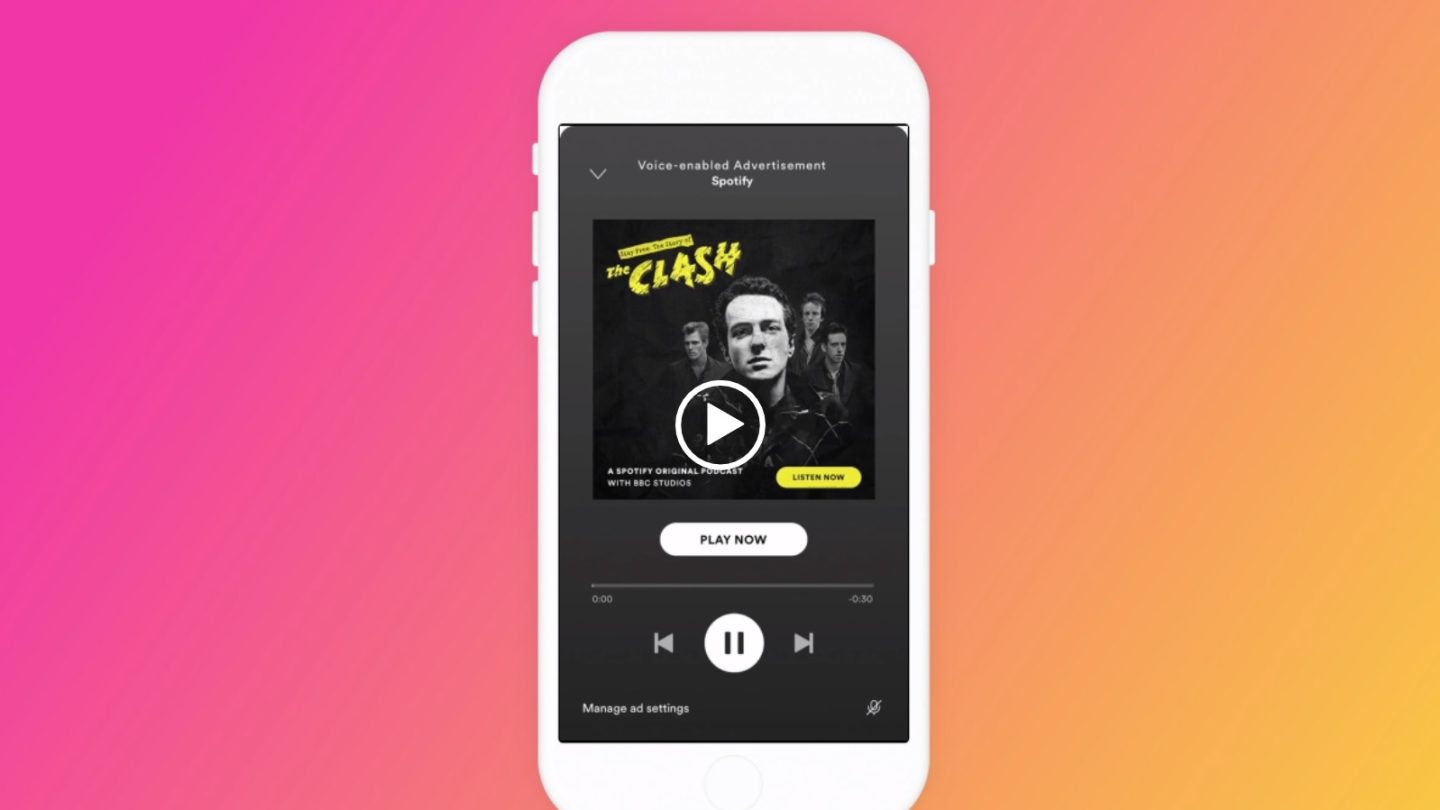 Voice technology is all the rage nowadays, as the Amazon Echo and Google Home continue to fly off store shelves at a record pace. Spotify has taken notice, and on Thursday, voice-enabled advertisements hit the music service. Users will be encouraged to verbally respond to the ads, which will then redirect them to the content being advertised. For now, that only includes content that can be found within the Spotify app.

According to TechCrunch, the first of the two ads being tested is for a Spotify Original podcast called Stay Free: The Story of The Clash, which is an eight-part series charting the rise and fall of the British rock band. The second, set to enter the rotation later this month, will promote a branded playlist from Unilever.

Spotify explained to Ad Age that the voice-enabled ads will only work if the user’s microphone is enabled. When an ad appears — say, the AXE ad from Unilever — the user can say “play now” into their microphone, at which point the app will automatically load the sponsored playlist and begin playing music from it. After the verbal command has been recognized, Spotify says that the mic turns off, for those worried about their privacy.

At the moment, the voice ads are only appearing for a small subset of Spotify’s free mobile listeners in the US who have enabled the app’s voice controls. So if you’re paying for the service, you won’t see these ads. You can also opt out of them altogether in the Settings menu under “Voice-Enabled Ads.” There’s also a “Manage Ad Settings” button that appears while the voice ad is playing, so you don’t have to go searching for the setting.

“We believe voice – really across all platforms – are critical areas of growth, particularly for music and audio content,” Spotify co-founder and CEO Daniel Ek told investors during a call on Monday. “And we’re investing in it, and we’re testing ways to explore and refine our offering in this arena.”