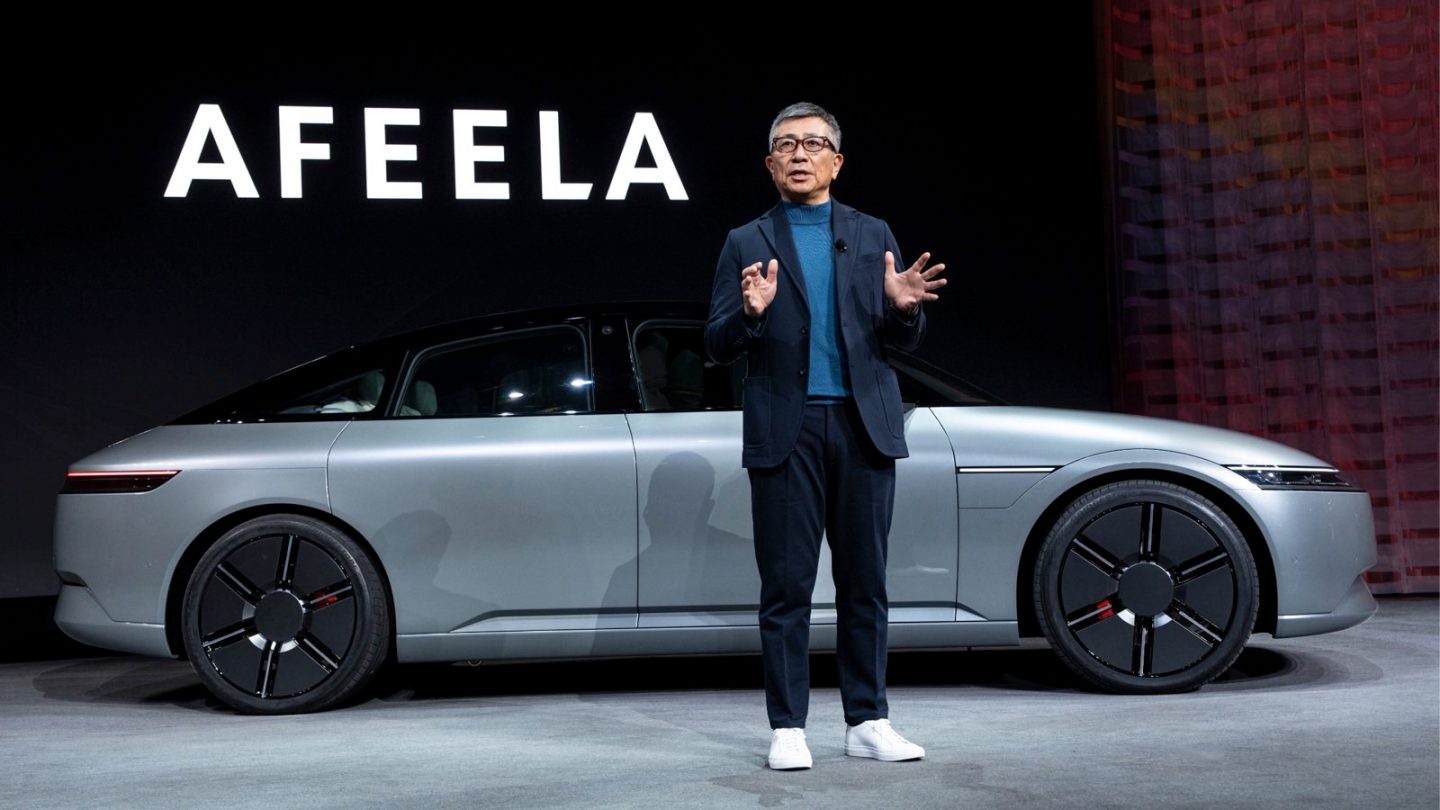 Rumors about Apple’s plans to launch an Apple Car this decade flooded the web in the past two years, but the tech giant is yet to make any official announcement. In the meantime, a different tech giant is ready to commit to a launch schedule for an electric car and might beat Apple to market. Sony announced at CES the Afeela EV, showing off a prototype manufactured together with Honda. The two companies plan to deliver the first Afeela units to buyers in the US as soon as 2026.

CEO of Sony Honda Mobility (SHM) took the stage at CES to introduce the Afeela and announce the launch plans of this technologically advanced electric vehicle.

The exec said SHM plans to start taking preorders in the first half of 2025, with sales to follow in the second half. Deliveries will begin in spring 2026 in North America. That’s assuming Sony and Honda can manufacture the vehicle without hiccups that could delay the launch schedule.

Sony and Honda announced their car venture in March, as AP explains. It’s a 50-50 joint venture, with Honda bringing its expertise in car manufacturing and Sony delivering all the tech (imaging, network, sensors, and entertainment).

Honda will handle production, which will take place at the company’s 12 plants in the US. That’s the first market for Afeela, with SHM choosing the country as EVs are already popular here. Japan comes second, and then European markets will follow.

The tech side is easily the most interesting for such cars, and Afeela is no different. The exterior will feature a Media Bar on the outside, letting you display content to surrounding people. And that’s the least exciting tech feature of the Afeela.

More exciting are the sensors. Sony packed no fewer than 45 cameras and sensors in the Afeela. They’re present inside and outside the vehicle, as seen in the image above. Eventually, the Afeela might become a self-driving electric vehicle, with the help of sensors and software — from Sony’s announcement:

We aim to develop Level 3 automated drive under limited conditions and to enable Level 2+ driver assistance in even more situations, such as urban driving.

Powering the experience is Qualcomm’s Snapdragon Digital Chassis System-on-Chip (SoC), which will deliver 800 TOPS of performance.

Sony also plans to leverage its experience in entertainment for Afeela and introduce a new HMI, short for Human-Machine Interface. That’s a fancy way of saying the Afeela will provide lots of in-car entertainment, including support for streaming and games. Moreover, Sony wants to offer users augmented reality (AR) features, such as intuitive navigation via AR, with the help of its sensing technology.

In addition to Qualcomm, SHM also highlighted Epic Games as a partner for Afeela. The game maker will work with Sony on new “values and concepts for mobility.”