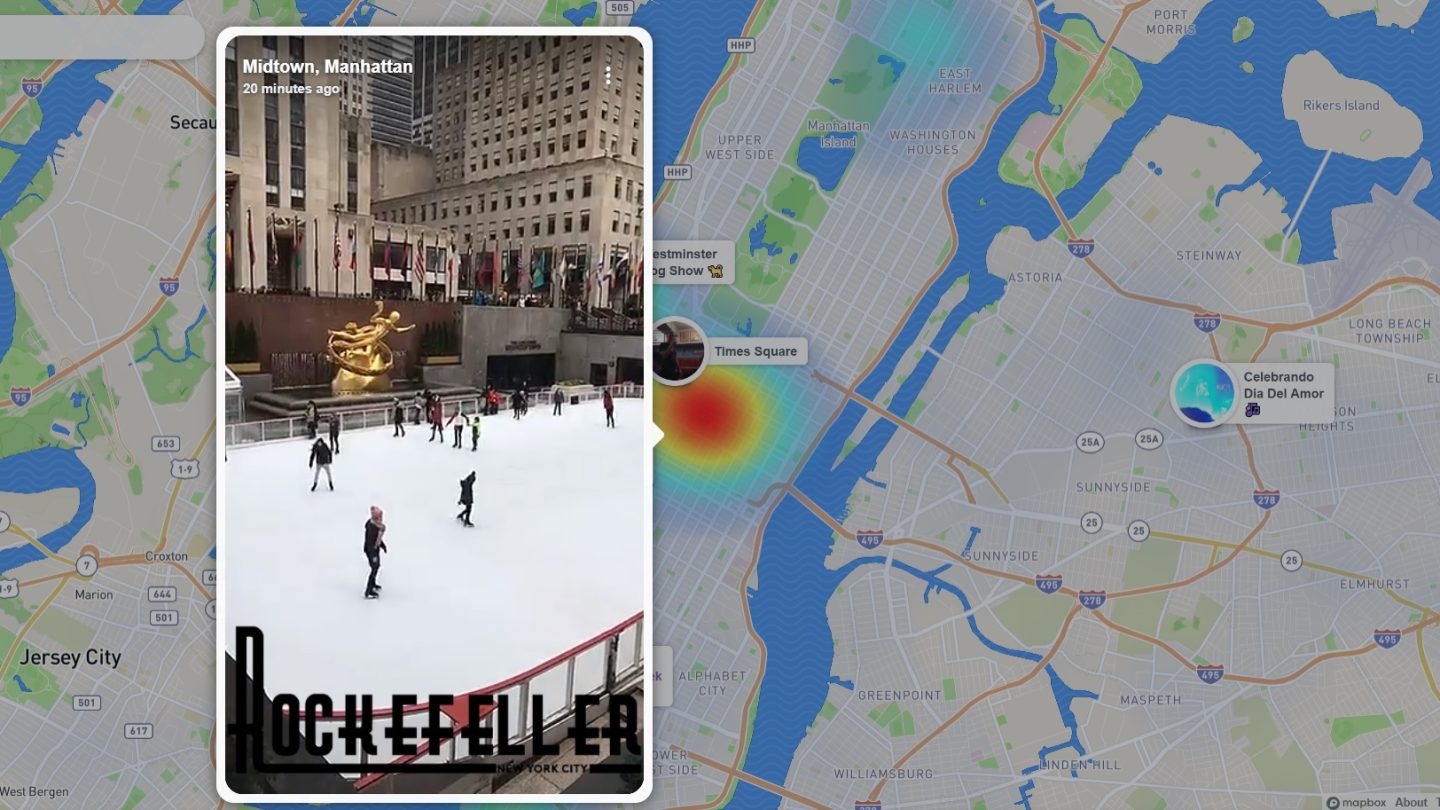 While Snapchat users are still reeling from the recent update, the company has continued to expand beyond the reaches of the app. After giving users the ability to share and watch Stories outside of the app last month, Snap this week is bringing the Snap Map feature to the web for anyone to browse, regardless of whether or not they have the app. You can check out the web-based Snap Map for yourself at map.snapchat.com right now.

As the web-based Snap Map is disconnected from the Snapchat app, you won’t see your friends while browsing the map. Rather, the Snap Map is populated exclusively by public stories of popular events, places or brands. You can still tap anywhere to see Snaps from random users though, so it has most of the same functionality.

Swiping around New York City on my browser, I found public story bubbles for Times Square, the Westminster Dog Show and New York Fashion Week. A little further out I saw stories for two hockey games, as well as countless hot spots where I could tap to see the Snaps that strangers had been capturing in those areas.

Not only is the Snap Map an incredibly effective time-waster, but it could serve as a valuable tool for brands and businesses to market themselves. The button in the top-right corner of the screen allows you to immediately create a shareable link as well as an embed code for the part of the Snap Map that you’re viewing. You can do the same with a three-dot button that appears at the top of any Story you open from the map.

It’s not the rollback of the app update that many users hate, but it’s yet another way that Snapchat is evolving in a social media landscape that seems to change drastically every few months, if not even more frequently.