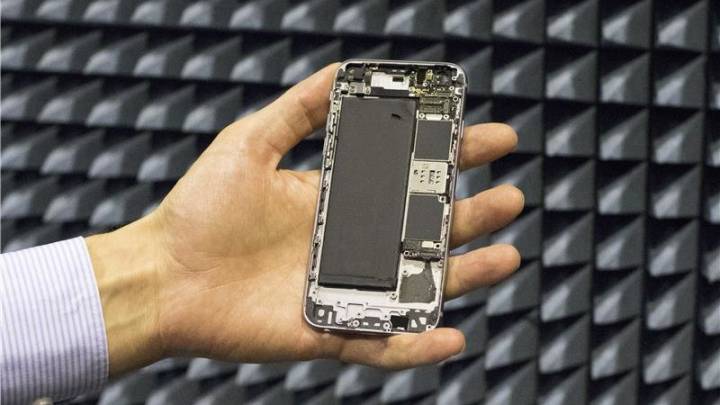 In the never-ending quest to squeeze more power out of less space in our smartphones, researchers in Finland have developed a revolutionary antenna technology that could boost your signal and extend your battery life, and do it all while taking up less space than what’s currently in your handset.

The idea is that, because your phone is packed with a variety of antennas with different tasks — like one for Wi-Fi and Bluetooth, another for GPS, and another for cellular — the result is too much power draw, reduced space, and possible interference. The bright minds at Aalto University in Finland set out to find a solution.

Their approach is to create an antenna that is made up of many smaller components that could adjust itself on the fly to capture whatever frequency it needs to. So, for example, when you and your smartphone leave your home’s Wi-Fi signal, that same antenna could digitally reconfigure itself to capture GPS instead.

“In this way, many smartphone applications like GPS, Bluetooth and Wi-Fi will no longer need their own antennas,” explains Jari-Matti Hannula, a doctoral candidate at Aalto.  “Instead, all of the phone’s data transfer can take place through one digitally controlled antenna. This in turn makes phone design easier and enables a larger screen size relative to phone size as the antenna does not require so much space’, explains doctoral candidate Jari-Matti Hannula.

But this kind of antenna technology is far from plug-and-play; the process of building a phone around this adaptable component will likely take years. The research team is currently working with Huawei to test commercial feasibility, but any commercial device incorporating the group’s antenna design is, for the moment, still in a conceptual state.