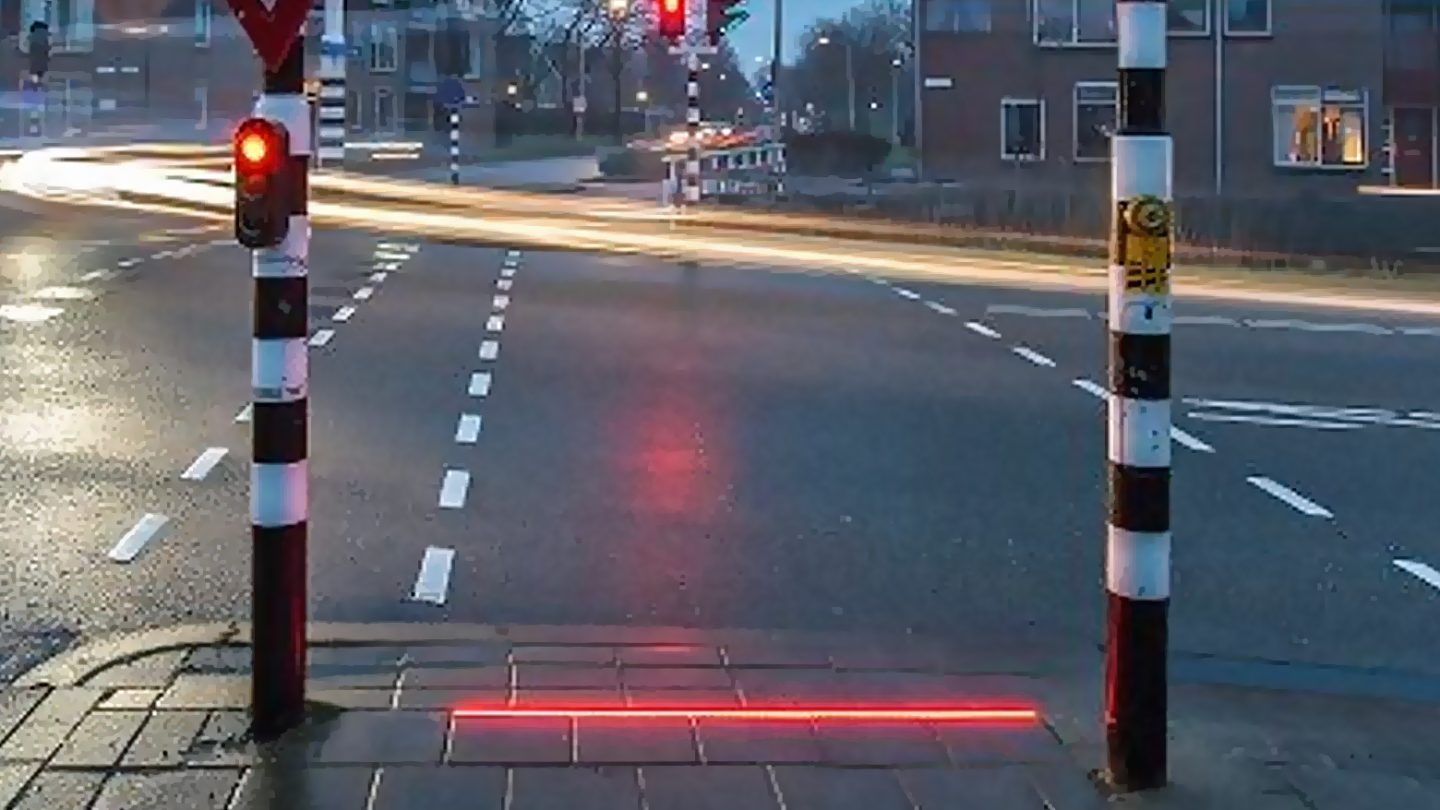 No matter where you happen to live on this big blue ball we call Earth, chances are you’ve wandered a sidewalk or two while gazing at your beloved smartphone. It’s a bad habit and we all know it, but that hasn’t actually stopped any of us from getting tunnel vision as we stare emotionless at our tiny screens and stumble our way to our destination. Now, in an effort to prevent smartphone addicts from accidentally killing themselves by walking headlong into a moving vehicle, the city of Bodegraven in the Netherlands is actually installing LED strips at crosswalks that are hard to miss even if your eyes are glued to your hand.

The brightly lit LED strips are called “+Lichtlijn” in Dutch, which translates roughly to “+Lightlines,” and they’ve already been installed at one busy intersection in the city. The LEDs change color in sync with the traffic lights, letting pedestrians know when it’s okay to walk and when they should stop and wait. The lights are bright enough that they should be extremely hard to miss regardless of how sunny or dark it is, and they’re built to withstand plenty of foot traffic.

If the newly installed Lightlines prove to be useful in stemming the city’s problem with “smartphone zombies,” additional Lightlines are likely to be installed both in Bodegraven and in neighboring cities. Depending on how it all works out, it might not be a stretch to think that we could see similar systems pop up elsewhere in Europe or even in the US.