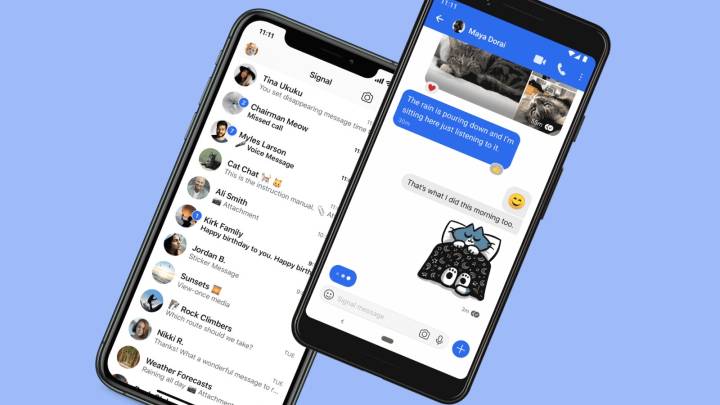 Signal is one of the various instant messaging apps available on iPhone and Android that offer end-to-end encryption. The chats can be accessed by anyone else other than the parties involved in it. iMessage and WhatsApp provide similar functionality by default, while Telegram’s end-to-end encryption needs to be enabled for each separate chat.

That sort of strong encryption has made surveillance operations more difficult in the past few years, with various governments attempting to either ban encrypted devices and apps or argue for backdoors that would allow law enforcement to collect data from suspects in criminal cases. That’s the sort of approach seen in Western countries that could one day threaten encrypted products. China has a different weapon in place. The country just blocked Signal. The app can still be used in China, but the process involves using an additional service.

Signal saw a massive surge in early January, as Facebook notified WhatsApp users of a new privacy policy change that will let Facebook collect more data from WhatsApp. Millions of people downloaded Signal and Telegram in the days that followed, forcing Facebook to clean up its own mess. Since then, the company took various steps to ensure customers that chats and calls will continue to be protected by the same strong end-to-end encryption standard.

According to TechCrunch, Signal is not available in mainland China as of the morning of March 16th. Censorship tracking website Greatfire.org says the Signal app and website have been banned on March 15th.

The app remains listed in Apple’s App Store for China, but it’s unavailable on Android devices running local digital stores. Google’s Play store isn’t available in China. It’s only iOS users that can download Signal on iPhone and iPad. Like with Telegram and WhatsApp, users will need to run a virtual private network (VPN) on their devices to run Signal. Without a VPN, these apps would not work in China.

Signal has a 4.9 out of 5 rating from 37,000 reviews in the Chinese App Store, TechCrunch points out. The app has been installed about 510,000 times to date. Globally, the app crossed 100 million downloads on iPhone and Android. Signal’s stats for China pale when compared to other chat apps, however. Telegram saw 2.7 million installs in China as of January, and WhatsApp reached 9.5 million downloads during the same period. Tencent’s WeChat is the main chat app in mainland China, with 1.1. billion monthly users. WhatsApp remains the world’s most popular instant messaging app, despite the recent privacy policy backlash. As of February 2020, the app had more than 2 billion users worldwide. Telegram surpassed 500 million users in January, following the WhatsApp-induced surge of downloads.