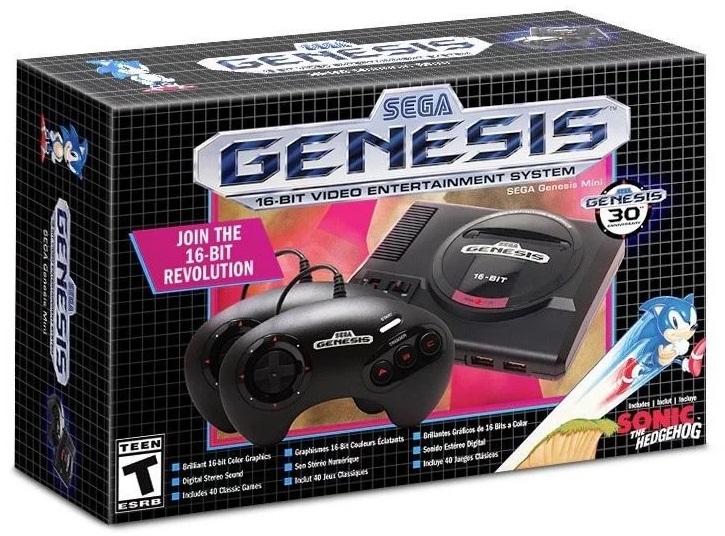 There’s always a lot of money to be made riding the wave of video game nostalgia, a lesson Nintendo was pleasantly surprised to learn when it launched the NES Classic Edition back in late 2016. The miniaturized console, if you remember, was an immediate hit and quickly became one of the hottest ticket items that holiday season.

Looking to hop on the bandwagon, Sega recently announced at Sega Fes 2019 that it will officially launch the Sega Genesis Mini later this year. Similar to the NES Classic Edition, the Genesis Mini will come pre-loaded with a number of the console’s more memorable games, including Sonic The Hedgehog and Castlevania: Bloodlines.

The bad news is that the Sega Genesis Mini won’t launch for quite a few months, with September 19, 2019 being the official launch date. Price wise, the mini console will retail for $80 and will ship with two wired controllers. While we can’t imagine the Genesis Mini will be as popular as the NES Classic Edition or SNES Classic, it should still prove to be popular for those looking to immerse themselves in some old fashioned 16-bit video game revelry.

Again, 40 games will ship with the Sega Genesis Mini but Sega curiously decided that it will divulge the full list in four gradual stages, likely in an effort to generate and maintain excitement for the forthcoming launch. That said, the 10 games Sega already confirmed will be part of the Genesis Mini launch include the following titles: