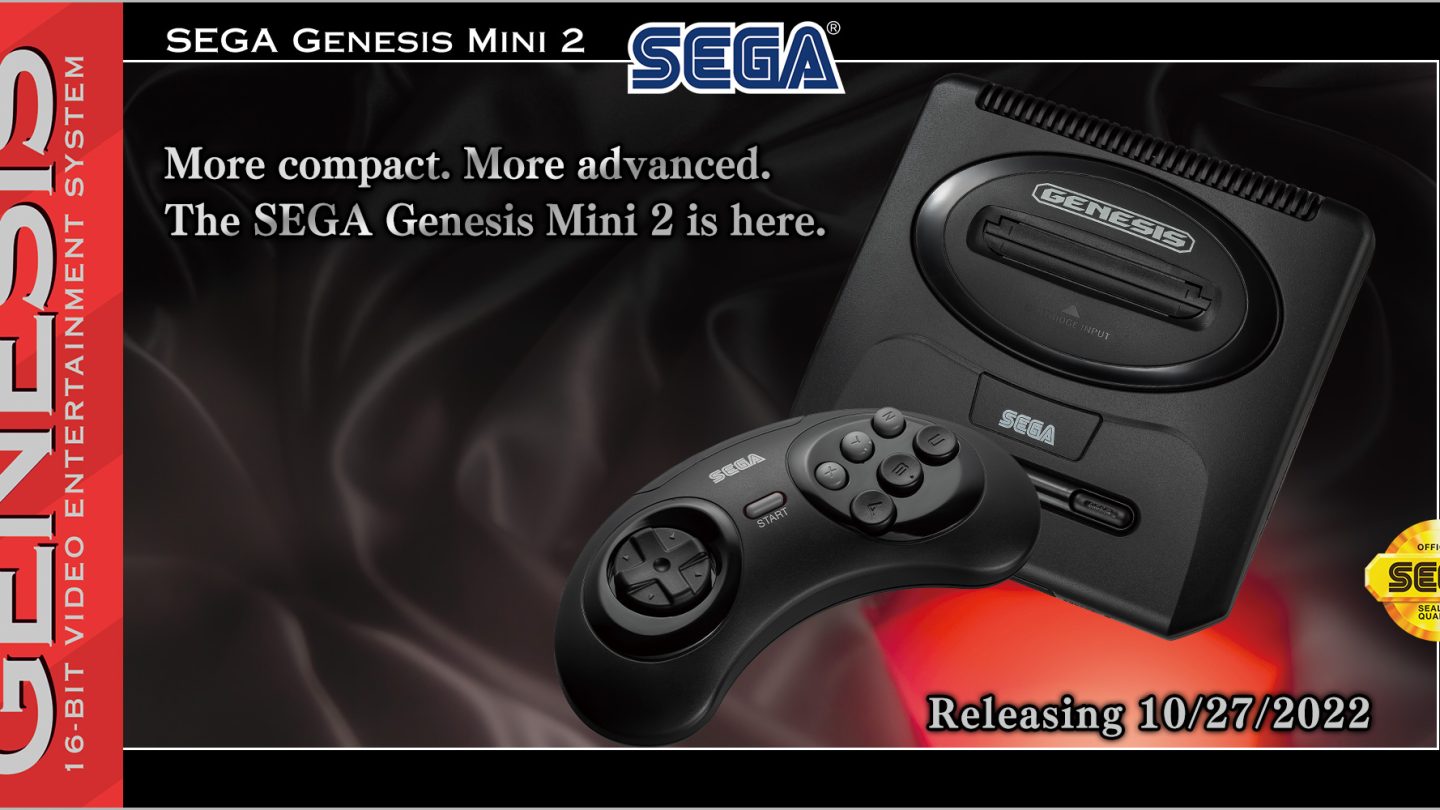 Nintendo might have abandoned the market, but the miniature gaming console is not dead yet. This week, Sega announced that its second-generation Genesis Mini is coming to the US in October. Sega says that the Genesis Mini 2 is more powerful than the original 2019 model. The company also confirmed that it will ship with over 50 games pre-installed.

As you can see in the video, the design has been updated to mirror that of the Sega Genesis Model 2. The wired control pad also has six buttons now instead of three. The retail box also includes a USB power adapter, a power cable, and an HDMI cable. Sega says the controllers released for the original Genesis Mini are compatible as well.

Aside from the design of the console, the biggest change is the device’s support for Sega CD games. Here are all of the games Sega has revealed so far:

Sega will presumably announce the rest of the games in the near future. There will also be “a never-released bonus game” on the mini console. You can preorder the Sega Genesis Mini 2 exclusively on Amazon for $103.80. Amazon also charges $21.99 for shipping because the console will ship from Japan for US buyers.