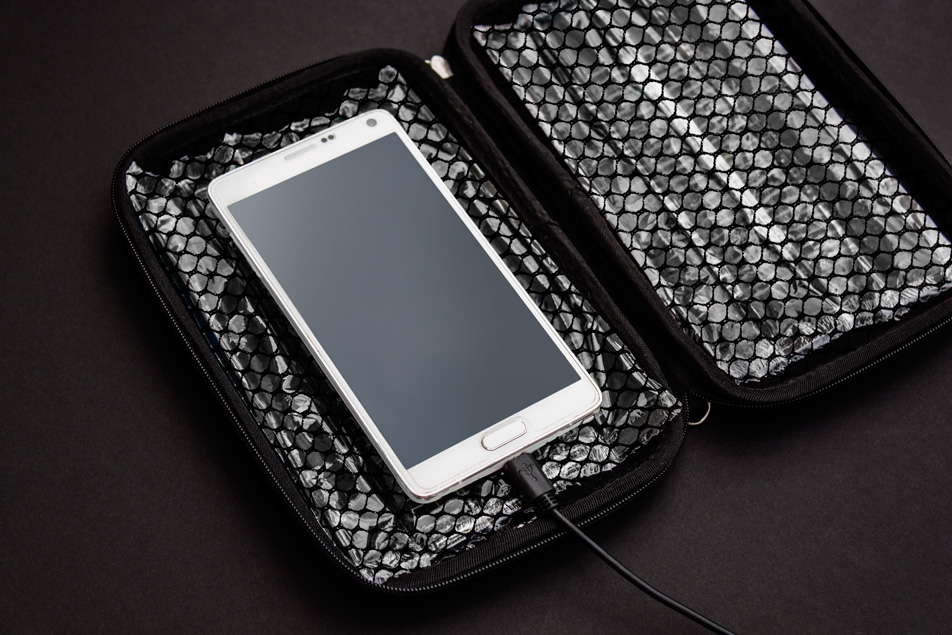 Exploding smartphones are the talk of the town right now thanks to the ordeal that Samsung is currently trying to cope with. A defect in the company’s most recent flagship smartphone caused some handsets to explode, and the problem still wasn’t fixed in a second round of “safe” Galaxy Note 7 phones that were issued as replacements. As a result, the company had to discontinue the phone completely and issue a recall for all models, old and new.

Thanks to Samsung’s debacle, every exploding phone is now news, like this story of an iPhone 7 that allegedly burst into flames and destroyed a man’s car. The buzz has become so widespread that now accessory makers are looking to capitalize on it, and one company has developed a case that it claims can protect you if your smartphone combusts.

Late last week, a company called GelTech Solutions announced a new product it calls ChargeSafe, a small portable pouch. According to the company’s press release, the case is designed to “protect smartphones against lithium-ion battery fires while storing or charging.” It seems to be less about protecting the smartphone though, and more about protecting you and your property in the event that your smartphone catches fire while charging.

The case is lined with proprietary fire-retardant material called FireIce Shield, which the company says can withstand and even extinguish fires up to 10,000ºF.

“It is now abundantly clear that, under certain conditions, faulty or damaged lithium batteries pose a serious fire risk with potentially devastating results,” said GelTech president Michael Reger. “The ChargeSafe case helps ensure devices powered by lithium-ion batteries do not cause a catastrophic explosion or fire. It can also make transporting these devices safer. While no technology can prevent a faulty or damaged battery from igniting, the ChargeSafe case can prevent anything worse from happening.”

If you’re paranoid about your smartphone battery potentially bursting into flames, this case seems like a fine solution. The ChargeSafe case should absolutely not be used as an excuse to hold onto your Galaxy Note 7, however. Note 7 phones have been combusting while in use, and GelTech’s case is only effective when a phone is sealed away inside the pouch while charging or being transported.

The ChargeSafe case costs $24.99 on GelTech’s website, and orders will begin shipping on December 1st.