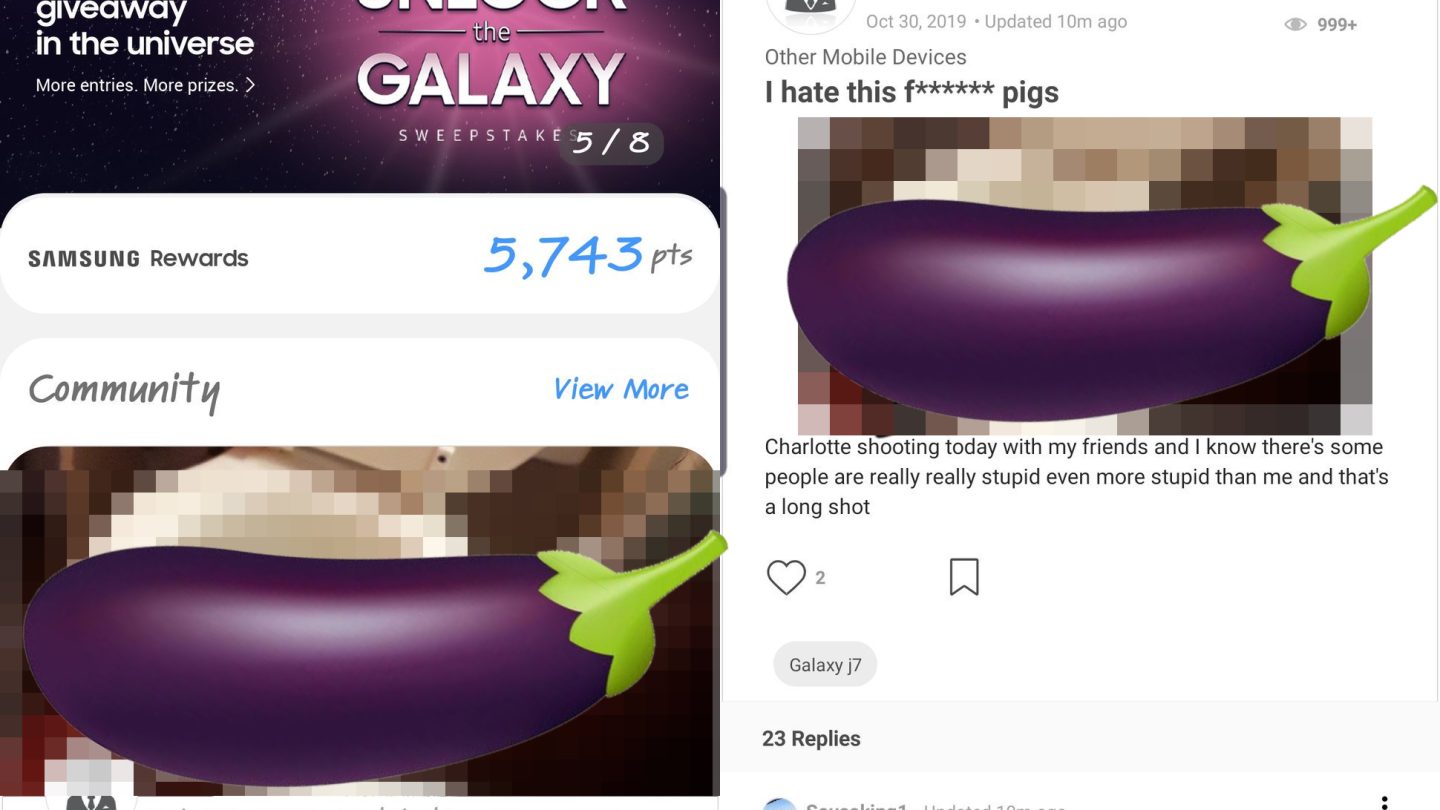 You might not realize this, but Samsung has its very own community social app for its users. It’s called Samsung Members, and it’s useful for troubleshooting and interacting with other Samsung fans. It’s apparently also useful for sharing photos of your genitalia.

Late Wednesday night, as much of the country was enjoying a tense finish to the World Series, the Samsung Members app was hosting a big ole donger. The phallic photo was apparently front and center on the front page of the app and remained there for hours before any action was taken.

A number of Samsung smartphone users began complaining about the bizarre incident on Twitter, screenshotting the app’s social feed which prominently featured the dingus. The posting was even more bizarre because it was accompanied by a strange rant about “stupid people.”

It’s unclear exactly how many people saw the post and photo, but the view counter notes that it had been viewed over 999 times. The counter apparently stops tallying views once that number is reached, so we’ll never know how many people got an unexpected tool in their face upon opening the Samsung Members app.

Dozens of other Samsung users replied to the post, most of which used it as an opportunity to complain about Samsung’s lack of moderation of the app. Others just had a good laugh at the expense of the dong-pic-poster and moved on.

It’s tempting to assume that whoever made the post accidentally chose the x-rated photo from their camera roll, but whatever the case, it’s clear that Samsung should probably beef up its moderation efforts to prevent such a thing from happening again. Then again, I’ve owned three Samsung smartphones in the past five years or so and never even knew this app existed, so perhaps this was the plan all along.