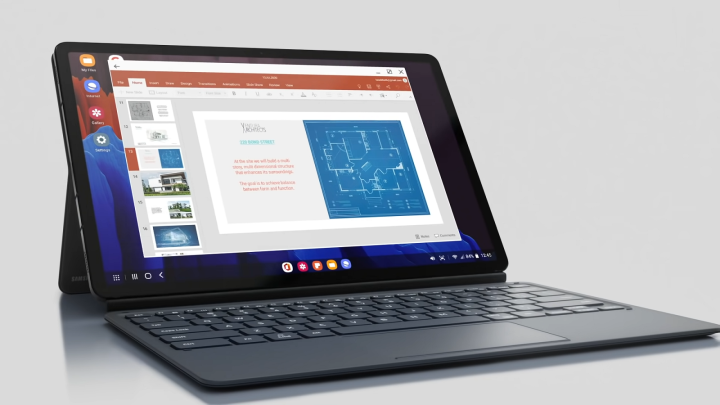 Just hours after Samsung quietly announced the budget-friendly Galaxy Tab S7 FE and Galaxy Tab A7 Lite tablets via a press release on its website, the company’s 2021 selection of flagship Android tablets has leaked. According to FrontTron (via SamMobile), Samsung has three new tablets in the works for later this year, including an all-new Ultra model with a truly massive display.

As SamMobile explains, the leak appears to have sprung in South Korea when the company sent out a survey that included details about unannounced products. All signs point to the products in the survey — Basquait 1, Basquait 2, and Basquait 3 — being the Galaxy Tab S8 line.

Basquait 1 looks to be the standard Galaxy Tab S8, and the leak reveals that the tablet will feature an 11-inch TFT 120Hz display and an 8,000mAh battery with 45W charging capabilities. It will also feature the “fastest next-gen” processor to go along with 8GB of RAM and up to 256GB of storage. Finally, the survey says that the Tab S8 will be 0.63cm thick and have a dual-camera setup.

Meanwhile, Basquiat 2 (which is likely the Galaxy Tab S8+) will be equipped with a 12.4-inch OLED 120Hz display and a 10,090mAh battery with 45W charging. It will feature the same processor as the Tab S8 and the same 8GB of RAM with up to 256GB of storage. It will come in slightly thinner than its less expensive sibling at 0.57cm, and there will be an in-display fingerprint scanner.

Finally, Basquiat 3 appears to be the codename for the brand new Galaxy Tab S8 Ultra. Samsung has launched a Galaxy smartphone with the Ultra moniker, but we’ve never seen an Ultra tablet from the company. It will clearly live up to its name, as the leak suggests that the Tab S8 Ultra will have a huge 14.6-inch OLED 120Hz display, a 12,000mAh battery that supports 45W charging, and consumers will be able to outfit the tablet with up to 12GB of RAM and 512GB of storage.

Every model will come with an S Pen in the box. All three of the Tab S8 models will also have four speakers and dual 13-megapixel and 5-megapixel cameras on the back. The Tab S8 and Tab S8+ will each feature an 8-megapixel front-facing camera as well, while the Tab S8 Ultra will have an additional 5-megapixel Ultra Wide selfie camera. Samsung will also sell a premium keyboard accessory for all of the tablets that supports a number of different modes and allows for a 165-degree field of view.

There will be WiFi, LTE, and 5G models of all three tablets. The tablets that are presumably going to be called the Galaxy Tab S8, Galaxy Tab S8+, and Galaxy Tab S8 Ultra will start at around $740, $1,120 and $1,320, respectively, based on SamMobile’s conversion from Korean won.