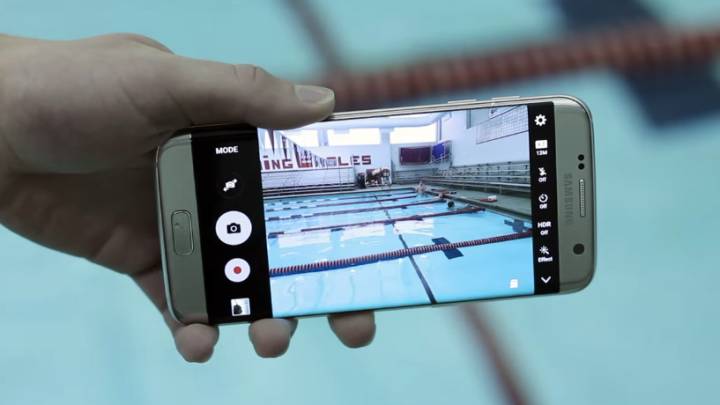 Early tests have shown that Samsung’s Galaxy S7 really seems to live up to the hype when it comes to being water resistant. A recent teardown video posted by YouTuber JerryRigEverything takes a deep look at all of the choices that Samsung made to help make the Galaxy S7 as water resistant as possible and he shows that Samsung has really put a lot of thought and creativity into the design of its latest flagship device.

The Galaxy S7’s glass panels do most of the work in keeping water out of the device and they’re buttressed by super sticky glue that’s been slathered around their interior edges.

Of course, the Galaxy S7 has a lot of different ports to account for as well. Here’s what Samsung did to secure other potential points of entry into the device:

The video does warn that the device’s motherboard is not waterproof, however, which means that if water does get into the device, it will likely damage its internal hardware. The good news, however, is that the Galaxy S7 also features stickers near its ports that change colors when touched by water, which should give you enough warning that your device has been penetrated by water.