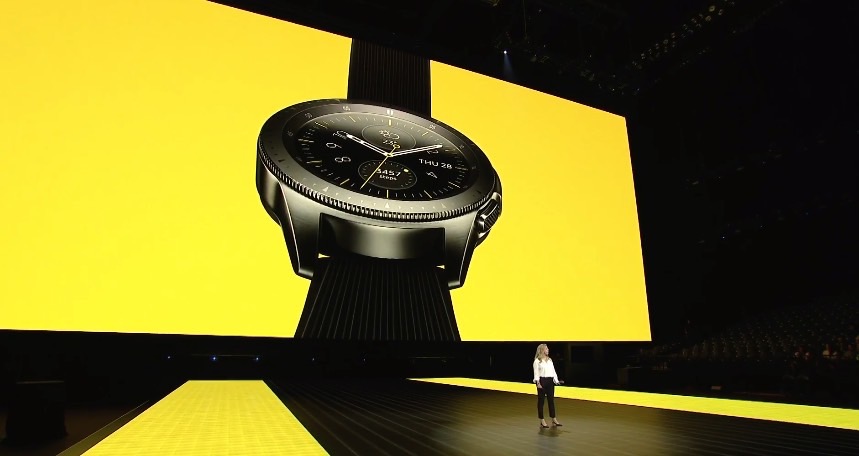 Samsung has been working on in-display fingerprint scanning technology for its phones for years, but if a newly published patent is any guide, the South Korea tech giant wants to bring the feature to its smartwatches too.

The folks at Patently Mobile spotted the patent, which was filed with the US Patent Office earlier this year, and hints at the possibility of Samsung using what it refers to as “force touch” technology in its smartphones, (which we already knew) but also smartwatches. This would appear to be an expansion of in-display fingerprint technology that’s expected to show up in next year’s Galaxy S10 models, which would be its first phone with such a sensor.

At this point, we should offer the usual caveat that patents are not guarantees that we’ll ever see this technology in the real-world, as companies file patents all the time. That said, it’s certainly interesting that Samsung has been thinking about adding this feature not only to smartphones, but also other devices.

An illustration depicted in the patent filing shows a Galaxy device with a fingerprint sensor on the back of the display. It’s able to read specific pressure from a finger press that the document refers to as “force touch,” with Samsung noting that the force touch recognition will be confined to the lower part of the display. The company says that display panels, touch sensors and electronic pen sensors may all eventually end up using the technology described in the patent.

Regarding the latter, the company says that such an electronic pen sensor would potentially be able to read a touch, gesture or some sort of “hovering input” from a pen. As far as the relevant display technology, it could include LCD, LED, OLED, MEMS or an electronic paper display, and a variety of different touch sensors including capacitive and pressure-sensitive are also being pondered.

Samsung, by all accounts, appears to be serious about having in-display fingerprint sensors be a core technology in some of the different S10 versions it will be launching next year. As we reported in recent weeks, there have been suggestions that Samsung may use ultrasonic sensors instead of the optical sensors available on competing devices. However,  patent applications reveal that Samsung has spent considerable time perfecting optical in-display fingerprint sensors, suggesting that various Samsung phones could make use of the technology in the near future.