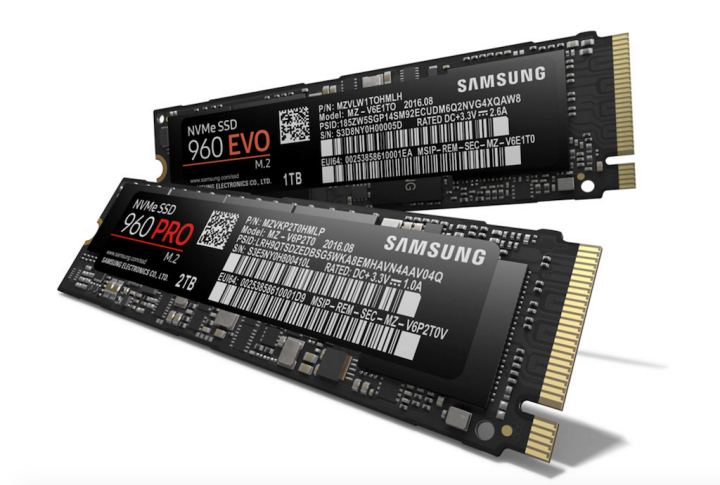 We just saw the first 1TB SD card in the world, albeit only a prototype at the moment. But now it’s time to look at new SSD hardware that’s even more impressive, and arguably more useful. If you’re searching for incredibly fast SSDs, Samsung’s got you covered.

Both 960 Pro and 960 Evo come with PCIe Gen.3 x4 lane interface, and they’re both M.2 NVMe drives. The Pro model is the most expensive of the two, and sports higher speeds, at 3,500 Mbps and 2,100 Mbps sequential read and write, respectively.

The 960 Pro is the world’s fastest, according to Samsung, and will come in a 2TB version, which will be the highest capacity commercially available for M.2 NVMe SSDs. 512GB and 1TB versions will also be available to buyers, with prices starting at $329.99. The 960 Evo, meanwhile, will ship in 250GB, 500GB, and 1TB options, with the cheapest model priced at $129.99.

What’s great about these drives is that they’re also rather affordable, as SSD pricing continues to drop while performance keeps increasing.

The two drives will launch worldwide in October. More details about each drive are available below, with Samsung’s press release available at this link.