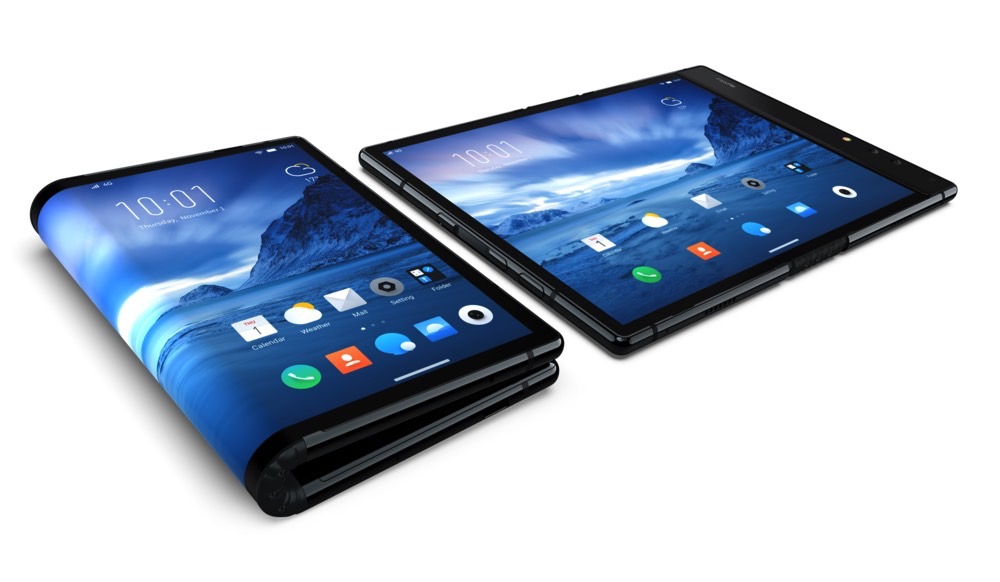 We didn’t see the Royole FlexPai coming back in November, which happens to be the world’s first foldable phone(image above). Royole is a Chinese device maker you probably never heard of, but the vendor came out with a foldable handset that you can already buy just as we were wondering whether Samsung would get the title or whether Huawei will beat the Korean giant with a foldable design of its own. Neither company is ready to sell foldable smartphones, but we do expect both Samsung and Huawei to deliver more polished experiences than the FlexPai. That’s not to say the Chinese company will not improve its foldable display tech. At CES 2019, Royole unveiled a rollable keyboard that can be used on any surface and connect to devices via Bluetooth.

The flexible keyboard that CNET spotted at CES, offers users a regular QWERTY layout in a novel design. The entire keyboard can be rolled into a stick that’s about as tall as a smartphone, making it incredibly easy to carry around.

To use it, you’d have to roll it out and place it on any surface. The flexible film is transparent, featuring a drawing that matches a regular laptop keyboard. However, it won’t deliver the same tactile feedback as a computer keyboard. It’s just a plastic film placed on a hard surface, so typing comfortably on it might take some adjusting.

However, if you want a keyboard that’s a lot more portable than existing keyboard accessories that can connect to mobile devices wirelessly, this Royole rollable keyboard could do the trick.
Not only is it super easy to carry around, but it’d also last for months while on standby.

That said, there’s no price for the device at this time, but CNET says the company plans to start selling it globally in the second quarter of the year.

Aside from the flexible keyboard, Royole also unveiled at CES a smart speaker with a flexible display, as well as a smart selfie stick featuring multitouch sensors around the handle.